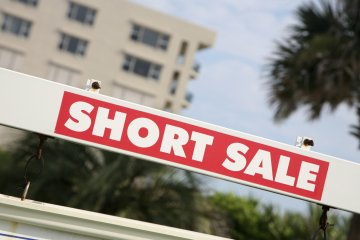 What are the tax implications of a short sale?
James Martin/iStockphoto/ThinkStock

Listen, you thought when you clicked on this article that you would be getting a glimpse into the exciting world of real estate taxes. But you're in for a real treat, because before we lift the veil on those, you get a crash course in mortgages. You're welcome!

When you owe more for a house that it's worth, you have what's called an upside down mortgage. Your loan balance, in other words, is more than the price of your home. While a lot of people default on the loan and the house goes into foreclosure, there is occasionally another option: a short sale. A short sale involves asking the mortgage lender to basically write off the unpaid debt, and just take the market value for the house in the sale. And despite its name, it's anything but quick – it takes a lot of negotiation and wrangling between the buyer, seller and lender.

Here's the not-so-hot news for those who are selling a house in a short sale: In general, the Internal Revenue Service considers the loan forgiveness or cancellation to be taxable income [source: Koontz & Associates]. That means that if you borrowed $350,000 for a house and then sold it for $200,000, you still have to pay taxes on $150,000 as if it was income.

After the financial crisis of 2007, there was a growing need to acknowledge that many homeowners needed a little help when it came to their underwater mortgage. The Mortgage Debt Relief Act excluded debt cancellation as taxable income. This was a huge boon to those who sold their house through a short sale; up to $2 million of debt forgiveness could be excluded from income.

The act was passed in 2007 and renewed through 2013. If you have a calendar in front of you, you might see the issue: 2013 is long gone. Congress has not, as of October 2014, renewed the Mortgage Debt Relief Act for 2014, which put a lot of homeowners with underwater mortgages in the tenuous position of either shouldering the debt of a staggering mortgage or accepting the hefty taxation from a short sale. Short sales, formerly about 10 or 12 percent of all real estate transactions, were cut in half in 2014.

All hope isn't lost. It's possible that Congress could retroactively pass an updated extension of the Mortgage Debt Relief Act for 2014. But if not? Expect that short sale to result in a sizable tax bill.

Lots More Information: What is the tax impact of a short sale?