What is a Section 179 deduction? 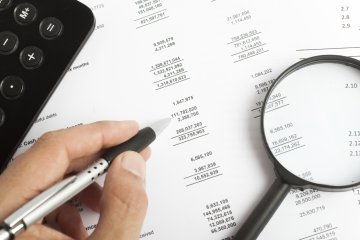 Section 179 deductions allow you to write off whole purchases in one tax year, instead of over several.
Minerva Studio/iStockphoto/ThinkStock

You know a tax deduction is particularly popular when it has its own informational website: Section179.org. Although, now that I think about it, another good reason for a deduction to have its own website is complexity. There's no getting around the fact that the Section 179 deduction is a little bit of both.

In short, Section 179 details a kind of depreciation you can use to write off certain expenses or purchases on your taxes. It's a real boon for small business owners or independent contractors looking to lower their tax burden for a single year.

When it comes to buying business property, you can generally deduct a portion of the expense over the course of several tax years using a method called depreciation. So, if you buy a $2,000 printer for your office, you can break up the deduction on your taxes over the span of its useful life. It's handy if you're looking to lower your taxes several years in a row, not just once.

Section 179 works a little differently. It will let you deduct the entire amount in one year, rather than splitting it up over the purchase's useful life. This might seem downright decadent if you need to buy a ton of equipment or property in the same year. And to stimulate the economy from 2010 to 2013, the limit for a Section 179 deduction was a whopping $500,000. By 2014, it had been lowered to $25,000, although it's possible that Congress could retroactively raise that limit [source: Fishman].

While this combination of high dollar amounts and one-time deductions may seem like a financial free-for-all, there are some hard and fast rules to follow. First off, you have to make sure the property is used for business more than half the time. That laptop you use to check your work email once a day from home and stream movies on the rest of the time? You can't deduct it under Section 179. In addition to having to use your purchase for at least half business, your deduction is reduced depending on how much you use it for personal reasons.

Also, the deduction has to be used for tangible property — not a copyright, for instance, or even land. And that tangible property has to be the result of an actual purchase — no claiming deductions on gifts or leases. Lastly, you can't deduct more than your net taxable business income for the year, even if you made less on your business than the maximum allowable deduction under Section 179.

If you're looking for big deductions, see if any of your large business purchases this year qualifies under Section 179. But keep in mind that the regular method of depreciation can save you money over several years, rather than just once.