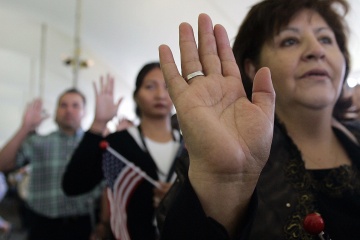 Resident aliens of the U.S. take their oath of citizenship during a 2006 naturalization ceremony.
Jim Watson/AFP/Getty Images

If you are a foreign national working in the U.S., you'll have to pay U.S. income tax on your earnings. Tax laws can be complex, and the way tax laws are applied to foreign nationals is no exception. We can help. The key to sorting out income taxes if you're a foreign national is determining your status as an alien and then figuring out which tax laws apply to you. We'll break down this process into steps to make it easier to understand.

The specifics of how you'll be taxed vary based on what country you're from, who you work for or what type of student you are. It would be impossible for any single article to cover every possible situation, so before you file your taxes, check with your employer or school -- they likely have staff available who are used to dealing with these types of issues. No matter who (or what) you consult, make sure they specifically have experience and knowledge in dealing with tax laws for foreign nationals.

The Internal Revenue Service (IRS) classifies alien workers as resident or nonresident aliens or dual-status aliens. It's important to understand that your tax status does not depend on your immigration status. In other words, the IRS has its own rules for deciding if you're a resident, and you might be taxed as a resident by the IRS while you technically remain a nonimmigrant alien with U.S. Citizenship and Immigration Services.

From here, we'll dive right into the details of your tax status, learn how to figure out your taxes if you're both a resident and nonresident alien in the same year, determine what types of income is taxable and see what kinds of deductions you can make. The good news is, there's a chance that properly filing your tax return as a foreign national will actually save you money.

Are You a Resident Alien? 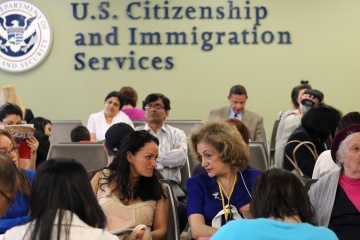 There's some math involved in calculating the substantial presence test, but it's pretty straightforward. But we're not done yet. There are two exceptions, and any day you qualify for an exception doesn't count toward your substantial presence total. The first exception is the exempt individual exception. If you are a teacher, trainee or student with a specific type of visa (J or Q for teachers and trainees, F, J, Q or M for students), you're exempt from the current year. This is limited by the number of times you've used this exemption, up to twice in the last six years for teachers and trainees, and a limit of five years for students, although both of these limits can be extended. Professional athletes engaged in a charitable sporting event are exempt the day of the event, and anyone working for a foreign government is also exempt. Note that any family members with visas derived from yours also will be considered exempt if you are.

The other exception is called the closer-connection-to-a-foreign-country exception. This one is a bit fuzzy, as it requires convincing the IRS that your contacts in your home country are more significant than your contacts in the U.S. You only qualify for this exception if you were in the U.S. fewer than 183 days in the current year, and you have a tax home in your home country. Because there's no guarantee that the IRS will accept this exception, it's considered a last resort for anyone who wants to preserve nonresident alien status.

What about nonresident aliens? And what happens if your status changes halfway through the year? We'll explain dual-status aliens in the next section.

Dual status depends on which kind of resident alien status you have: lawful permanent resident or substantial presence. In the case of LPR, your term as a resident alien begins the first day you're in the U.S. with your green card. It ends the day you terminate your green card or it is revoked. The remainder of the year, you're considered a nonresident alien, so you will file as a dual-status alien.

There are, of course, exceptions. First, substantial presence will be considered to last through to the end of the calendar year unless you establish a connection to a foreign country, including a tax home in that country, before the end of the year. Also, if you have resident alien status at any point in the year for two consecutive years, you're considered a resident for that entire period. In other words, you can't be a resident, switch to nonresident at the end of the year, start the following year as a nonresident and then switch back to resident. This is known as the non-lapse rule.

Finally, some nations have tax treaties with the U.S. You might be exempt from resident alien status for tax purposes, or there might be other tax regulations you have to follow according to your home country, depending on the specific treaty between your home country and the U.S.

Now that we've established what resident alien status is, it's time to look at what taxes those folks actually owe and whether they need to file a tax return at all.

What Taxes Do Resident Aliens Owe? 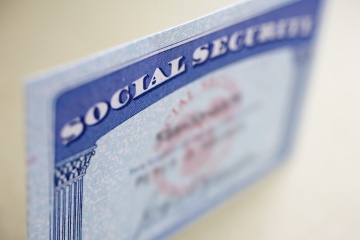 Need one of these? You can download an application online.
Peter Nguyen/iStock/Thinkstock

Before you can file a tax return, you must have either a Social Security number (SSN) or an individual taxpayer identification number (ITIN). If you're eligible to work in the U.S., you already have an SSN, because it's required to work in the U.S. Acquiring an SSN if you don't have one yet requires you to submit an application to the Social Security Administration, which you can download at the agency's website. You also can visit your local Social Security office. To get an ITIN, you have to fill out form W-7 and bring it to the proper IRS office with the appropriate documentation (call ahead, as not all IRS offices give out ITINs). If you're not in the U.S. yet, the U.S. consular office in your country can help you get an ITIN.

A quick overview of the U.S. income tax system will make it easier to understand the rest of the process. The IRS is the government agency that collects taxes. The agency doesn't track your income and assess your income tax for you -- you have to do it yourself. Your employers should send you documents at the end of the year showing your income. Other sources of income, like interest, capital gains or real estate income, you will have to keep track of yourself. All of this income must be reported to the IRS using the proper forms (we'll get into which forms to use shortly).

The other important thing to know is that your U.S. employer withholds part of your income to be put toward your income tax. When you file your taxes, there's a chance the amount withheld exceeds the amount you actually owe, in which case you'll get a refund either through a check mailed to you or via a direct deposit in your bank account. While the process of submitting a tax return is onerous, you could get a significant amount of money back.

If you're a resident alien, there's good news and bad news. The good news is that you're taxed just like a U.S. citizen. There's plenty of documentation and assistance available for dealing with that kind of taxation (you even use the same forms: 1040, 1040A or 1040EZ), but it's far too large of a topic to cover here. The bad news is that resident aliens get taxed on their worldwide income. Any money you earn, no matter where you were when you earned it or where the employer that pays you is located, is subject to U.S. income tax.

Up next, nonresident and dual-status aliens.

Taxes for Nonresident and Dual-status Aliens

If you're a nonresident alien, less of your income will be taxed, but figuring out how much is a more complicated process. You're taxed on business and trade-related earnings, as well as interest on investments. Investment earnings are taxed at a flat 30 percent, and you can't take any kind of deductions from those earnings. Business and trade income is taxed the same as it is for U.S. citizens and resident aliens, at varying rates based on the amount of income. You can deduct certain expenses from this income -- the details of tax deductions are, again, beyond the scope of this article. You'll use form 1040NR or 1040NR-EZ to file your taxes (if you have investment income, you can't use 1040NR-EZ, it has to be 1040NR).

There are a few other options and exceptions to be aware of. For example, many of these tax rates and rules may be superseded by any tax treaties between your home country and the U.S. Also, taxes you pay to your home country may allow you to take a foreign tax credit whether you're a resident or nonresident alien (some countries are not eligible for this). Do note, however, that nonresidents cannot take a foreign taxes deduction (Schedule A) like residents can. If you meet a particular set of criteria, it's possible to choose resident status for a year when you would otherwise have nonresident status. A tax expert or tax prep software can help you determine if you can and should use this exception, known as first-year election.

One final point: You also will probably have to pay income tax in the state or states where you work and reside while in the U.S., but the exact amount and how the state's income tax laws handle foreign nationals varies from state to state.

The U.S. tax system can be a maze even for U.S. citizens. Add in the complications of being taxed as a foreign national, and the possibility that English isn't your primary language, and it can seem incredibly difficult to understand. Because there are so many variables, based on your home country, the state you're in, the tax treaties involved and other factors, seeking out professional tax resources at your place of employment or school would be very helpful.