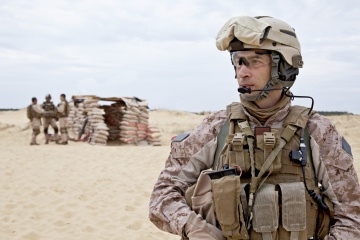 Some individuals qualify for even more time. Armed forces members serving or hospitalized in an active combat zone get 180 days to file after returning home. Plus, you get the amount of days that you could have had to file taxes before entering the combat zone. This happens automatically, and these folks don't need to file an extension form [source: TaxAct].

Members of the military on duty outside of the United States and Puerto Rico get an automatic two-month extension and have until June 15 to file.

The same rules apply to citizens or residents of the U.S. who live and work outside of the country or Puerto Rico. Those people typically owe taxes by June 15, but if you need more time to prove that you're a bona fide resident of a non-U.S. country, file Form 2350, Application for Extension of Time To File U.S. Income Tax Return [source: IRS].

Business tax filers can also get an extension, and most can file Form 7004. In general, partnerships, LLCs, trusts and estates fill out Part One, on line 1a, for a five-month extension, and corporations (C corps and S corps) fill out Part Two, on line 1b, for a six-month extension. There are some exceptions with estates or multi-partner LLCs. If you are a freelance or contract worker and file taxes as an individual, opt for the individual Form 4868 for your extension.

If you typically file in April, the due dates are the same as those for individuals and joint filers, but for corporations, income tax extensions go by fiscal year. Be sure to file on or before the 15th of the third month after the end of your tax year — which means if you are a calendar-year taxpayer, you file by March 15.