Who Qualifies for Tax Extensions? 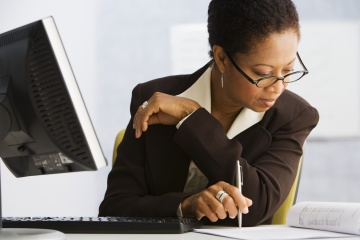 Whether you're filing as an individual or part of a couple, you qualify for an extension.
Fuse/Thinkstock

The IRS allows federal taxpayers to extend their tax deadline as long as the extension request is made no later than the original or standard tax due date. For most of us, that's April 15. As long as you get your forms in on time, the extension is automatically granted. That means you can have six additional months to file, bringing your tax deadline to Oct. 15. That's generally the maximum amount of extra time granted.

States allow for extensions, too, but each has its own set of rules for how to file. There are seven states without income taxes at all and two additional states with no income tax on wages (but dividends and interest are taxed there). Three states — California, Wisconsin and Alaska — give residents an automatic state extension [source: TurboTax]. Refer to your state government website for links to local tax extension forms and information.

Filing an extension is free. If you owe taxes, however, there's no extension of your payment due date. Whether filing federal or state taxes, you must still file your return and pay estimated taxes by the original tax deadline. Otherwise, you'll be charged for each month or partial month that it's unpaid — up to 5 percent of your bill per month or partial month in which you're late, or up to 25 percent of your total bill.

If you don't file an extension and owe tax, you'll pay a late filing fee on top of interest. For those who make a payment later than 60 days after the due date, the penalty is at least $135 or 100 percent of your total bill [source: IRS].