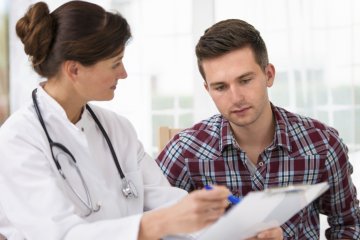 One of the many aims of the Affordable Care Act of 2010 was to make health coverage more accessible to a wide range of people. Employees of small businesses are often uninsured or underinsured because their employers, for financial or other reasons, don't provide health coverage. So a small business health care tax credit program was created as part of the ACA to encourage more small-business owners to buy health insurance for their workers.

The small business health care tax credit is refundable, meaning that an employer can collect a refund if the credit exceeds the business's tax obligation. For the tax years 2010 through 2013, an employer could take a maximum credit of 35 percent through the program. Small tax-exempt businesses could receive at most a 25 percent credit. In 2014, these percentages increased to 50 percent and 35 percent, respectively. Employers can claim a business expense deduction for any premiums they pay in excess of the credit, allowing them to take advantage of both deductions and credits on health care expenses for their employees. Starting in 2014, the credit is available only for two consecutive years -- but employers do have the option of amending their tax returns to claim the credit. This option is good for three years after a return was filed, or two years after a payment was made for that year.

Another change for 2014 is that the employer's health plan must be offered through the Small Business Health Options Program (SHOP) marketplace, which was established through the Affordable Care Act. For more information on how SHOP works, keep on going to the next page.

How the SHOP Marketplace Works

The Small Business Health Options Program (SHOP) marketplace was conceived as a virtual space where small-business owners could shop for, compare and buy health insurance plans for their employees. It opened in 2014, with some states running their own SHOPs and the federal government operating the rest. (As of July 2014, 17 states and the District of Columbia had state-based SHOPs, and the federal government was in charge of the other 33 states [source: Health Affairs].) The plan was to start off with a one-size-fits-all approach, with employers selecting one plan that would work for all of their employees. Then there would be a transition into an employee choice model, similar to the individual marketplace on Healthcare.gov. Under employee choice, workers would be able to pick from a range of plans on the bronze, silver, gold and platinum levels, based on amount of coverage, premium costs and out-of-pocket expenses.

But that transition hit a few snags. In April 2013, well before the SHOPs opened, the Department of Health & Human Services announced that mandatory employee choice wouldn't start until 2015. And then in May 2014, that deadline got pushed to 2016. As of the end of 2014, all of the state-run SHOPs had already implemented employee choice. Fourteen of the federally run SHOPs were expected to offer it in 2015, with the rest joining in 2016 [source: Health Affairs].

Enrollment in the small business health care tax credit program and use of SHOP has been slower than expected at the start, with detractors saying that the employee and salary guidelines are too narrow and exclude many businesses that could benefit from the program. Insurers in some states have been slow to sign up, too, so employers don't have much of a choice when they're SHOPping. But things are expected to ramp up in 2016 when employee choice is finally mandatory across the board.

To learn more about the world of health care reform and tax credits, take a look at the links on the next page.

It boggles the mind to think of all the money and work that goes into creating such a system, and then to have it not well-received. One article I read said that only 100 businesses had signed up in the state of New Jersey.

Can you get credit cards after being discharged from bankruptcy?
How Cyber Monday Works
I'll Give You $12.90 for That Sweater — or How Precise Bids Can Pay Off