How Repealing the Johnson Amendment Would Change Churches and Charities

by John Donovan Dec 13, 2017
A provision in the GOP proposed tax bill could have massive changes for churches and charities. Minette Hand/EyeEm/Getty Images

Deep in the 420-plus pages of the tax reform bill that Republicans are trying to squeeze through Congress are a few lines that would allow some tax-exempt organizations like churches and charities to endorse or oppose political candidates without fear of government blowback.

Repealing what is known in the tax code as the Johnson Amendment is, to many, a dangerous and radical stomping on the long-held line that separates church from state. The repeal could lead, many warn, to politicking from the pulpit and an unprecedented flow of tax-free political money into houses of worship and charities.

Maybe even worse, the big-bucks windfall, some fear, could force these organizations — known by their tax code standing, 501(c)(3)s — into taking sides in an increasingly partisan nation.

It's a dire prediction because, if you can't get away from politics at your local soup kitchen or neighborhood church, where can you go?

President Donald Trump has stumped for the measure, framing it in First Amendment terms earlier in 2017 when he said, "I will get rid of and totally destroy the Johnson Amendment and allow our representatives of faith to speak freely and without fear of retribution." Well-funded right-wing groups like Ralph Reed's Faith & Freedom Coalition and the Alliance Defending Freedom have backed him, and are pressuring Congress to include a repeal of the Johnson Amendment in the final version of the tax reform bill. (The measure is now in the House's draft of the bill, but not the Senate's version. The two bills must be reconciled into one before it can be passed into law.)

On the other side of the debate are more than 4,000 faith leaders, more than 100 religious groups (including Catholics in Alliance for the Common Good, several Baptist groups, the Episcopal Church, the American Jewish Committee and the Seventh-day Adventist Church in North America) and more than 5,000 nonprofits that are in favor of keeping the Johnson Amendment, which has been part of the tax code for more than 60 years.

"The groups that are directly impacted [by the proposal] are all telling Congress not to do this. And that should tell us something," says Amanda Tyler, the executive director of the Baptist Joint Committee for Religious Liberty. "And it's not just Washington groups. It's constituents across the country who are raising real concerns about what this would do to their communities."

How the Johnson Amendment Works

Introduced in 1954 by then Texas Sen. Lyndon B. Johnson, the Johnson Amendment limits what tax-exempt organizations can do insofar as participating in or intervening in elections. The thinking behind the original amendment was this: If a group is getting public money (in the form of a tax break), that group shouldn't be able to use that money to try to influence elections.

Some object to that idea as a governmental overstep, favored tax status or not.

"There is an issue of principle here, that the government should not be influencing what clergy do during worship services, for example. The government shouldn't be reviewing a pastor's sermon to see whether or not he or she is endorsing a candidate for public office," Alan E. Brownstein, a law professor at the University of California, Davis, tells HowStuffWorks. "The government should just keep its nose out of what happens in a house of worship. The other purpose or goal [of a repeal] is to facilitate the political involvement of these churches in political campaigns."

Increasingly, influential right-wing groups, feeling stymied by the Johnson Amendment in trying to get candidates who they favor into office, have argued that tax-exempt status shouldn't hinge on what a pastor or rabbi says. They, like Trump, cry free speech foul.

"It's very frustrating. It makes me crazy," Maggie Garrett, the legislative director for Americans United, says. Americans United is (according to its website) "For Separation of Church and State." The group opposes messing with the Johnson Amendment.

"The Johnson Amendment doesn't say that churches and religious organizations can't have a voice in politics. From the pulpit you can preach on all sorts of social issues. You can talk for or against abortion being legal. You can talk about LGBT rights or the opposite end. You can talk about all these issues," Garrett says. "It's really not about whether you can be engaged in politics. It's really about whether or not you can be engaged in elections."

The right disagrees. "Under current law, spending one dime on politics out of hundreds of millions of dollars or making one political comment is the death penalty for that nonprofit," the Faith & Freedom Coalition's Reed told the Wall Street Journal.

What Repealing It Could Do

The proposed repeal isn't really a repeal. It is, in its words, "qualifying" the Johnson Amendment. Here's the exact text. (We added italics at the end to indicate the major change in the wording.)

Current law: Under current law, an entity exempt from tax under Code section 501(c)(3) is prohibited from "participating in, or intervening in (including the publishing or distributing of statements), any political campaign on behalf of (or in opposition to) any candidate for public office."

Provision: Under the provision, this language, known as the Johnson amendment, is qualified so that an organization exempt from tax under Code section 501(c)(3) would not fail to be treated as organized and operated exclusively for its respective non-profit purpose for engaging in political speech, assuming such political speech is made in the ordinary course of the organization's business and the associated expenses of that speech are de minimis.

The proposal is a bit nebulous. What is "the ordinary course" of business? What are "associated expenses?" What constitutes "de minimis" (which, basically, means "small potatoes")?

Certainly, proponents of a repeal read the wording as a green light for churches and charities to endorse a candidate without fear of losing tax-exempt status. Opponents read: limitless money, never-ending politicking, neighbor against neighbor, congregant against congregant.

All this partisan bickering could take place in what has been seen by many — perhaps naively — as safe spaces free of politics and the stain of money.

"I think there's a sense among a lot of religious people and clergy that they want people to be able to come together in their houses of worship and put some of the political tensions and disagreements aside. Leave it at the door," Brownstein says. "To the extent that you see this country being politicized and torn apart through all these political issues, I think a lot of people see a house of worship as a sanctuary."

The Cost of Repeal

As with all things politics, money plays a huge part in this debate. According to Congress' Joint Committee on Taxation, the provision to re-work the Johnson Amendment would cost the country $2.1 billion from 2018 to 2027. The JCT figures money from political donors that normally would be taxed would instead flow, tax free and virtually unlimited, into 501(c)(3) groups.

The provision also could be bad news for a lot of charities and nonprofits who have built their organizations and reputations on rising above partisan politics.

"Charities and foundations have worked for years, decades and centuries to build the public's trust," Tim Delaney, president of the National Council of Nonprofits, told the Wall Street Journal, "and we don't want to be dragged down by toxic partisanship."

The fear of big-money donors demanding endorsements in return for contributions — a new altar for getting behind Candidate Y, an extra million for sick kids in exchange for an op-ed on the website favoring Candidate X — is very real among those who oppose a Johnson Amendment repeal.

"In many ways, [houses of worship are] one of the last truly ideologically politically diverse places in our society for people to gather. We want to preserve that and protect it," Tyler says. "And the same is true for our broader nonprofit charitable community, that people come together for the sake of a mission they believe in regardless of who they vote for. That kind of solidarity and community could really be destroyed by this change."

Congress is working now on aligning the two versions of the tax reform bill. Republicans anticipate a vote before Christmas; no Democrats are expected to vote in favor of it. Whether a final version will contain the House's Johnson Amendment fix is still unclear, as is the fate of tax reform overall.

But thousands of people all over the U.S. will be watching. Some may even be praying.

Now That's Interesting
The argument that the Johnson Amendment is a violation of the First Amendment right to free speech is an old one and, legally, a bad one. The Supreme Court unanimously found in 1983 that the government did not infringe upon the rights of a 501(c)(3) organization through the Johnson Amendment, but had "simply chosen not to subsidize ... lobbying out of public funds."

How Do Christmas Trees Get Their Shape? 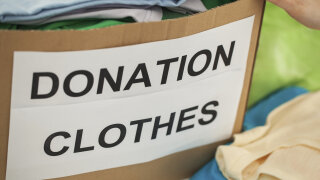 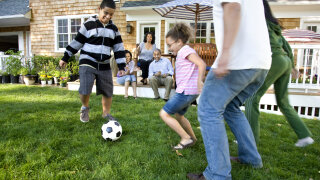 10 Tax Exemptions You Should Know 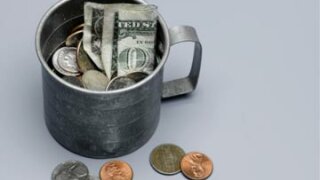