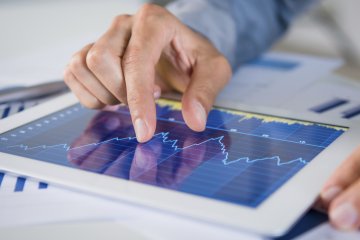 If you make enough money, and enough of it is investment income, you may be subject to an extra tax.
Ridofranz/iStockphoto/ThinkStock

Governments have lots of reasons for taxation, but the biggest — and most obvious — is that they need money. From levies on paychecks and purchases to excises for gifts and inheritance, there are few sources of income that the government won't eye as a source of funds to keep it (and all of its programs) running. When one well runs dry, the feds sometimes just dig another one by creating a new tax.

Take, for example, the Net Investment Income Tax. This was enacted in 2010 for one simple reason: The U.S. government needed to raise money, specifically to cover some of the costs associated with the Affordable Care Act. Perhaps it's no surprise, then, that the NIIT's roll out was less than smooth. The Internal Revenue Service released final regulations detailing the tax and its application in November 2013, just two months before the end of the tax period in which it took effect [source: Erb].

The good news for most taxpayers is that this complicated tax only applies to the wealthiest people in the country. There's also a trick or two for getting around it.

To calculate net investment income, a person can first deduct certain expenses related to these various sources of income. That includes brokerage and financial advisory fees, interest expenses and tax preparation costs, as well as those related to maintaining a rental property. Fiduciary fees are also deductible for taxpayers whose investment income derives from an estate or trust [source: IRS].

Even if he or she comes out in the black after making all those subtractions, a taxpayer (or a couple filing jointly) also has to meet a certain income threshold to be subject to the NIIT. A married person filing separately is on the hook for the tax only if he or she has at least $125,000 in adjusted gross income over the relevant year. The threshold figure jumps up to $200,000 for single folks and those who file as a head of household. That category applies to an unmarried person who pays more than half of the costs (rent, mortgage, etc.) to maintain a home for the person and one qualifying dependent, like a child or another family member. The minimum income for NIIT purposes rises another $50,000 to $250,000 for married couples who file a joint tax return and widows and widowers who meet certain qualifying criteria [sources: IRS, IRS].

For taxpayers who derive income from an estate or trust, the NIIT kicks in if you have net investment income that hasn't been distributed, and you also have adjusted gross income greater than the dollar amount at which the highest tax bracket for an estate or trust begins. In 2014, that amount is $12,150 [source: IRS].

Generally, the NIIT is a 3.8 percent levy on the lesser of two figures:

In the case of estate and trust investors, the 3.8 percent rate applies to:

As you may have noticed by now, the NIIT is likely to apply to a relatively small segment of high earners who derive at least some of their income from passive sources like owning property or making financial investments. Indeed, the income threshold that has to be reached in order for the tax to kick in cuts the NIIT-paying public down to about two percent of American taxpayers [sources: IRS, Nitti].

A closer look shows that, in actuality, it is an even smaller slice of wealthy Americans who are on the hook for most of the tax. The NIIT is expected to raise $123 billion from 2013 to 2019. A Tax Policy Center analysis indicates that the country's wealthiest one percent will bear 88 percent of that tax bill. Drilling down even further, the analysis shows that more than half of the NIIT will be paid by the richest 0.1 percent of Americans [sources: IRS, Nitti, Tax Policy Center].

If your financial situation means you're on the hook for the Net Investment Income Tax, there are some things you can do to reduce (or eliminate) your tax burden. Whether any of these options are feasible for you may depend on how much money you're losing to the tax. And, perhaps, how much you like your spouse. By divorcing, a married couple increases the threshold at which they will be subject to the NIIT from $250,000 to $400,000 ($200,000 per person) [source: Erb].

Taxpayers looking for a less aggressive way to cut down on the NIIT have at least a couple of other options. Most of them are aimed at reducing or eliminating investment income or lowering adjusted gross income so that it falls below the threshold level at which the tax kicks in [source: Erb].

One method is to invest in your state or local government. That's right, money earned on interest and dividends from state and municipal bonds isn't considered investment income. It also isn't included in a taxpayer's adjusted gross income, meaning that it can help shield you from the NIIT if you make money on other investments [source: Erb].

Feeling generous? Consider donating investment property to a charity, so that you can deduct the gift from your income and won't be forced to recognize any appreciation in value as a capital gain. Or, loan some money to your business: Interest payable isn't considered investment income if the company is yours and the venture is legitimate. If you play an active role in the business, you can also avoid paying the NIIT on any money earned from it, even dividends and royalties [source: Erb].

If the bulk of your investment income comes from real estate, rather than running a business or working a full-time job, you may want to consider hitting the books. While rents are generally subject to the NIIT, the tax doesn't apply to license realtors who spend a significant chunk of their work time on real estate endeavors [source: Erb].

Wondering whether the tax will kick in if you sell the old homestead? The NIIT tax doesn't apply to the first $250,000 ($500,000 for a married couple) earned on the sale of a private residence. That's because the IRS doesn't count this money when calculating adjusted gross income [source: IRS].