Why is there additional Medicare tax? 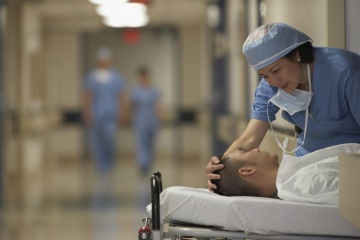 The IRS implemented the additional Medicare tax in 2013 as part of the Affordable Care Act. The tax only applies to people with income above a certain level.
ERProductions Ltd/Blend Images/Getty Images

When the Affordable Care Act passed in 2010, people made a lot of fuss about the tax repercussions. Many Americans were surprised to see that some of those taxes weren't even showing up on returns until years later, after the act made its way through the Supreme Court to final approval.

So some folks got a bit of a shock in 2013 when they filed their taxes and found that -- on top of the usual Medicare withholding -- they were now responsible for an additional Medicare tax that only applied to a select few.

This Medicare tax is a little bit different from others, and deserves its designation as "additional." Traditionally Medicare tax is applied to each worker (in the form of withholding from an employee's paycheck or a self-employment tax), but the additional Medicare tax applies to the combined income or earnings of a couple [source: Pear].

That's not to say that some single people don't have to pay it. But it means that it depends on the total earnings of your household, and not your individual responsibility. And the good news for most folks is that it's a tax on higher income people. You're not responsible for the additional Medicare tax unless you (or you and your spouse) make over a certain amount of money.

On the other hand, if you both make $200,000, you're not going to get any tax automatically withheld -- but you'll still have to pay that 0.09 percent tax on $150,000, since it's over the $250,000 limit for married couples filing jointly. Unfortunately, you can't just ask an employer to withhold the additional Medicare tax automatically [source: IRS]. You can make estimated payments on the tax, or you could request additional withholding in general on your paycheck, through a W-4.

10 U.S. States With the Lowest Cost of Living
10 Most Common Questions About Taxes
How Credit Reports Work