by John Donovan Dec 9, 2016
About $3.3 trillion in U.S. tax revenue comes in every year from people who voluntarily pay their taxes. An additional $50-$60 billion comes from enforcement. Hocus-Focus/Yuji Sakai/Getty

Rich people, it seems, get away with everything. They live charmed lives jetting around on private planes that whisk them to exotic locales where they lounge on luxury yachts and nibble Beluga caviar.

They don't even have to pay taxes, do they?

Well, of course they do. And luckily, your friendly neighborhood Internal Revenue Service agent is on the job, making sure the super-wealthy in the U.S. fork over their fair share. Since 2010, the IRS has unleashed a team of tax collectors that, officially, is named the Global High-Wealth Industry group.

Unofficially it's known as:

So, it's not exactly the Justice League of America.

Going After the Rich

If you're all about taking money from the bad guys, or at least the rich people who don't want to cough up their dough, the Wealth Squad is where it's at. Their goal (from an official IRS document):

To look at the complete financial picture of high wealth individuals and the enterprises they control.

We're talking audits on people with a net worth of millions and millions of dollars. Billions, even. And remember: The super-rich don't like to be audited.

"This is the world we live in, in the last 20 years or so, where these people have net worths that are of a size that used to be reserved for institutions," says Stanley I. Langbein, a Harvard-trained tax lawyer and a professor at the University of Miami School of Law. "When I was practicing law in 1980, we represented someone named Marvin Davis, who was a Denver oilman. At that time, Marvin Davis was the only billionaire in the United States. Of course, now ..."

Now, according to Forbes, there are 540 billionaires in the U.S.

Audits, as scary as they may sound, are not very common. The IRS handled some 192 million tax returns filed in 2014. For fiscal year 2015, the agency "examined" (a word the folks there have for audited) fewer than 1 percent of them — 0.7 percent, to get IRS precise. (Most of the audits don't involve a black-suited dude with no humor poring over receipts on your living room table, by the way. Most are done via email or regular mail.)

The actual number of returns that the IRS audits has been slipping steadily since 2010, too, because (the IRS says) of funding cuts and sequestering, the automatic cutbacks mandated by Congress in 2013.

The IRS, it seems, can't afford to go looking for all its money.

Still, the IRS knows where the real cash is, and that's with the super-rich. Once an individual's adjusted gross income starts to climb over $200,000, the number of audits begins to soar, to the point where, if you make more than $10 million a year, you have a better than 1 in 3 chance of being audited.

Enter the Wealth Squad. The team of accountants, tax lawyers, finance experts, economists and others who delve into the lives of the super-rich to get the country's due. Most of their work is done under the radar. But, according to Forbes, a certain president-elect who didn't release his taxes to the public because he was being audited is a Wealth Squad target.

The squad's first step: filing forms, of course. (This is, after all, the government.) Form 4564, better known as an Information Document Request, goes out, and the Wealth Squad's target is expected to comply.

If not ... well, that's where things can get complicated. The mega-wealthy didn't get that mega-way by handing over their money to the government.

"There are certain things that wealthy people do that are tax avoidance, or evasion, and one of them used to be offshore accounts," Langbein says. "But they really have cracked down on that."

The super-wealthy have long stashed their cash in foreign banks, away from the prying fingers of Uncle Sam and his tax-grabbers. In recent years, the IRS instituted the Offshore Voluntary Disclosure Program, which allows the guilt-laden to 'fess up (and, of course, pay up) to avoid the alternative: getting caught, having their assets seized and, possibly, spending time in jail.

The rich continue to hide their money offshore, though, and in many other ways. Those fancy corporate jets are a headache for the Wealth Squad, Langbein says, rife with possibilities for questionable deductions and depreciation. Shell corporations are established and sold to lessen (or avoid) taxes. It can get complicated.

From the Journal of Tax Practice & Procedure:

A typical Wealth Squad examination consists of a key case, generally the taxpayer's Form 1040, and related income tax returns for which the taxpayer has a controlling interest in the entity and for which a significant compliance risk may exist. These entities may include partnerships, trusts, S corporations, C corporations, private foundations, etc. The examination often includes other individual income tax returns affected by flow-through adjustments made on the tax returns for partnerships and S corporations controlled by the key taxpayer.

When companies or individuals are considered multinational, the laws of other nations have to be considered, too. It would seem, sometimes, to take a superhero, or a team of them, to untangle everything.

"The information is so hard to get," Langbein says.

Yet the IRS and the Wealth Squad soldier on.

The head of the IRS, Commissioner of Internal Revenue John Koskinen, in remarks to the National Press Club earlier this year, said that the IRS, despite its image, is much more efficient in gathering money than you might think. It doesn't get nearly all what's due, but what it gets, it doesn't spend a lot of money getting. According to Koskinen, the IRS spends about 35 cents to make a buck of revenue:

According to statistics compiled by the Organization for Economic Cooperation and Development, the average OECD member country spends almost twice as much as the U.S. to collect a dollar of revenue. This includes countries like Germany, France, the United Kingdom, Canada and Australia.

About $3.3 trillion in tax revenue comes in every year from those who voluntarily (if not cheerily) do their civic duty, Koskinen noted in the speech, but the IRS has to work for the rest. Some $50-60 billion a year is generated from enforcement, much of that toward people in high-income brackets.

Koskinen warned that more budget cuts will further sabotage the efforts of the IRS to get the unwilling to pay their taxes. Already, the Wealth Squad has faced layoffs. Again, from the Journal of Tax Practice & Procedure:

Initially, it was envisioned that the Wealth Squad would grow to 242 examiners (e.g., revenue agents) and 58 management/support staff by the end of FY 2011 (September 30). However, due to budget and related compliance resource limitations, by the end of FY 2014, the Wealth Squad had only 96 examiners and 24 management/support staff — about 40 percent of what ...  initially [was] believed would be effective.

Cuts, Koskinen says, also might encourage more should-be taxpayers to go rogue. And that would be disastrous for the country's bottom line.

NOW THAT'S INTERESTING
The IRS, like many government agencies, is constantly trying to improve its online experience, the direct link to taxpayers. The reason is simple. According to Koskinen, it costs between $40 and $60 to help a taxpayer in person. That's $40 to $60 of taxpayer money. To help a taxpayer online costs less than $1. It's a savings all around.

Irritable Bowel Syndrome Could Be Linked to Defective Gene

Bodybuilders Injecting Themselves With Cooking Oils Now Apparently a Thing 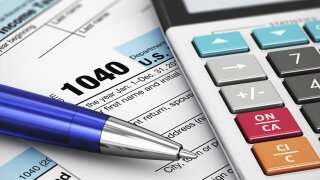 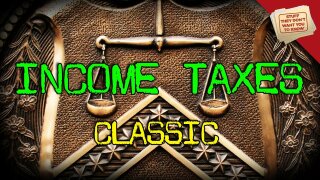 Stuff They Don't Want You to Know Video: Income Taxes 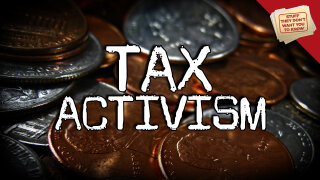 Stuff They Don't Want You to Know Video: Tax Activism