How are foreign investments taxed? 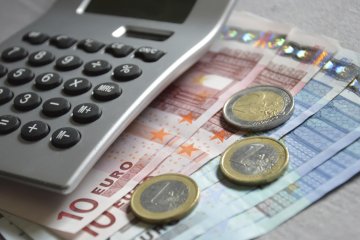 To the newbie investor, an overseas venture can seem like a big tax win – a way to earn money while flying under the Internal Revenue Service's radar. There's just one hitch: The IRS is going to notice when you try to get your earnings into a U.S. bank. If you're investing overseas, the IRS is onto you, and, in most cases, so is the country where your investment actually originates. So, while you might feel fancy as all get-out making money on foreign investments like some sort of railroad baron, you're also in the unenviable position of being taxed twice.

Exactly how much tax you have to pay – and to what entity – varies dramatically from one nation to another. Fortunately, though, it's easy to figure out whether foreign taxes have been withheld on your investment. When you get your 1099, box 6 will let you know what's already been withheld for foreign tax. And if a foreign country has taxed you, then the U.S. does provide some relief in the form of either a credit or a deduction. Which to take depends on your situation.

If you're planning on itemizing your deductions (instead of taking a standard deduction), you might find it worth it to simply add the foreign tax as a regular old deduction. This is a simple way to do it, but it's not necessarily the biggest savings, and it doesn't help at all if you're not itemizing. Instead, you may prefer to take the Foreign Tax Credit, which is calculated based on how much you'd be taxed in the United States, multiplied by a percentage.

So, in general, foreign investments are taxed both by the foreign country and by the United States. But depending on your earnings and tax liability, you could only end up paying once.