Browse the article How are different types of investments taxed? 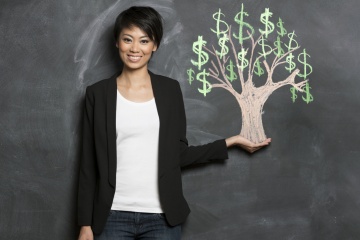 Investments can help you grow money for the future.
sjenner13/iStock/Thinkstock

From the Roman tax on urine to the Boston Tea Party to the latest kerfuffle over corporate tax inversions, organized society has been performing a complex and sometimes bizarre dance around the matter of taxation.

Let's back up to that first example. For starters, why tax urine? According to the Roman historian Suetonius, it was common practice in first-century Rome to sell the contents of public urinals for use in applications from leather tanning to laundering. Suetonius reports that the Emperor Vespasian saw an opportunity to raise some much-needed revenue and imposed a tax on pee.

The policy was such a success that when Vespasian's son, Titus, complained it was a smelly way to fund the government, his father pointed out that while urine might reek, the gold they made from it most certainly did not.

The urine tax gave rise to the Latin saying, "pecunia non olet," meaning, "money doesn't stink." The whole thing might sound peculiar to modern ears, but consider this: Bill Gates recently invested in urine-powered mobile phones. To be precise, the Bill & Melinda Gates Foundation invested in a project to create a phone that runs on batteries powered by urine. That's fascinating on its own, but it also brings us to the burning question — what would Vespasian think? Or, in other words, how should such an investment be taxed?

To answer that question, we need to start by defining our terms. What exactly is an investment, after all? It's a popular term these days — so popular that its meaning has become a bit cloudy. Consumers no longer simply buy coffee machines; they "invest" in them. A trip to the Bahamas isn't a luxury; it's an "investment" in your mental health. More justifiably perhaps, people often speak of investing in their education. But does the IRS have similarly broad views? Let's find out. 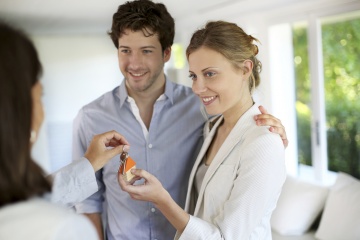 Investing in a new home? That real estate falls under the "ownership" category of investments.
Goodluz/iStock/Thinkstock

To learn how different types of investments are taxed, we have to start with an understanding of what is — and what is not — an investment. In the broadest sense of the word, for instance, an education might reasonably be considered an investment in your future earnings potential. But for accountants, there are really only three basic types of investments: ownership, lending and cash equivalents.

Ownership includes investments in things like stocks, real estate and collectibles. Bonds and savings accounts are categorized as lending; the money you put into them is technically a loan to an entity like a city government or a bank, which pays you back with interest. Money market funds are cash equivalents because you can quickly and easily convert them into cold, hard cash.

When it comes to real estate, anybody who owns a house knows that local authorities levy property taxes to raise money for things like public schools, fire departments and road maintenance. Your income tax rate applies to rent earned from real estate, but if you sell property you're in the realm of capital gains (more on that below). Stocks are a little more complicated.

If you hold onto your stocks and they're paying dividends, the IRS would very much like a percentage (about 15 percent these days). If, however, you sell your stock, you have to pay a capital gains tax (maximum of 15 percent for most of us) on any profits you've made from it during the time you owned it. However, if you sell your stock less than a year after you bought it, the tax rate could be higher. The same goes for the sale of collectibles, houses, cars and pretty much anything you own, all of which the IRS calls "capital assets" [source: IRS].

Investments that fall under the category of lending are a little different. The interest generated by government bonds, for instance, is subject to federal taxes but not state or local ones. Corporate bondholders have to pay taxes at every level for any interest they receive, but municipal bonds are completely tax-free as long as you live in the state where they're issued.

You might have to pay taxes on cash equivalents like government treasury bills, corporate commercial paper or other investments that mature in less than three months. On the other hand, you might not. It all depends on the status of the investment. If you're storing your cabbage in treasury bills or commercial paper then, yes, the taxman cometh; however, your state and local government securities get off scot-free.

So when it comes to investments and how they're taxed, the old real-estate adage is applicable: It's all about location. Where your investments are held has a lot to do with their tax efficiency. And that's true in both financial and geographical terms.

But wait, what does this term "tax efficiency" mean? Keep reading to find out, and to discover the location of a small office building that's home to nearly 20,000 companies. 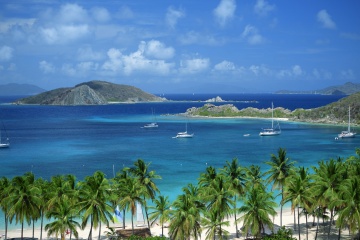 When figuring out how investments are taxed, location matters. If you open a bank account in a tax-free spot like the British Virgin Islands, you can funnel your investment income there, and it won't be subject to U.S. taxes. Corporations like to use similar tricks — that's why there's a five-story office building in the Cayman Islands that is the registered headquarters for no fewer than 18,857 different companies!

According to 2010 tax records, U.S. companies made $129 billion in Bermuda, the Cayman Islands and the British Virgin Islands. That's $873,611 per person who lives there [source: Norris]!

In 2010, Congress enacted FATCA, or the Foreign Account Tax Compliance Act, in an effort to crack down on investors dodging taxes with overseas accounts. FATCA requires financial institutions in other countries to tell the IRS about any accounts over $50,000 held by U.S. citizens [source: IRS].

The jury is still out as to whether FATCA will be as effective as it wants to be, but here's one thing you don't need to worry about: double-taxation. The IRS doesn't expect you to pay up in two countries. As an example, if you have investment income in Germany and can show that you paid what you owed there, you'll get something called a foreign tax credit, which should significantly reduce the amount you owe at home.

But the taxes you owe don't just depend on where your investments are overseas; it also matters what kind of account they're in here at home. After-tax income from investments is called "tax efficiency." From the point of view of tax efficiency, there are three different types of accounts: taxable, tax-deferred and tax-exempt.

Income earned from a brokerage account, for instance, is usually taxed as capital gains. With a tax-deferred account like an IRA or a 401(k), you can hold off on paying annual taxes until you withdraw the funds. Finally, there are tax-exempt accounts like Roth IRAs and Roth 401(k)s that allow you to invest after-tax income tax-free.

So what are the taxes on that investment in pee-powered mobile phones? Well, since the Bill & Melinda Gates Foundation is officially tax-exempt, and since we're taxed only on the money we make from our investments, and since those phones are intended to help impoverished people living in remote areas of the developing world — let's just say the question doesn't have a pot to pee in.