by Dave Roos Jan 31, 2018
Paying taxes is never fun, but how do you make sure you don't overpay? Nora Carol Photography/Getty Images

Just a few days before Christmas 2017, the U.S. Congress, cheered on by President Donald Trump, passed the biggest tax overhaul in decades, packaging it as a gift to all Americans.

Highlights of the tax bill — which took effect on Jan. 1, 2018 — include lower federal income tax rates for almost all households, a near doubling the standard deduction to $12,000 for singles and $24,000 for married couples filing jointly, and a doubling of the child tax credit to $2,000 per kid.

To comply with budget rules, all of those tax reductions for individual taxpayers will "sunset" or revert to 2017 levels in 2025. That's not the case for big cuts to corporate income taxes and estate taxes, which are permanent.

That said, very few things in today's volatile political climate are permanent. It's possible that American voters will elect a very different Congress and president in the coming years, who may roll back some of the provisions in the new tax law.

Keep in mind that most of tax overhaul provisions don't apply to tax year 2017, which we're paying in 2018. But here's what taxpayers can do this year to reap the most benefits for next year.

For taxpayers who itemize deductions, the bar is a lot higher in 2018. In the past, it made sense to itemize if your total deductible expenses from things like mortgage interest, charitable donations and qualified medical expenses exceeded the relatively low standard deductions of $6,350 for single filers and $13,000 for married couples filing jointly.

Now all of those deductions need to exceed $12,000 for singles and $24,000 for joint filers in order to get a bigger tax break from itemizing. For many households, that simply means taking the standard deduction until 2025. But others could try to bunch or compress charitable deductions into a single tax year to get the most out of itemizing.

Jim Shagawat, president of Windfall Wealth Advisors in New Jersey, explains how it works. Instead of donating $5,000 to charity each year for the next three years, you'd set aside $15,000 in a single year using something called a Donor Advised Fund (DAF).

A DAF functions like your own personal charitable foundation. By setting one up with any financial or charitable institution, you can donate a large chunk of money today that can be distributed in the future to any charities you want at any amount you want. The money can even grow tax-free while it's in the fund.

"Of course, you have to have the money now," says Shagawat, which is no small matter. But if you do, he says, this bunching technique can help taxpayers get over the standard deduction limit and let them "get the full benefit of their generosity."

Until 2019, you can deduct medical expenses that exceed 7.5 percent of your adjusted gross income. But on Jan. 1, 2019, the threshold goes back up to 10 percent. This offers taxpayers another way to bundle deductions now to lower their taxable income beyond the standard deduction limits.

If you've been putting off a necessary surgery or know that you will need to buy an expensive piece of home medical equipment in the next couple of years, you might want to go ahead and spend that money in 2018. The lower 7.5 percent threshold means that you can claim more of that money as a deductible expense now than in 2019.

And by combining multiple medical expenses into one year, your itemized deductions could exceed the standard deduction.

Not that we'd wish it on anyone, but if you are already engaged in divorce proceedings, there's good reason to sign those papers before the end of 2018. That's because the new tax law changes the filing rules about paying and receiving alimony.

"This is a permanent change – not a sunset like most of the individual tax provisions," says Heather Locus, a wealth manager who runs the Divorce Practice Group at Balasa Dinverno Foltz LLC in Chicago. "This means there is a big incentive for women and men who are contemplating or in the middle of the divorce to finalize it by year end."

If you've paying into a 529 savings plan, which started out as a way for parents, grandparents and other family members to put away money for a young person's college education, keep doing it. Although contributions to 529s are not tax deductible, the earnings from the plan when used for higher education expenses — tuition, room and board, books, etc. — are tax-free.

But the new tax law extends the tax benefits of 529s to families who want to send their kids to private or religious elementary and secondary schools. According to the new rules, up to $10,000 a year per child can be withdrawn from a 529 savings plan to cover tuition and other expenses related to child's pre-K through high school education at private schools.

Homeschooling expenses were included in an early draft of the tax overhaul, but were dropped from the final version.

Now That's Interesting
There are a few tax changes that could affect you when you file your taxes in 2018. You're allowed to deduct the expense for certain business assets 100 percent, as opposed to writing it off over time. This is for property acquired and placed in service after Sept. 27, 2017. The new tax law also caps your state, property and sales tax deduction at $10,000. Currently it is unlimited. While you might be tempted to pay some of your 2018 taxes in advance to get more benefit this year, the law specifically prohibits that. 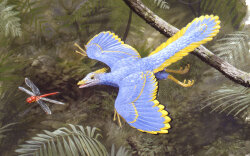 Scientists Unearth Another Archaeopteryx, an 'Icon of Evolution'

Our Apps Are Tracking Us 24 Hours a Day 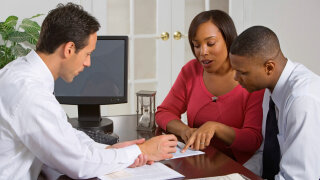 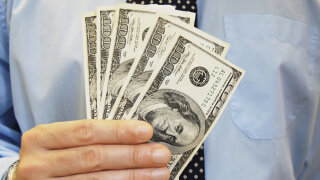 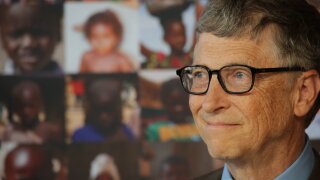 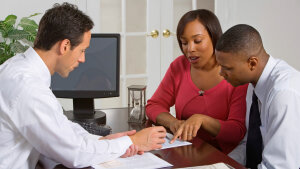