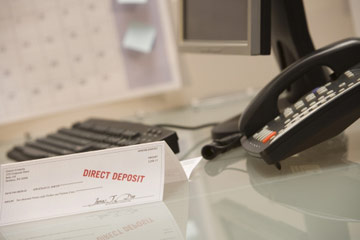 What is FICA and why does it take such a huge chunk of your paycheck?
Comstock Images/Getty Images

Payday in America is a bittersweet experience. At the end of a hard month's work, the office intern tosses an envelope in your cubicle containing a check (or pay stub) for a confusingly small amount. There's your gross income at the top with its nice round zeros, but what are all of these minus signs below it? Federal taxes, state taxes, local taxes -- fine, you know what those mean. But what is this last one called FICA? And why is it snatching up more than seven percent of your salary?

FICA stands for the Federal Insurance Contributions Act. FICA isn't exactly a tax; it's more like an involuntary contribution [source: Social Security Administration]. What's the difference, you ask? Taxes are collected by the federal, state and local government to pay for a wide variety of budget items, everything from national defense to the local library. FICA contributions, on the other hand, help pay for two specific federal programs: Social Security and Medicare. In fact, your paycheck might not say FICA at all. The same money might be withheld under acronyms like "SS," "SSWT" or "OASDI" [source: H&R Block].

The origins of FICA began with the Social Security Act of 1935, signed into law by President Franklin D. Roosevelt in the wake of the Great Depression. In 1939, Congress amended the act to move the tax component of Social Security into the Internal Revenue Code, where it could be collected by the IRS. Previously known as Title VIII of the Social Security Act, the tax provision was renamed the Federal Insurance Contributions Act to reflect its role in the new social insurance safety net [source: Social Security Administration]. Medicare was created in 1965 and Medicare contributions were folded into FICA.

Every working American makes FICA contributions, also known as payroll taxes. But not every worker pays the same percentage of his or her income. Wage and salary workers owe half as much as self-employed workers. Why the difference? We'll explain more on the next page.