What is an exempt employee? 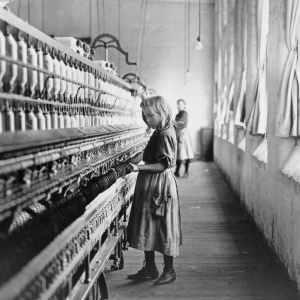 The U.S. Fair Labor Standards Act of 1938 attempted to reform the widespread practice of child labor in mills, factories and elsewhere.
© Bettmann/Corbis

You probably puzzled over it on your first day of work when that nice guy in human resources left you with the employee handbook to "familiarize yourself" with company policies and procedures. Because you're only human, you flipped to the important parts: Do you get overtime? Are you allowed to wear jeans every day without getting a mean look from the receptionist?

While there is no tidy law or regulation that enforces your freedom to wear ripped denim, the overtime question is one that's pretty easily figured out. But instead of conveniently seeing a yes or no answer in the handbook that gives you the go-ahead to work every weekend for some extra cash, you're probably seeing some terms that muddle the issue. Specifically, the overtime pay section is full of mentions of "exempt" and "nonexempt" employees. What makes one exempt?

You can be forgiven for thinking that it has something to do with taxes. After all, come tax season we all scramble to get tax exemptions -- those credits on your return that lower your tax bill. But when your company handbook talks about an employee being "exempt" or "nonexempt," it has nothing to do with taxes.

Instead, your handbook is referring to the Fair Labor Standards Act (FLSA). The FLSA was enacted in 1938 to protect employees, and it set forth far-ranging provisions, from prohibiting child labor to requiring equal pay without gender discrimination [source: Northwestern]. It also addressed overtime pay and minimum wage requirements. And here's what you need to know: It's assumed that most employees are nonexempt. That means that most employees are not exempt from being covered by the provisions of FLSA, which makes sense: It applies to most workers.

But boy are there exceptions. From workers with disabilities to those who deliver newspapers, airline employees to country elevator workers -- there are a lot of employees who are exempt from the minimum wage or overtime provisions. In general, you have to qualify as either an administrative, executive or professional employee to be exempt from the FLSA, and you have to be compensated at a minimum of $455 a week. You also have to exercise your own discretion and judgment over 50 percent of your time; it basically allows for certain folks to work as many hours as needed to fulfill their job duties without overtime pay [source: UCSB].

What are the different types of businesses?
What is royalty income and how is it taxed?
What are some common vehicle tax deductions?