Browse the article How the American Opportunity Tax Credit Works 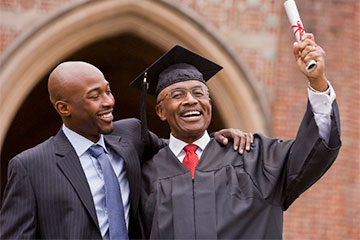 Uncle Sam wants you to learn. Educated citizens make better workers and mean more opportunity for advancements in technology and other fields and an informed society. The problem is that higher education is a little pricey. The federal government tries to make school costs a bit more manageable by offering students low-interest loans, as well as grants and other financial assistance. It also gives students -- or their parents -- the chance to save a little cash come tax time.

The American Opportunity Tax Credit (AOTC) is one of two tax credits available to students and those who claim them as dependents. It allows eligible students to reduce what they owe in taxes by up to $2,500 a year for tuition and related expenses. The AOTC was created by the American Recovery and Reinvestment Act, the legislative response to the 2009 recession. Since then, the credit has been extended, at least through 2019 (tax year 2018) [sources: H&R Block, IRS]. It's similar to the lifetime learning credit, which also covers school costs, but features a number of important differences which we will explain later.

The exact credit amount is 100 percent of the student's first $2,000 in eligible costs and 25 percent of the next $2,000 in expenses. (Hence the total of $2,500.) Eligible taxpayers can seek the credit in four separate years to cover both tuition and expenses like books, supplies and other required course materials. That includes tuition and expenses paid for with a student loan, but not costs covered by scholarships, grants or other nontaxable assistance [sources: IRS, IRS].

A student or other tax filer claiming a student as a dependent can take the full AOTC up to four years in a row. It comes with a variety of restrictions that people should be aware of before claiming the credit.

In order to be eligible for the credit, the student has to be pursuing a degree or another recognized credential. Advanced balloon animal crafting lessons probably aren't going to cut it, unless they're part of Florida State University's circus performing class. If your school sends you a Form 1098-T Tuition Statement in January, that means you're likely enrolled in an eligible program. The form details the tuition and other expenses that you've paid over the course of the previous year [source: IRS].

The student also has to actually be going to school. That means being enrolled at least part-time in at least one academic period during the tax year. The student can't have completed four years of post-secondary education at the time. He or she also can't have already claimed the credit in four previous years. And, as if college kids need another reason to steer clear of university and local cops, it can also help them catch a little break on their taxes. Students who have been convicted of a felony drug offense are not eligible for the AOTC [sources: IRS, IRS].

That's a significantly higher income limit than the one in place for the other student tax credit, the Lifetime Learning Credit. That's not the only difference between the savings opportunities.

A tax credit is a dollar-for-dollar reduction of the money that you owe in taxes at the end of the year. So, if you owe $3,000 before taking the full $2,500 AOTC, you will owe the Internal Revenue Service $500. A deduction, on the other hand, reduces the filer's total taxable income. A person who's in the 25 percent tax bracket, for example, and takes a $1,000 deduction will reduce his or her tax bill by $250 [source: Tax Policy Center].

Which Credit is Best for You?

The American Opportunity Tax Credit and the Lifetime Learning Credit are designed to help ease the burden of tuition and related expenses for students and their families. The trouble is, you can't claim both credits in the same year. To decide which one is best for you, take a look at the some of the ins and outs of each credit.

The LLC may still be attractive to tax filers who have used up four consecutive AOTCs or who are enrolled in programs not covered by the AOTC. The LLC applies to a wide range of learners seeking to improve their education or job prospects. Students need not be pursuing a degree in order to take advantage of the LLC and don't need to be going to school at least part time. Instead, LLC filers only have to show that the course for which they're seeking the credit is offered by an approved institution and is either counting toward a degree or useful in developing job-related skills [sources: IRS, IRS].

Oh, and there's one other important difference between the AOTC and LLC: The AOTC is partially refundable. If the government owes you cash at the end of the year, you can add up to $1,000 worth of money to the tab.