How the Alternative Minimum Tax Works 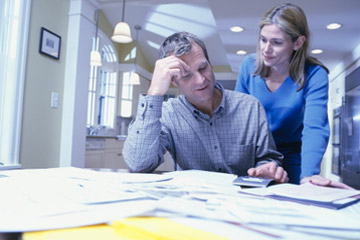 More and more middle-class families are paying a tax they may not have known existed before they found out they owed it. See more pictures of taxes.
Ryan McVay/Getty Images

The year was 1968, at the height of the Vietnam War. President Lyndon Johnson and Congress were searching for revenue to fund the prolonged and increasingly divisive military conflict. Johnson's treasury secretary discovered that a large amount of tax revenue was being lost to loopholes in the tax code. However, the shocking statistic that grabbed all the headlines was this: Some 155 Americans with income over $200,000 (more than $1.3 million in 2012 dollars) paid no federal income taxes in 1967 [source: Goodman].

Driven by vocal public outcry over these rich tax-dodgers, Congress passed the Tax Reform Act of 1969, which introduced a new "minimum" tax that couldn't be whittled away by exemptions, credits and itemized deductions. The original law called for a flat tax of 10 percent on income over $30,000 as the minimum a taxpayer could possibly owe to the federal government. In 1978, after a few tweaks to the original law, it was named the Alternative Minimum Tax (AMT).

Today, the AMT is arguably the most despised tax law on the books. Ironically, a law designed to target a handful of super-wealthy Americans has evolved into a tax menace that swallows up millions of middle-class families and threatens more each year. In 1970, only 20,000 Americans paid the AMT. That number ballooned to four million Americans in 2011, including 30 percent of families with income less than $100,000 [sources: Tax Policy Center and TurboTax].

So, exactly what is the AMT? Why is it so scary to middle-class taxpayers and why can't Congress fix it for good? Keep reading to get the whole story.

What is the Alternative Minimum Tax?

The Alternative Minimum Tax (AMT) is often described as a "shadow" or "parallel" tax to the regular federal income tax. The name, in fact, says it all; the AMT is an "alternative" way of calculating income tax. The IRS requires middle- and high-income taxpayers to run two sets of numbers when filing income taxes: the regular income tax calculations on Form 1040 and the AMT method on Form 6251. Whichever number is higher is the amount the taxpayer must pay. Unfortunately for a growing number of Americans, the AMT is the winner.

Why is that unfortunate? Because the AMT bill can be much higher than what is owed under regular tax law. What the AMT attempts to do is strip away special deductions and exemptions and start every taxpayer off on equal footing. Under the AMT, everybody starts with the same large exemption, which in 2011 is $48,850 for single taxpayers and $74,450 for married couples filing jointly. That means a married couple doesn't owe a cent on the first $74,450 of its income. But any income that exceeds $74,450 is taxed at 26 percent. If the couple's income exceeds the exemption by $175,000 or more, it is taxed at 28 percent.

On the surface, that sounds pretty fair. After all, the regular income tax rate for $75,000 is 25 percent and the rate for income exceeding $140,000 is 28 percent in 2011. But the truth is that many taxpayers can get their total taxable income much lower if they are allowed to use the exemptions and deductions in the regular tax code.

For example, the following common (and often large) deductions are NOT allowed for AMT purposes:

And those are just the most common deductions outlawed by the AMT. There are others that can dramatically raise the taxable income of certain taxpayers. For example, if you incur a lot of unreimbursed employee business expenses from your job, you're allowed to deduct a portion of those expenses under regular income tax law. Not the AMT [source: TurboTax].

Also, if you are offered incentive stock options from your employer and you choose to exercise those options, the AMT charges income tax on the difference between the price you pay for the stock option and the market value of the stock. Under normal tax law, you're only taxed when you sell the stock, and even then the rate is 15 percent for a capital gain, not 26 percent [source: TurboTax].

Because of the AMT's alternative rules about exemptions and deductions, more and more taxpayers are falling into its grasp. In the next section, we'll look at who exactly is paying the AMT and why.

Who Pays the Alternative Minimum Tax? 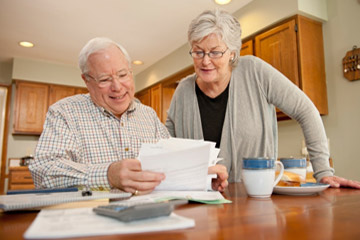 You'd be surprised at who has to pay the alternative minimum tax. In fact, you may have to pay it.
Yellow Dog Productions/Getty Images

In 1969, when the first "minimum" tax was created, it was designed to limit the exemptions and deductions that wealthy people were using to lower their tax bill to zero. Those included tax credits for people who had invested in oil wells -- not your average middle-class family [source: Johnston]. But in 1986, Congress significantly changed the focus of the AMT. As part of the Tax Reform Act of 1986, a slew of more common exemptions were thrown out of AMT calculations, including the standard deduction, the personal exemption, and deductions for state and local taxes.

The effect of these changes was that a new kind of taxpayer was now targeted by the AMT. This new group, some of whom are middle- to upper-middle class, share some common characteristics:

Analyze those numbers further and some interesting trends emerge. Forty-four percent of families with two or more children paid the AMT in 2010 compared with only 17 percent of those without children, and married couples were 12 times as likely to pay the AMT as single filers. Also, residents in high-tax states are three times more likely to owe the AMT than residents of low-tax states [source: Burman et al]. This underlines the effect that personal exemptions, the standard deduction and state and local tax deductions have on inflating the number of AMT filers.

But perhaps the biggest criticism of the AMT -- and the reason it affects a growing number of taxpayers -- is that AMT exemption levels haven't been adjusted for inflation since 1969 [source: H&R Block]. The regular income tax brackets are adjusted for inflation annually, so that you aren't punished for earning a little more money each year to keep up with the rising cost of living. Not so for the AMT. Although Congress frequently passes temporary "patches" to bump up the exemption levels of the AMT, they haven't kept pace with inflation, meaning that more and more "lower" income earners get sucked into the system.

On the next page, we'll share some tips for how to avoid the AMT.

How to Avoid the AMT

Sit down for a minute with Form 6251, the Alternative Minimum Tax form from the Internal Revenue Service (IRS). For such a short document, it really packs in the confusion. One of the reasons that so many taxpayers are blindsided by the AMT is because the law is so ridiculously complicated. Only a certified public accountant can make sense of the 27 lines dedicated to the various types of income that are taxable under the AMT. This is why we recommend getting the advice of a good CPA if you think your financial situation may be wandering into AMT territory.

What are some warning signs that the AMT is imminent? If you make more than $75,000 a year, there is cause for concern. If you make more than $100,000, you might as well buy a red flag and wave it in the air. Other reasons to worry are if you own a business, own rental properties, own S-corporation stock or have exercised incentive stock options [source: Bischoff].

As confusing as Form 6251 is, it does serve a purpose. If you or your accountants fill in all of the information dutifully, you'll arrive with a number on line 33 called your "tentative minimum tax." This number becomes the Alternative Minimum Tax if -- and only if -- it is greater than line 35, which is the tax you owe from the regular Form 1040. As long as line 33 is less than line 34, you're in the clear. But this is a great way to find out how close you are to the AMT and to take aggressive measures to avoid it.

Since family size and marital status are two big contributors to the AMT, your hands are somewhat tied (unless your spouse considers higher taxes grounds for divorce). But there are a few things you can do to lower your exposure to the AMT:

For lots more information and tips on avoiding tax troubles, explore the related links on the next page.

The AMT is a favorite punching bag of both Congressional Democrats and Republicans, but legislators can't agree on whether the system needs to be reformed or repealed. The problem is that repealing the AMT or adjusting it permanently for inflation would cost hundreds of billions of dollars annually in tax revenue [source: Tax Policy Center]. Instead, Congress has taken the politically safer track of "patching" the AMT every two years or so. The 2010 patch saved an estimated 21 million more taxpayers from falling under the AMT, for an average tax savings of $6,000 each [source: TurboTax].

One of the perks of writing a series of tax-related articles for HowStuffWorks is that it gives me some fact-based insight into the political battles in Washington, D.C. As the President and Congress search for ways to shore up the U.S. economy in the face of a global recession, there have been bitterly divisive battles over questions of spending, taxes and budgetary priorities. The Alternative Minimum Tax is widely despised by lawmakers, but has avoided any real reform because it collects so much tax revenue for the federal government. As I write this, Congressional Republicans are proposing a sweeping tax overhaul that would eliminate the AMT. Meanwhile, Democrats are pushing for the Fair Share Tax, which would replace the AMT with the so-called Buffett Rule, which would tax a minimum of 30 percent on income above $1 million. I hope that this article gives you enough facts to intelligently listen to the debates on Capitol Hill and come to your own conclusions.

How the Self-employment Tax Works
Can the trustee sell your exempt assets in bankruptcy?
10 Tips for Avoiding Identity Theft