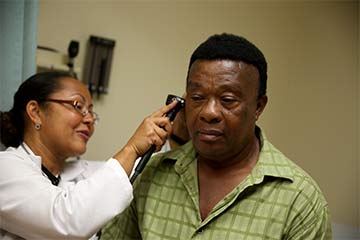 Felue Chang who is newly insured under an insurance plan through the Affordable Care Act receives a checkup from Dr. Peria Del Pino-White at the South Broward Community Health Services clinic in Hollywood, Florida in 2014.
Joe Raedle/Getty Images

How much exactly is the penalty for not having minimum health insurance coverage? For the 2014 tax year, the penalty equals the greater of these two figures [source: IRS]:

The penalty is scheduled to -- gulp -- increase with each tax year [source: Healthcare.gov]:

Next we'll look at the accepted "exemptions" for not paying the individual mandate penalty.