5 Tax Tips for the Unemployed

Browse the article 5 Tax Tips for the Unemployed 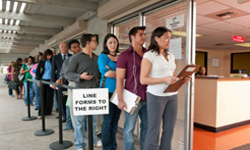 Even if you're unemployed, you still have to pay taxes. How cruel is that? See more pictures of famous tax havens.
Yellow Dog Productions/Getty Images

April is indeed the cruelest month, even more so for the unemployed. Let's say you've been out of work for months or even a year, waiting in line at every overstuffed job fair and subscribing to every overlooked job board. The only money coming in the door is an unemployment check from the government, a fraction of your regular salary and not nearly enough to cover the mortgage, the credit card bill and the groceries. But then April 15 comes along, and the Internal Revenue Service (IRS) kicks you while you're down.

Yes, even the unemployed have to file and pay income tax. Cruel, cruel, cruel. But there is some good news. If you're savvy about tax deductions and credits, you can significantly lower your tax burden and even escape the grasp of the taxman until you're back on payroll.

Read on for our five essential tax tips for the unemployed. We'll start with a necessary evil: filing income taxes.

Yes, it seems cruel and unusual, but any unemployment compensation you receive from the United States government (both federal and state) is also taxable by the United States government. You even have to pay taxes on unemployment benefits paid through a federal disaster relief program [source: Internal Revenue Service]. If that's news to you, you're not alone. According to a recent survey, nearly 40 percent of taxpayers had no idea that unemployment benefits were taxable [source: Block].

If you receive unemployment benefits, the government will send you Form 1099-G a few months before taxes are due. The form will show exactly how much money you earned in unemployment benefits. Your duty is to list that amount on the appropriate line of your 1040 income tax form [source: Internal Revenue Service].

To avoid the sticker shock of paying all of your unemployment compensation taxes in April, you can choose to have taxes withheld from your unemployment checks throughout the year. Simply complete Form W-4V, Voluntary Withholding Request, and submit it to the office that sends you your benefits. From then on, the government will withhold 10 percent from each check [source: Internal Revenue Service].

You Can Deduct Job-Hunting Expenses 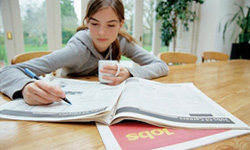 Looking for work can be a full time job, so the IRS gives the unemployed a break on expenses related to the job search.
Adam Gault/Getty Images

In a tight employment market, looking for work can be a full-time job. First, you need to draft the perfect resume, which often requires the paid services of an employment consultant. Then you need to get that resume into the hands of the right people, which could require a paid subscription to a targeted job-hunting and networking site. And what if the best job prospect is in another state? You might need to fly out to Topeka for first, second and third interviews. All of those costs add up -- and you don't even have a job yet!

The good news is that you can deduct a portion of your job-hunting expenses as an itemized deduction. Job-hunting costs are categorized as miscellaneous deductions by the Internal Revenue Service (IRS), which means they're only deductible after they exceed 2 percent of your adjusted gross income [source: Bell]. With your regular salary, that would be tough. But if you were unemployed for most of the tax year, it doesn't take as much to exceed 2 percent.

The hidden gem of job-hunting deductions is moving costs. What if the bottom fell out of the job market in your hometown? If you move at least 50 miles away from your old job location to find work, you might be eligible to deduct a portion of the moving expenses. We say "might," because there are some qualifiers. Once you find a job in the new location, you must remain employed as a full-time worker for a minimum of 39 weeks of the next 12 months to deduct moving expenses [source: IRS]. The coolest thing is that moving expenses is that you don't have to itemize deductions to claim them, and you don't have to exceed a minimum percentage of your gross income either.

The only bad news is that you can't deduct the cost of a new suit or haircut for that job interview in Topeka [source: Block].

You Can Deduct Certain Medical Expenses

For many Americans, unemployment offers the first shocking introduction to the expense and complexity of the health care system. When you have an employee-sponsored health plan with reasonable co-payments, it's easy to take health coverage for granted. But if you lose your job, your health insurance coverage is extended for a few months by COBRA, and after that, you're on your own.

If you're over 50 and lost your job primarily due to foreign competition, you might be eligible for the Health Coverage Tax Credit, which pays up to 72.5 percent of qualified health insurance premiums [source: IRS]. The requirements for this credit are very specific, but if you qualify, it's a tax break that you can't afford to pass up.

See If You Qualify For the EITC 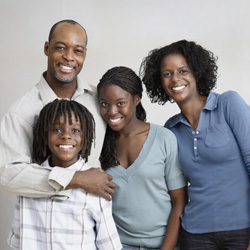 Make sure you know whether you qualify for the Earned Income Tax Credit before you finish your return.
LWA/Getty Images

The Earned Income Tax Credit (EITC) is a tax break designed for working Americans with low incomes. The amount of the EITC depends on how much money you earn and the size of your family. To receive the largest credit, you can only earn around $15,000, and the EITC phases out completely if your adjusted gross income is $50,000 or over [source: IRS].

Switch From Unemployed to Self-Employed

The recession has not only increased the unemployment rate, but it has convinced more and more Americans to break out on their own. In 2012, more than 30 percent of American workers are self-employed, many as freelancers, independent contractors or consultants [source:Goetz]. If you file taxes as self-employed rather than unemployed, you could cash in on some additional deductions. Just make sure you follow the Labor Department's rules for claiming unemployment insurance and you should be fine.

For starters, as a self-employed person you can deduct a portion of all expenses incurred by a home office. Now, it's important to note that a home office needs to be more than a makeshift desk in your bedroom. A qualifying home office for IRS purposes needs to be "exclusively and regularly" used for business purposes, which include searching for work [source: IRS]. Once you establish that home office space, you can deduct a portion of the cost of rent, Internet and telephone service, utilities, property taxes, and more.

Another perk of being self-employed is that you can deduct the entire cost of any health insurance coverage you buy for yourself or other family members. This is not an itemized deduction and is not restricted by any minimum percentage requirements.

Lastly, since you are running your own business, you have greater freedom to deduct expenses as business expenses. For example, a self-employed person can deduct the mileage from driving around to meet potential clients. The 2011 mileage deduction rate is 55.5 cents a mile, which adds up fast.

For lots more tax tips and helpful income tax info, explore the related links on the next page.

I admit that before writing this article I was among the 40 percent of Americans who had no idea that you must pay income tax on unemployment benefits. It just sounds wrong — taxing people on the checks they depend on to stay above water. But it's nice to know that the tax code takes this into account, allowing deductions for job search expenses, for example, and credits like the EITC to assist families through especially difficult times.