by Melissa Phipps
Prev NEXT 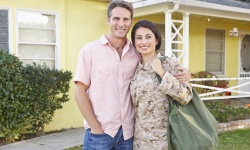 Housing and moving costs will affect how much you owe at tax time.
monkeybusinessimages/iStock/Thinkstock

8: Which Income Gets Taxed?

One of the greatest benefits available to members of the armed forces is the ability to exclude some of your income from being taxed. The trick is figuring out exactly what is included in gross income and what is not.

Anything earned during time served or hospitalization in combat zones outside the U.S. during the tax year is excluded from gross income. For officers, there is a limit above which income will be taxed. That limit includes the officer's highest enlisted pay plus pay for hostile fire or imminent danger [source: IRS].

Included in gross income is basic pay for active duty, training duty, reserve training and drills. If you received a bonus for enlisting or re-enlisting, that gets taxed too — as does special pay, including career incentives, pay for hostile fire, diving duty and special assignments [source: Military.com].

How housing and moving costs are treated depends on whether you're on active duty.

If you've been assigned to a new station permanently, any money the military supplies for your move and basic allowance for home (BAH) is not included in your taxable income. And mortgage taxes and interest can be deducted from your personal income [source: IRS].

Members of the military who are wounded or ill, or surviving spouses of deceased military members, might be eligible to participate in the Homeowners Assistance Program (HAP). For those who do participate, any benefits received can generally be excluded from federal taxable income. States, however, may tax this money [source: Department of Defense].

Travel and moving allowances provided by the military are also excluded from income. You might even be able to deduct moving expenses that you paid out of pocket. If you're stationed permanently in a new place or on active duty, any expenses beyond those reimbursed by the military are eligible for a tax deduction. On the flipside, if the reimbursements or moving payment amount to more than what it cost you to move, you might owe taxes on that money [source: Military.com].

Generally, if you sell your home, you can avoid capital gains taxes on up to $500,000 in profits if you lived in it as a primary residence for at least two out of the past five years. Military members have a bit more leeway. If you're on extended duty more than 50 miles from home for longer than three months, you might be able to avoid taxes on the sale of your home if you lived in it for at least two of the past 10 years [source: Military.com].

6: Which Income Qualifies for the Earned Income Tax Credit?

Taxpayers who earn less than $14,590 as a single person with no children or less than $52,427 as a married couple filing jointly with three or more kids might qualify for something called the Earned Income Tax Credit (EITC) for the 2014 tax year [source: IRS].

Unlike tax deductions, which reduce your taxable income, a tax credit can reduce the amount you owe dollar for dollar. The EITC is a refundable credit, meaning if your credit exceeds the amount you owe, the balance is refunded to you.

It's important to be aware of the EITC because, as a military member, you sometimes have pay that is nontaxable (including combat pay, basic housing allowance and basic allowance for subsistence). You also have the option to report some or all of your nontaxable combat pay in earned income, and your spouse can do the same.

Why would you choose more taxable income? Because if you qualify for the EITC, it could mean a bigger refund. It depends on your status, the amount of income you claim and number of dependents.

The IRS provides a good example from tax year 2013 to show why this is worth considering. A married couple, George and Janice, file jointly and have one child. George made $10,000 in nontaxable combat pay and $5,000 in taxable income. Janice earned $2,000 for part-time work. It brings their taxable income to $7,000, for which they could earn a credit of more than $2,300. Not bad.

However, if they claim all of George's income and bring their earned income up to $22,000, the couple could qualify for a credit of more than $3,200 instead [source: IRS].