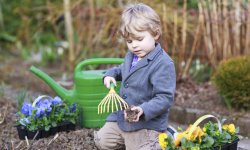 Rather than an allowance, you can consider the money that your child makes working on your business as a salary.
romrodinka/iStockphoto/ThinkStock

If you're self-employed as an independent contractor, do remember that you can write-off any business travel expense, so long as it's for an overnight trip away from your tax home. (Tax home being the place you run your business.) If your entire trip is business-related, you can deduct the whole thing. But if it's a mix of business and personal, you need to keep track of the business side and be sure to deduct only that amount. Stopping by your parents' place to take the folks to Applebee's after a business trip isn't going to make the cut, in other words.

You can also deduct meals, both during business-related travel or for business-related entertainment. Which sounds amazing, right? But keep in mind you can generally only deduct up to 50 percent of the cost of your meals, and the IRS is totally on to you: They make a point of excluding "lavish or extravagant" meals. You can also use the standard meal allowance if you weren't keeping track of the actual cost. Each state sets a per diem amount that is a useful shortcut for deducting business meals [source: U.S. General Services Administration].

So far, it's been all rainbows and roses when it comes to tax tips. Remember to get that sweet home office deduction! Buy some cool software! But now we get into the darker side of filing as an independent contractor: estimated taxes.

Obviously, when you're self-employed, no employer is withholding taxes from your paycheck. So that means you and you alone are responsible for taking a chunk out of every check you get and squirrelling it away for Uncle Sam. There's no flat rate that every freelancer should set aside, considering that state taxes vary so much -- so you might want to check with an accountant in your state to be on the right track. (Don't forget you're paying your own self-employment tax too, to cover Medicare and Social Security.)

And if you're profitable -- meaning that you're making more than $400 a year -- you're also going to have to provide those tax payments quarterly. The IRS wants your money all year long, not just at the end: They've set aside four due dates during the year for you to make quarterly payments (although you can pay more often throughout the year if that's easier for you).

Enough of the dismal stuff. Here's some more good news: If you're an independent contractor, you can deduct all your health insurance premiums without itemizing them. (Again, that means you can take an above-the-line adjustment, which will reduce your entire adjusted gross income.) Even more, you can also deduct the cost of your spouse's and dependents' health premiums.

But how about this for a nifty trick: If you really want to reduce your taxes as a self-employed worker, hire your spouse. If you provide your significant other with health insurance as an employee, you can deduct the cost of said insurance from your self-employment income and tax, so long as you're included on the plan.

Another problem with freelancing? You have no employer helpfully setting up a retirement plan for you -- and you definitely don't have anybody but yourself contributing to any kind of retirement fund. You're pretty much stuck taking a chunk of your income and having the discipline to set it aside for your twilight years.

But that doesn't mean that you don't get a little something out of it come tax season. As a self-employed person, you can contribute up to 25 percent of your net earnings from self-employment -- to a max of $52,000 in 2014 -- to a Simplified Employee Pension (SEP) IRA. You can also contribute up to $12,000 to a SIMPLE IRA if you're a sole proprietor [source: IRS]. All those provide above-the line deductions, and some other IRA accounts will be able to be deducted up to a certain amount [source: Fishman].

OK, you've waited this long, so now it's time we gave you self-employed independent contractors the best, and perhaps most absurd, tax tip of all: Hire your babies. Need some help transcribing meetings? Surely little Susie will do it for $5 an hour. Need to paint the office? Timmy's cheap. Heck, maybe you can convince Sally to file your taxes for you!

It's not just that your kids are easily manipulated and always around. It's that you can deduct their wages on your Schedule C (business profit and loss) form. If they're under 18, they're exempt from Social Security tax, and if they're under 21, they don't have to pay Federal Unemployment Tax either. They probably won't have to pay taxes at all if they're not scamming you out of too much money -- and that money you're paying them isn't counting toward your taxable income either. Just remember that you do have to pay reasonable wages. But hey, no need to be a scrooge: You can even contribute to IRAs for them.

To learn more about taxes and deductions, click below.

Here's something even better: If you don't want to make your kids think their time is worth cash, just deduct the cost of some of the things you already pay for on their account. If you're paying their phone bill, you can just claim their wages are $49.98 a month, or whatever the bill is. Buying them $75 worth of back-to-school clothes? They'll make up for it answering phones for you.