5 Tips for Setting Up Your First Budget 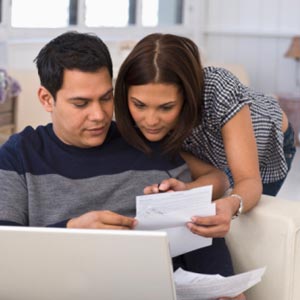 Setting up a budget for the first time can be daunting, but it isn't impossible.
Comstock/Getty Images

Starting to manage your own finances can be a daunting task. It takes a discipline that comes easier to some people than others, but it's necessary for anyone with a limited income. It's especially difficult for young adults who love to spend and have active social lives. When you're finally on your own after getting out of school, starting your first real job can feel exhilarating -- until you're faced with utility bills, car insurance payments and rent. It's now time for your first budget.

Making a budget consists of few common-sense steps: figuring out your monthly income and your monthly expenses, comparing the two, determining your financial goals, and, finally, adjusting your expenses to meet your goals. Although some people may choose to adjust their income (by taking on another job or working overtime) it's usually easier to cut down on expenses to meet your goals.

Of course, it's easier said than done. Budgeting is a painful process. But with some tips, we hope to make it a little easier.

5: Use Credit Card and Bank Statements

Experts agree that you shouldn't just estimate when you're setting up your budget. Figuring out your income is perhaps easy enough -- probably as easy as checking your past few paycheck stubs (unless you take alimony or are self-employed, for instance). However, although your money probably comes in from one source, it goes out through dozens.

You need to take the time to examine all your expenses carefully. The best way to do this is by using bank statements as well as credit card statements. These, unlike your imperfect memory, don't lie. You'll make some interesting revelations about exactly where your money goes. Even if you don't pay your full credit card bill every month (which you should start considering if it's possible,) you should use your credit card statement to find out what you spend your money on. This is important for finding out where you can cut back.

This could be the most arduous and painstaking step of setting up your first budget, but it's essential. Next, we'll tell you how to use that information.

Bank statements should show any withdrawals you made for cash. Though you may not remember what you purchased with it last month, you can start recording your cash purchases to keep track of them. Some people use cash when they're on a budget to restrict their discretionary spending.

4: Break Down Spending Into Categories 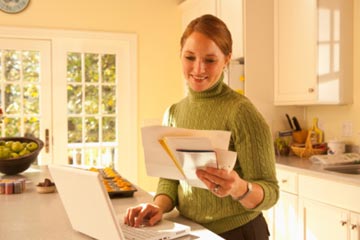 You'll think differently about your spending habits once you break everything down into groups.
Comstock/Getty Images

After you've gathered your credit card and bank statements from a particular month, you can start to break that information down into meaningful categories. This will help you visualize where your money goes instead of just looking at a list of specific transactions. You can start by separating transactions into types. For instance, those purchases at Olive Garden and McDonald's can all fall under the category of "eating out," while other categories can include groceries, entertainment, gasoline or utilities.

Using these categories can get sticky. For instance, one might consider rent a non-discretionary expense, but then again, perhaps your budget will force you to move somewhere cheaper. And although food is necessary, you might be paying too much for groceries. And just because an expense is fixed doesn't mean it's non-discretionary -- consider your cable bill or gym membership. But using these categories will help you make important choices in your budget planning.

Like any whim, our dedication to a budget can be fleeting. Though you may feel a burst of self-discipline while you're setting your budget, know that this probably won't last long. And what's worse, it can quickly become discouraging if you find that you're not quite strong enough to stick to the budget you made.

You should know yourself and what you're capable of giving up. Don't cut out dessert entirely, for instance, if you know you won't be able to resist. Instead, you could change to a cheaper dessert, or only have it a few times per week. After a while, perhaps you'll be able to cut down even more.

You should also make sure your long-term financial goals are realistic. With your budget, it simply might not be possible to save up enough to buy a house in just one year. If you set yourself up for an impossible goal only to fail, it could discourage you from keeping at it and being able to afford a house in three years.

If you're having trouble, some software or online services help you manage your budget. And some Web sites, like Mint.com, offer free budgeting tools.

2: Put Aside Some Savings 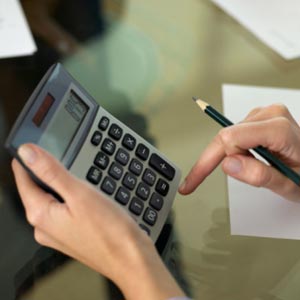 As we mentioned before, determining your long-term financial goals is important for setting a budget. Who wants to run a race with an unknown finish line? You would pace very differently for a 5K than you would for a marathon. The same goes for whether you want to save for a car or for retirement.

A good rule of thumb recommended by most experts is to always save 10 percent of your salary. That means using only 90 percent of your income to pay for all of your living expenses. Financial writer Ken Little suggests making that 10 percent off-limits for living expenses -- only consider the 90 percent as usable [source: Little]. Another common rule of thumb is to make sure you have enough in savings to allow you to survive comfortably for three to six months of sudden unemployment.

Once you reach that point, that doesn't mean you should stop saving, however. Financial planners say you should continue to put aside 10 percent and invest it.

1: Monitor and Update your Budget Monthly 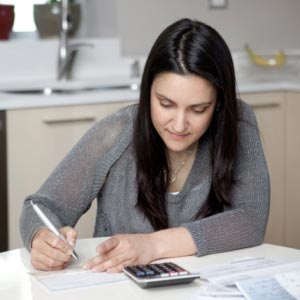 Once you've set your budget and have stuck to it for a full month, you deserve congratulations. However, in the words of Winston Churchill, "Now this is not the end. It is not even the beginning of the end. But it is, perhaps, the end of the beginning." Sticking to your budget is an ongoing process, so don't let yourself slack just because you made it past the first hurdle. Revisiting your budget on a regular basis will help you make sure you're really sticking to it.

But your budget isn't set in stone. You may reach a point where you don't need to scrimp and save so diligently, and you can allow more discretionary expenses. Later, you may change your long-term goals from owning a condo to owning a house, which will require buckling down again. Seasonal changes in your budget, like the holidays, will require some adjustments in your budget. And unexpected expenses like car repairs or a pregnancy might change your plans, too. Don't be afraid of updating your budget or even adjusting your long-term plans to accommodate changes in your life.

In the end, practicing the self-discipline required to stick to a budget will help you gain control over your life and most likely reduce stress. 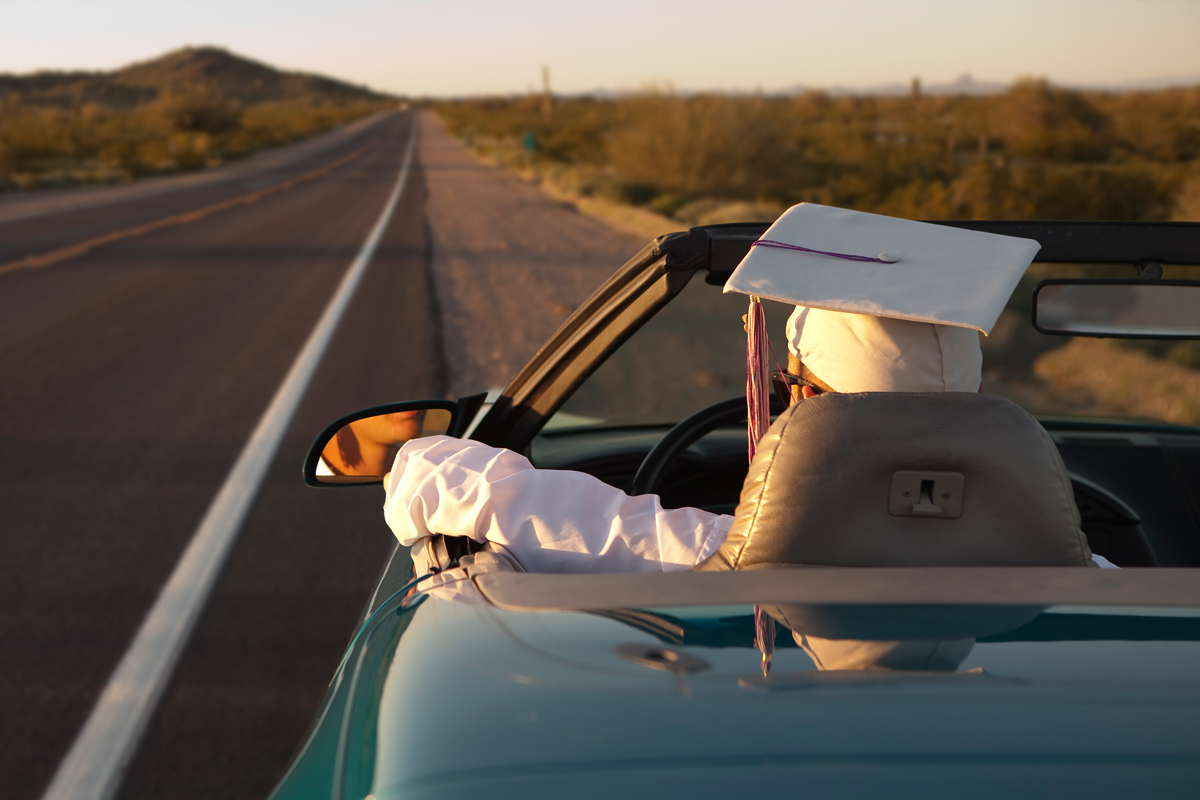