Why would you disclaim a bequest? 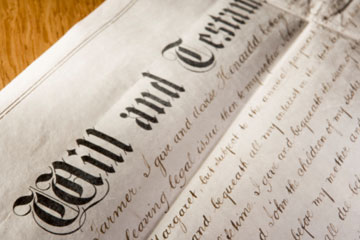 An inheritance may seem like a wonderful thing, but there are some reasons why you may want to turn it down.
©iStockphoto/Thinkstock

Perhaps it was unexpected, or perhaps your family has been planning for this eventuality, but either way, we're often blindsided by a death in the family. And among all the financial loops that need closing and legal questions that must be answered, the question of the will (and other financial arrangements) needs to be settled.

But for a lot of us, inheriting money or other property brings complications we weren't expecting. It can confuse family issues during a very stressful time or lead to more troubling tax consequences down the road. If the deceased owned part or all of a family business, it can be even more confusing. And in talking to your financial advisors, you might be counseled to give up your right to a bequest altogether.

It sounds crazy! Most of us would love a windfall, especially if it means something good can come out of a sad situation. But in fact, there are plenty of reasons to disclaim a bequest, and they cover a wide variety of circumstances. These reasons to disclaim are worth finding out about now, so that if you're ever in that situation, your grieving won't have to be complicated with so many financial questions. And if you're planning your own estate, knowing the rules and tax consequences of disclaimers can help you provide flexibility for your heirs in the event of changing circumstances. Let's look at why you might want to disclaim a bequest.

Under current tax law, every American starts life with a $675,000 lifetime exemption against gift and estate taxes. That means you can receive that amount personally before taxes kick in. But in circumstances where your spouse's entire estate passes to you, you could end up being taxed twice: First when you receive a bequest that totals out your spouse, and then again when that estate passes to your children.

By using what's called a qualified disclaimer, surviving spouses can make it so that estates never pass to them, and instead go on to their children (or whoever is specified in the original language). Or, through creating a marital trust, a surviving spouse can equalize the couple's two estates without combining them. Used together, these strategies are helpful because estate tax is progressive: One big estate owes more taxes than several smaller ones of equivalent value.

Grown children can use disclaimers in the event that their own estates are substantial -- playing disclaimers off the generation-skipping tax exemption -- so that the money never touches them. Instead, it would go on to the surviving grandchildren.

The IRS even allowed one woman, who owned half her husband's stock and inherited the other half after his death, to disclaim her inheritance (it passed to their son) and then sell her own shares. This made her son the sole stockholder and owner of the business.

Likewise, if you've inherited a charitable remainder trust -- one that provides for your lifetime, then donates the rest -- you can get a huge tax credit for the estate by disclaiming that trust and passing everything on to charity. In cases where you're already comfortable and don't want the tax burdens of the estate to complicate things, this is a great way to clear up any lingering tax issues you find yourself dealing with. 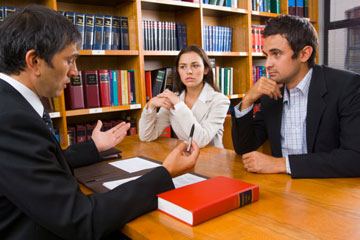 By disclaiming a bequest, you can save your family from some serious tax woes.
Pixland/Thinkstock

Of course, the scenarios on the previous page are all examples of high-powered financial moves a family can make to ensure that as much money as possible passes from generation to generation without being taxed. But what about the rest of us? Are disclaimers really relevant to those of us who are just trying to get by?

Well, yes. If you have bad credit issues, your inheritance could vanish without a trace the second you receive it. This is sticky in any family situation, especially a dramatic one involving the death of a loved one. It could end up costing you a lot more than your windfall. In fact, this is why disclaimers were invented in the first place. By disclaiming the benefit, your tax woes don't touch the estate at all.

Even if you don't have problems like debt, filing a qualified disclaimer can help get around mistakes in a will that might otherwise tie up those benefits forever. For example, a man's second wife might disclaim her spousal inheritance to make sure his children from a previous marriage are covered equitably, even though this wasn't specified in the will. Or she might do it to ensure that her estate, when her time comes, doesn't run into its own problems.

The Rules of Disclaimers

According to the IRS and tax laws, all disclaimers need several basic things to be qualified. They must be in writing and irrevocable -- meaning you can't change your mind later -- and they must be delivered to the executor or other representative within nine months of the person's death. (For a minor heir, this would be nine months after his or her 21st birthday.) This all makes sense, but it seems similar to how you'd treat any other legal document.

Two requirements, though, are very important. First, you can't get any benefit from the disclaimed amount: You can't use some of it and then disclaim the rest, or set aside a certain amount for later. It has to be as if you'd never been a part of the process, or as if you'd passed away first.

Along those same lines, you can't have anything to say about where the inheritance goes next. Since you were retroactively never in line to inherit, you can't dictate who the beneficiary should be. If this taker in default, as they're called, isn't provided for in the will or estate documents, the bequest would follow down the usual federal and state lines of inheritance.

Not only can this become very complicated very quickly, but it also might have strange consequences given other exemptions and tax shelters in play. For example, if the taker in default is a grandchild but there's no generation-skipping tax exemption left, you're suddenly paying taxes you might have otherwise avoided.

Altogether, it's as important to understand the role of disclaimers before they become necessary as it is to come up with creative uses for them. Our tax system is constantly in flux these days: How are you supposed to provide for your family when you have no way of knowing whether there's even going to be an estate tax in the year that you die? By leaving room for disclaimers, you give your family a powerful tool to make sure everyone is taken care of and your wishes are followed. And that's the whole point of estate planning, after all.

Check out the links on the next page for more information about taxes and inheritance.