U.S. Adults Are Overwhelmingly Unprepared for Serious Illness or Injury

Browse the article U.S. Adults Are Overwhelmingly Unprepared for Serious Illness or Injury 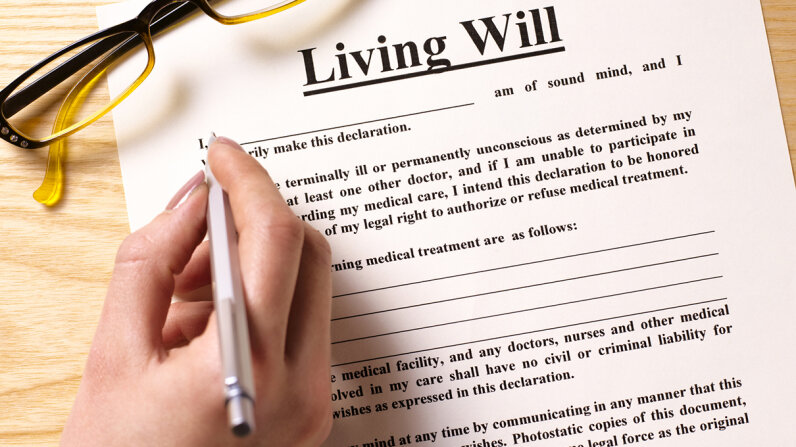 A new meta-analysis shows that only a third of Americans have prepared advanced directive documents. Peter Dazeley/Getty Images

If you're a prudent sort of person, you may have prepared an advance directive. That's a document designating who should make decisions on your behalf if you're ever stricken with an illness or injury making you unable to express your own wishes. It also gives directions about end-of-life care.

Unfortunately, most of us aren't prudent people, as demonstrated by new research from the University of Pennsylvania, and published in the journal Health Affairs. The researchers analyzed 150 previous studies involving 750,000 subjects conducted over the past six years, in an effort to find out how many adults had completed a living will, a healthcare power of attorney, or both.

The Penn researchers found that nearly two-thirds of U.S. adults — 63 percent, to be precise — had not completed either of those documents. Only 29.3 percent had written a living will that contained specific end-of-life directions, such as how and even whether they should be kept alive on a ventilator or with a feeding tube, in the event of a catastrophic brain injury with unlikely recovery chances. And just 33.4 percent had designated someone to receive healthcare power of attorney, the authority to make decisions on their behalf.

People suffering from chronic illnesses were slightly more prepared than the average — 38.2 percent had prepared advance directives, for example — and people age 65 and older had the documents 45.6 percent of the time, compared to 31.6 percent among younger adults. In addition to easing emotional and financial burdens on family and loved ones, these documents also help the country at large by lightening the resources required of the legal and medical industries.

"Most experts agree that some form of written directives are a key component of advance care planning, and yet rates of completion are low and do not appear to be increasing," says Dr. Katherine Courtright, a Penn medical school instructor and one of the study's authors, in a press release. "We need to address common barriers to completing these important documents on a national level, particularly among chronically ill patients who are at higher risk for critical illness and death."