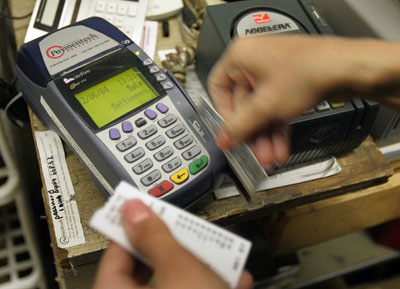 A sales associate works on a customer's transaction with a credit card at Cut Rate Toys Dec. 6, 2004 in Chicago.
Tim Boyle/Getty Images

Buying on credit seems awfully nice -- especially when you can take as long as you want to pay it off. This kind of thinking, however, gets many people deep into debt.

Between 1995 and 2005, consumer debt more than doubled. The number of credit counselors has also more than doubled, but that happened in just three short years -- from 2000 to 2003 [source: Witzel].

In 2005, as consumer debt was ballooning into crisis proportions, no federal law regulated credit counseling agencies -- the companies that promised to help debtors pay off their bills. Many consumers didn't know where to turn. Laws varied greatly from state to state, and some states had no laws at all. The National Conference of Commissioners on Uniform State Laws (NCCUSL) took action by creating an act to give uniform rules to all states.

The NCCUSL proposed the Uniform Debt Management Services Act (UDMSA) in 2005. The act provides uniform rules for credit counseling services and debt settlement services. Credit counselors give advice to consumers, whereas debt settlers negotiate a portion of the payment to creditors. Before the act, existing laws between states were wildly different or governed only one part of debt management.

The act gives states guidelines on how to regulate different debt services. State legislators are free to choose what types of agencies can provide what options. States can choose between for-profit and not-for-profit, taxable and tax-exempt firms. Using requirements specified in the UDMSA, states can decide which services firms can offer. Consumers, meanwhile, can take comfort in knowing these firms are subject to more rigorous and uniform regulation.

In this article, you'll find out why the NCCUSL thought it was important to pass this act, along with a few of the act's highlights and what they might mean for you. 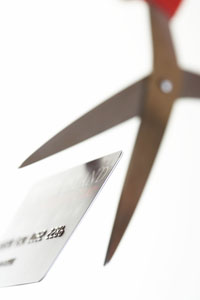 Getting into credit card debt is much easier than getting out of it.
Martin Poole/Digital Vision/Getty Images

In the late 1980s and 1990s, a robust economy led to a rise in consumer income. Credit card issuers became more lax in giving credit, leading to an increase in credit card debt. The amount of debt continued to rise, with more people beginning to default on their debt. In came the debt management agencies.

In many cases, debt management firms helped consumers get their finances back on track. However, as the total number of agencies grew, so did the number of dishonest agencies.

Consumer advocacy groups realized that not all of these agencies were operating in the customer's best interest. In some cases, people would have been better off making payments themselves. Sometimes the best plan would have been declaring bankruptcy, but counselors wouldn't mention that as an option, because it wouldn't put any money in the counselors' pockets. In other cases, agencies said they were nonprofit but then charged very high fees.

The Consumer Federation of America and the National Consumer Law Center conducted studies and found the main problems to be:

self-dealing and other conduct by agencies to evade limitations in the Internal Revenue Code."

People had assumed that these agencies were looking out for the consumer, but that assumption was less and less accurate. The study found that debt management plans were becoming more expensive, even if they were from nonprofit agencies. It also found that credit counselors weren't educating consumers [source: Witzel]. People could choose the wrong debt solution -- or even worse, never get out of debt -- because without education, they didn't know how to change their financial habits.

As a result of the studies, the NCCUSL formed a drafting committee to create a uniform law. Consumers' growing debt and the lack of regulation among states were creating a recipe for disaster. A more uniform law would not only help consumers, but also allow the industry to be more easily regulated.

The NCCUSL issued the act in July 2005, making it the first effort to provide some national rules. Since then, several states have passed the act, while several others have introduced it into their legislature.

See the next page to find out which states have adopted the act and some of its benefits to consumers.

The National Conference of Commissioners on Uniform State Laws has been working for clarity and consistency among state laws for 116 years. All members are lawyers who are licensed to practice. They include lawyer-legislators, private practice attorneys, judges and law professors from the 50 states, District of Columbia, Puerto Rico and the U.S. Virgin Islands [source: NCCUSL].

The act was completed by the NCCUSL in 2005. Four states have already adopted it:

Hawaii, Illinois, Missouri and Wisconsin all introduced the legislation during 2007 [source: UDMSA].

One of the act's requirements for agencies includes strict guidelines for registering with the state.

Among other things, when a firm registers with the state, it must:

Firms must now be more up-front and comprehensive about their services and fees to help educate the consumer. Because of the act, registered firms now have to:

The act also imposes limitations on fees and other charges. Although the fees can vary, firms must also be clearer about the fees they are charging. In addition to annually reviewing fee rates, agencies are required to:

In addition, a firm must provide services without fees if a person can't afford it. However, this requirement only applies if the person has filed for bankruptcy protection or if the firm has tax-exempt status.

Agencies now have to be careful of several limitations in the act. The UDMSA limits many practices that the NCCUSL considers unlawful. These regulations help keep the consumer safe when doing business. The act does not allow firms to:

These are just a few of the ways that the law is now on the consumers' side. The UDMSA also requires that all registered agencies have a toll-free telephone line staffed during normal business hours so consumers can speak to an actual person during the day.

Although the act has yet to be passed in many states, consumers can rest easier knowing there is a uniform model to follow and someone is looking out for their best interests.

To learn more about debt and read articles about personal finance, you can follow the links on the next page.

Although the act didn't go into effect until July 1, 2007, Utah was actually the first state to enact it. Legislators in Utah considered the UDMSA for less than two months before approving it [source: Tenenbaum].