Advantages and Disadvantages of Income-Based Repayment 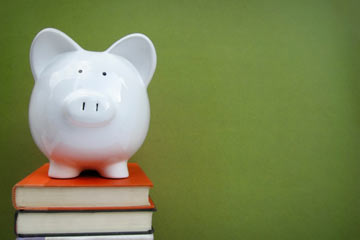 There are many distinct benefits and a few potential drawbacks of choosing Income-Based Payment (IBR) over the standard loan repayment method. The biggest advantage is that monthly student loan payments under IBR are guaranteed to be lower than the standard plan, and in many cases significantly lower. Since the monthly payment amount cannot be more than 10 or 15 percent of your discretionary income it will always be affordable.

Another advantage of IBR concerns the interest on your loan. If you have a Direct Subsidized Loan or a Subsidized Federal Stafford Loan, then the government will pay any interest that isn't covered by your lowered monthly payment for up to three years. For example, if the interest portion of your loan payment is $300, but your IBR-calculated payment is only $200, then the government will pay the $100 difference for up to three consecutive years after you first qualify for IBR.

The other significant advantage of IBR is that any loan balance remaining after 25 years will be canceled. If you take out a loan in 2012 or later, the balance is canceled after 20 years. Even better, if you work in public service -- for any federal, state or local government, or any approved nonprofit organization -- you are entitled to further help. Under the Public Service Loan Forgiveness Program, if you make 120 on-time loan payments (including IBR), the rest of your loan is canceled [source: Federal Student Aid].

One potential drawback of IBR is that by extending the term of the loan to 20 or 25 years, you could end up paying more interest than with a 10-year loan. That's how amortization works; the longer the loan, the more interest is paid over the life of the loan. Another drawback is the paperwork required. Since your IBR payments are pegged to your annual income, you need to submit earnings information to your loan servicer every year. If you fail to do so, the loan servicer has the right to raise your monthly payment amount back to the standard plan amount [source: Federal Student Aid]. Taxes are another consideration. Unless you work a public-service job, you will have to pay income tax on any loan amount forgiven after 20 or 25 years [source: FinAid]

Some critics argue that loan forgiveness programs like IBR could have the unintended effect of making college even more expensive. If students know that they won't have to spend more than 10 percent of disposable income on loans, and that their debt will be canceled after 20 years, then they will be more willing to pay higher tuitions and take on even more debt [source: Goldrick-Rab]. The effect of IBR on college tuition remains to be seen.

When jobs dry up, there is a lot of hand-wringing over the value of a college education. What's the point of spending tens of thousands of dollars -- or piling on tens of thousands of dollars of debt -- if your college diploma can't get you more than a sales associate gig at Gap? The focus, however, should be on the long-term, both for individuals and the nation as a whole. For individuals, the numbers show that college graduates make much more money over the course of their careers compared to high school graduates. And for the nation, a better-educated populace drives innovation, fills the jobs of the future and raises the overall standard of living. That's why I applaud programs like Income-Based Repayment, which protect borrowers during downturns and allow payments to increase when earnings increase. It makes sense and it keeps higher education affordable.