What's the one thing I can do to hurt my credit score the most? 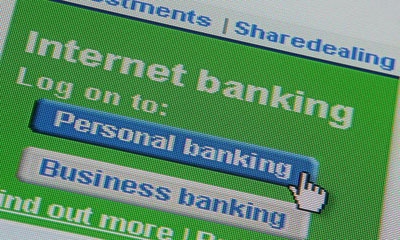 C­redit scoring is based on a mathematical algorithm that can be, at times, a little wacky. The company responsible for creating the industry standard for credit models, Fair Isaac Corporation, constantly tweaks scoring formulas as problems with the system emerge. But inevitably, problems still arise.

For example, in the early 1990s, it became evident that the credit scores of people who contacted their former creditors to rectify old debt were actually suffering as a result. Scoring is based in part on how recent a debt is -- old debts affect scores less negatively than newer ones. Simply by contacting a creditor or collection agency, old debt that has been languishing and neglected can suddenly reflect new activity. As such, some scoring formulas calculate that same old debt as a recent one -- and your credit score can fall [source: Weston].

So you can see that credit scoring can be tricky. This, in turn, makes it pretty tricky to determine what will damage a credit score the most. Some consumer counselors and industry experts suggest not living and dying by your credit score. Rather, take steps, like paying bills on time and keeping your debt low, to clear credit clutter from your mind [source: BankRate]. But some months are better than others, so if you have to choose between paying a bill and putting more than you'd like to on your credit card, which should it be?

Since 35 percent of your credit score is based on credit history, the worst mistake the average person can make is to make late payments. Fair Isaac Corporation says that having late credit is as bad as it gets as far as single credit mistakes go [source: Kiplinger's]. Experian, one of the three major credit reporting bureaus, says that when someone makes a late payment, he or she is effectively telling future creditors to expect problems collecting the money they're owed [source: Experian]. The combination of showing you aren't timely in making your payments and the effect it can have on lowering your credit score makes late payments a bad idea credit-wise.

Paying late is problematic in other ways, too. Not making payments for six months leaves credit card companies with the option of writing off your debt as a lost cause. This is called a charge-off. In a charge-off, the company generally closes your account and turns your account over to their collections department or an independent collection agency. But the charge-off still shows up on your credit report and negatively impacts your score. What's more, it can stay on your credit history for seven years before it can no longer be reported [source: Weston]. And remember the catch-22 we discussed earlier: Making restitution on charge-offs can further lower your score by causing debts to appear more recent than they actually are.

A closed account means you still owe what you did before, but no longer have a credit limit. This has a further negative impact on your credit score. While payment history makes up 35 percent of your score, that debt-to-credit ratio mentioned on the last page makes up 30 percent of your score [source: Lending Tree]. Left with the debt and lost available credit from a charge-off, the negative credit score from a poor credit payment history is compounded even more.

So paying your bills late -- or not at all -- can create a domino effect that wreaks havoc on a credit score. The good news is that while a history of late payments can hurt your credit the most, it can also be among the easiest pitfalls to avoid. Simply paying bills on time can keep a credit score fairly high.