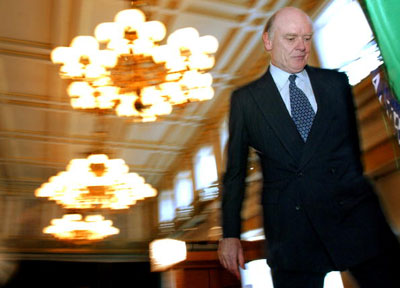 The world economy runs on credit. Most people could never buy a car, own a house, or pay for a college education if they couldn't apply for a loan or mortgage from a bank or other credit lending institution.

These lending institutions take a risk when they give a loan to a consumer. What if the borrower loses his job and can't pay back the loan? What if he or she invests poorly in real estate and has to declare bankruptcy? The only way a lending institution can calculate the risk of lending money to a consumer is to check that individual's credit report and credit score.

These credit reports contain records of all outstanding debts; payment history on credit cards, mortgages and other loans; defaulted payments and bankruptcy information and even public records pertaining to financial history. Credit scores are three-digit numbers -- ranging from 300 to 800 -- that are calculated using the information on a credit report.

Banks and other lenders decide whether to extend credit -- and at what interest rate -- based largely on the credit information provided by the CRAs. That's why credit reports and CRAs are so powerful. A negative credit event, like a foreclosure or bankruptcy, can stay on your credit report for up to 10 years, crippling your ability to receive new credit. Even worse, recent studies reveal that one out of every four credit reports contain serious errors (some caused by identity theft) that can wrongfully stain a consumer's credit history [source: MSNBC].

Since CRAs play such a pivotal role in the credit process, the United States government has established rules mandating what credit information can be collected and with whom it can be shared. These rules make up the basis of the Fair Credit Reporting Act, or the FCRA.

In this article, we'll learn what life was like for borrowers before the FCRA and come to understand your rights regarding your credit report under this important law. Let's start by looking back at a time when CRAs answered to no one and credit reports were hidden from consumers. 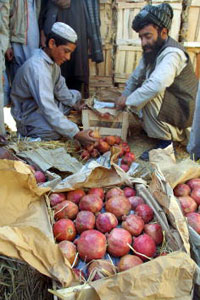 Credit reporting agencies, also known as consumer credit bureaus, first appeared in the United States in the late 19th century [source: Federal Reserve Bank of Philadelphia]. These early CRAs were loose organizations of local merchants and banks that shared credit information about their clients. In those days, the lenders actually knew the people to whom they were giving loans. Therefore, credit was extended or denied on the basis of personal trust.

But as banks and businesses went national and began to extend credit to borrowers across the country, a market grew for fast, reliable credit information. A national trade organization called Associated Credit Bureaus, Inc. (ACB) was founded in 1906 to establish standards and procedures for collecting and sharing consumer credit information. By the mid-1950s, the ACB had nearly 1,600 member organizations, all small local or regional CRAs [source: Federal Reserve Bank of Philadelphia].

The problem was that CRAs were private companies who answered to no government authority or regulation. Credit reports in those days contained exclusively negative financial information and there were no limits to how long a negative event could stay on the report.

Before the FCRA, consumers had no right to view their credit reports, even if they were denied credit because of the information in a particular report. If a consumer believed he or she was denied credit based on erroneous information, there was no recourse to correct it.

Credit reports also contained lifestyle information on consumers that had no direct relation to their credit-worthiness, like drinking habits, sexual orientation and even cleanliness.

Since there were no limits on who could read the contents of a credit report, consumers were often denied other nonfinancial opportunities, like insurance or employment, based on information in their reports. Even worse, in the 1960s, investigators working for the CRAs began to make up negative information about consumers to fill quotas on their subjects [source: Electronic Privacy Information Center]. News of this abuse led to the first congressional inquiries into the credit reporting industry.

In 1970, Congress passed the Fair Credit Reporting Act (FCRA), which went into effect the following year. There have been several important amendments to the FRCA, including the Consumer Credit Reporting Reform Act of 1996 and the Fair and Accurate Credit Transactions Act of 2003 (FACTA). The FCRA and its amending acts are enforced by the Federal Trade Commission (FTC).

Now, let's look at the important rights and protections afforded by the FCRA and its amendments. 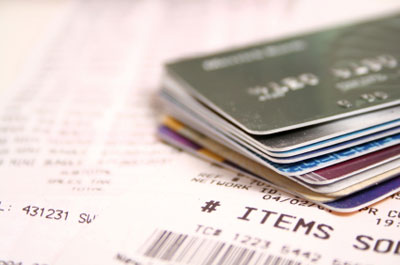 ©iStockphoto.com The FCRA allows you to request annual credit reports and dispute any false charges or claims. Keeping a record of your current and closed credit card accounts as well as your purchases will help you identify any red flags on your report.

The most important right guaranteed by the FCRA is that consumers can order a full copy of their credit report from any credit reporting agency. At first, consumers had to pay for these credit reports, but under the Fair and Accurate Credit Transactions Act (FACTA) amendment, everyone is entitled to one free copy of his or her credit report every 12 months from each of the big three CRAs.

Also, if information on a credit report was used to deny you credit, the FCRA says you have a right to a free copy of that report from the CRA in question. The FCRA also gives you the right to tell your side of the story regarding a negative credit event and adds your description to the credit report. And with the FCRA, negative events stay on the report for a maximum of 10 years.

Under the FCRA, you also have the right to correct erroneous information on your credit report. Some of the most common mistakes include information from someone else with the same name being filed with your report or a closed credit account listed as open on your report. The FCRA has an established procedure for reporting, investigating and correcting errors.

The FACTA amendment to the FCRA also includes important protections against identity theft:

According to the FCRA, a credit report can only be shared with certain parties in certain situations, including:

Medical and health information is protected by the FCRA. No credit report containing medical information can be shared with creditors, particularly insurers, without your written permission.

As private companies, CRAs sell consumer information for affiliate marketing purposes. That's why you receive letters from credit card companies saying you're preapproved for their cards. The FCRA and FACTA let you to opt out of these prescreening offers and remove your name from affiliate marketing lists by calling 1-888-5-OPTOUT. This number is also included on all prescreening credit card and insurance offers.

The FCRA is designed to protect your credit, and you should be aware of your rights. For more information on credit reporting and related topics, follow the links on the following page.

What are some HSA tax benefits?
How Year-end Business Taxes Work
5 Differences Between Roth and Traditional 401(k)s