How soon after bankruptcy can I buy a house?

Browse the article How soon after bankruptcy can I buy a house? 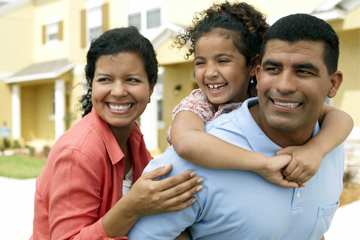 You may have to wait a bit to qualify for a home loan, but you'll be back on your feet a lot sooner than you think.
Fuse/Thinkstock

It was the perfect storm, at least as far as your finances were concerned. But now, you're back on track with steady employment and a plan for the future. A bankruptcy filing will clear your debts, and you're anxious to move forward. Soon, you'll be ready to buy a home.

But how soon is too soon? The biggest obstacle to buying a home will be securing a loan. In general, lenders prefer two years of on-time payments reflected on a credit report before giving you a mortgage. This can be problematic, not only because you probably had delinquent payments leading up to your bankruptcy filing, but because lenders continued to report those payments as delinquent during the filing process — even though they were forced to halt collection. This can compound the damage done to your credit score, because a bankruptcy can drop it 100 points and delinquencies can drop it even more.

A history of delinquent payments, a bankruptcy, and a poor credit score are some of the criteria taken into account when a lender considers your ability to repay a loan. Most mortgage providers determine eligibility using a formula that includes your credit rating, income, liabilities, and family size among other factors [source: Hirby].

Before your home search can begin, your bankruptcy must be discharged, a process that can take several months — sometimes years — from the time it is filed. When a bankruptcy is discharged, the debtor isn't legally responsible to pay any debts that were forgiven as a result. There are a few exceptions, including debts that were not discharged and debts that a debtor has agreed to continue to pay, such as a mortgage [source: U.S. Courts].

Keep in mind that if you do find a lender willing to loan money for a home, especially when you've just emerged from bankruptcy, that lender will probably charge higher interest rates. Beware of adjustable rates that can rise over time [source: Bank Rate]. Your best bet may be to contact the Federal Housing Administration (FHA), which has simplified criteria for lending. FHA-backed mortgages also come with additional restrictions, such as a 24-month or 12-month waiting period after a Chapter 7 discharge or 12 months of timely Chapter 13 payments.

In 2013, the FHA post-bankruptcy waiting period was shortened from 24 months to 12 months, as long as you can show that your bankruptcy was the result of an extenuating circumstance. An example of this would be an "economic event" such as a six-month loss of at least 20 percent of your income. In addition, some FHA loans come with other restrictions, such as the ability to demonstrate good credit before the loss of income [sources: Fannie Mae, Weed]. The bottom line? It can take up to two years after your bankruptcy is discharged to qualify for a home loan. But good things come to those who wait.