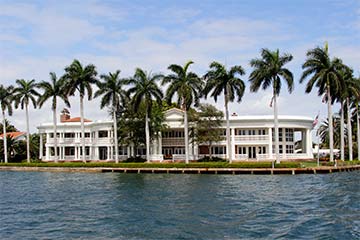 Before the change in bankruptcy laws in 2005, some homeowners tried to protect themselves by moving to a state with a generous homestead exemption (like Florida), then buying a very expensive house.
Education Images/UIG via Getty Images

Unpaid bills pile up in a corner. Creditors hound you daily. You're working hard, but it's just not enough. Or maybe you have a spending problem. Or enormous medical bills. Whatever the reason, you simply can't pay your debts. You have to declare bankruptcy.

Sweat beads on your forehead. Visions of a foreclosure sign on your front lawn flash into your mind, followed by images of your car being towed away. What will happen? How will you live? Take a deep breath and relax. State and federal governments don't want to see you wind up in the poorhouse, either, so they offer bankruptcy exemptions to help get you back on your feet.

Before explaining exemptions, here's a quick bankruptcy primer. When you file for bankruptcy, you have a choice of filing for Chapter 7 or 13 bankruptcy. (Chapter 11, a well-known filing, is mainly for businesses.) Once you file, most of your property (home, vehicles, jewelry and furniture) becomes part of your bankruptcy estate, meaning it can be sold to pay off your debt -- unless it can be exempted, or protected from sale.

Under Chapter 7 bankruptcy, a quicker, easier process, your assigned bankruptcy trustee sells off your unprotected, or nonexempt, assets to pay back your creditors. It's generally the best option if most of your debts can be paid off by filing Chapter 7, and if most of your property can be exempted, or protected [source: Lazun].

Under Chapter 13 bankruptcy, you can keep your property, but you must create a three- to five-year payment plan to reimburse your creditors. The amount you have to pay back equals the value of your unprotected, or nonexempt, assets. This plan works best if you have enough income to afford the payment plan [source: Lazun].

The 50 U.S. states and the District of Columbia (D.C.) are the key players in personal bankruptcy filings. Each has its own set of bankruptcy exemptions. The federal government does, too, but it's the states and D.C. that decide whether citizens must use their exemptions or can opt for the federal exemptions instead. In 2014, just 20 of the 51 governments allowed residents to use the federal exemptions: Alaska, Arkansas, Connecticut, D.C., Hawaii, Kentucky, Massachusetts, Michigan, Minnesota, New Hampshire, New Jersey, New Mexico, New York, Oregon, Pennsylvania, Rhode Island, Texas, Vermont, Washington and Wisconsin [source: Bulkat].

So what exemptions do states offer? All states' exemptions are similar to each other and those offered by the federal government. A few of the more common ones are insurance benefits, motor vehicles, pension/retirement benefits, residential property and trade implements, such as equipment, tools, inventory. However, the amount of the exemptions varies wildly among the governments. For example, Illinois allows you to exempt up to $2,400 in one motor vehicle; in Connecticut, it's $13,500 [source: Nolo].

In some cases, it's not clear which state's bankruptcy laws you have to follow. What if you split your time between two different homes? What if you moved to a different state shortly before or after you filed for bankruptcy? What if you live in one state but work in another? Domicile requirements determine which bankruptcy rules you follow.

Under domicile requirements, specifically the 730-Day Rule, you'll follow the bankruptcy rules of the state where you've lived, paid taxes and voted for the past 730 days, or two years. If you haven't lived in the same state for the past two years, the 180-Day Rule kicks in. This says you must look back to where you lived during the 180 days (six months) prior to the two years preceding your bankruptcy filing, then use that state's bankruptcy laws [source: Bulkat].

A final note: If you live in a state that allows you to use federal bankruptcy rules, keep in mind you can't mix and match exemptions. You'll have to choose either your state's rules or those of the feds.

What Else Can I Keep?

Depending on the state you live in, you may be able to exclude burial plots, church pews, wedding rings, or firearms from your bankruptcy estate, to name just a few items. See Nolo's website for a complete list. 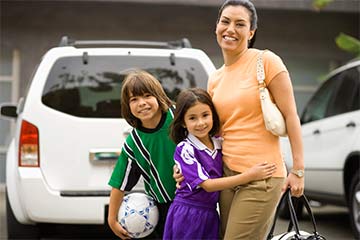 Some states have a vehicle exemption but the dollar amounts vary wildly.
Digital Vision/Thinkstock

Your home is probably the most important asset you'd like to protect. And it's one creditors would love to get their hands on, as most people have a lot of equity in their home. (Equity = your home's value less the amount remaining on your mortgage. So if your home is worth $250,000 and you still owe $100,000 on it, you have $150,000 of equity.) To protect your home, you'll want to use a state or federal homestead exemption.

Most states have a homestead exemption, but as with the other exemptions, they vary wildly in the dollar amount. In Alabama it's $5,000; in Florida, it's unlimited as long as the property is a half-acre or less if you live in a municipality, or 160 acres in the country. In 2014, the federal government was offering a $22,975 exemption. Before the Bankruptcy Abuse Prevention and Consumer Protection Act of 2005 was enacted, some homeowners tried to protect their homes and other assets by moving to a state with a generous homestead exemption, then buying an expensive home. But this act stipulates that those who bought a home within 1,215 days of filing for bankruptcy are limited to a $155,675 exemption (as of 2014) no matter where they live [source: Bulkat].

It's possible that you have a home but no equity in it, or that the amount your state offers will cover your equity. If so -- good news! -- you can keep your home. But remember you still have to continue to pay the mortgage on it if you don't want your lender to foreclose.

Thankfully, I've never had to file for bankruptcy. It's good to know there are a fair number of exemptions to lessen the burden should I ever find myself in this situation.