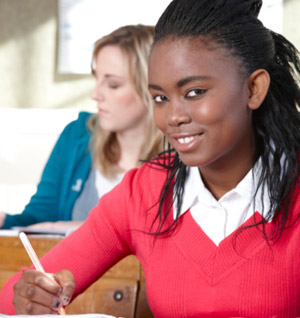 Nearly one-fifth of all college students in the U.S. receives some form of state-funded financial aid for school.
Supernova/Getty Images

The United States government is a little funny. We don't have just one centralized government, but thousands of overlapping federal, state and local governments. This complicated power-sharing arrangement is called federalism, and it's what fuses the United States of America together.

For tax purposes, however, federalism is a real drag. (You could end up owing taxes to three different entities.) But if you're trying to finance a college education, it's nice to know that there's more than one source for government-sponsored financial aid. Most people are aware of federal student aid programs like Pell grants, Stafford loans and federal work-study. But fewer people know about state-sponsored grants, scholarships, loans, work-study and college savings plans.

Federal financial aid is administered by the U.S. Department of Education. State-based financial aid is managed by state departments of education, state treasuries and a variety of public and private nonprofit organizations like student assistance commissions, offices of higher education, loan guarantee agencies and more.

Each state offers its own grants, scholarships, loans and more to state residents. Some of these programs are geared toward underrepresented minorities. Others are reserved for high-performing students. However, most state financial aid is need-based, meaning that a family must demonstrate a certain level of financial need to qualify.

To simplify the process for receiving state financial aid, state organizations determine eligibility for their programs using the Free Application for Federal Student Aid (FAFSA). Each state has its own deadline for submitting the FAFSA to qualify for state funds. In addition to the FAFSA, many states require separate applications for individual grant, scholarship and state work-study programs.

Let's start by looking at who is eligible to receive state financial aid. For example, do you apply to the state in which you're going to college or the state where you've established permanent residency? Keep reading to find out.

The eligibility requirements for state-funded financial aid are similar, but not identical, to the requirements for federal aid. For example, in most states you must be a U.S. citizen, U.S. national or eligible noncitizen to apply for aid, as federal guidelines require. But some states, like Texas, allow undocumented aliens to apply for state funds. Texas tells undocumented students to forgo the FAFSA and fill out the TASFA (Texas Application for State Financial Aid), which provides grants and scholarships without regard to citizenship [source: Texas Higher Education Coordinating Board].

The most important requirement for all state financial aid organizations is state residency. Using our Texas example, undocumented students can apply for state aid, but only if they're classified as Texas residents [source: Texas Higher Education Coordinating Board]. Each state has its own requirements for establishing residency, but here are some general rules:

Interestingly, if you live in a certain state while attending a college, university or any post-secondary institution, that time doesn't count toward your residency [source: PHEAA]. So if you grew up in Colorado and spent four years in Pennsylvania for college, those four years don't make you a Pennsylvania resident. For financial aid purposes, you're still a Colorado resident.

State departments of education have developed very nuanced and specific rules for establishing residency. This is because state colleges and universities charge wildly different tuitions for in-state and out-of-state students. There's lots of emphasis placed on intent: Why did you move out of state temporarily? Was it always your goal to return? For tuition purposes, many state schools require applicants to sign statements of legal residence [source: UCSB]. For state-based financial aid, it's not as strict. Beyond the residency requirement, male students between 18 and 25 must register with the Selective Service.

Now that we know who is eligible for state financial aid, let's look at the types of aid offered by each type of state agency. We'll start with the nonprofit higher education agencies found in most states. 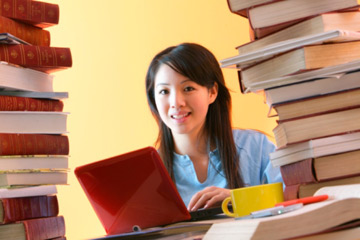 Higher education agencies are typically run by a president or CEO overseen by a board of directors or commissioners. Even though most assistance agencies are not official government entities, they often involve elected or appointed government officials. For example, the board of the Pennsylvania Higher Education Assistance Agency (PHEAA) is made up entirely of state senators, state representatives and judges, plus the state secretary of education [source: PHEAA]. Obviously, these agencies blur the line between public and private institutions.

State higher education agencies administer many types of financial aid, including grants, scholarships, state work-study and loans. Most state aid is need-based; states often use their financial aid programs to help low-income and underrepresented students to prepare for and attend college.

For example, the 21st Century Scholars Program challenges low-income Indiana students in the sixth through eighth grades to sign and fulfill a pledge of good citizenship. In return, the state will pay for their full four-year college education at any public college in Indiana [source: SSACI]. The Minnesota Achieve Scholarship provides up to $4,000 to high school students who complete a "rigorous course of study" defined by the state [source: Minnesota Office of Higher Education].

Many states offer tuition assistance to members of the Air or Army National Guard. Florida offers 100 percent tuition at public colleges and universities. Michigan pays 50 percent of tuition per semester, up to $2,000 for each academic year [source: Air National Guard].

Some state agencies offer their own state-funded student loans. To qualify, students must exhaust all other sources of financial aid, including federal loans. Participants in the New York Higher Education Loan Program can secure interest rates starting at 7.55 percent, which is considerably higher than the 5.6 percent offered by federal Stafford loans, but lower than most private lenders [source: HESC].

Since each state is different, there's an endless variety of aid available. Some states have tuition reimbursement and loan forgiveness programs for public service professionals like teachers and doctors. However, many agencies have had to cut back on financial aid programs due to state budget cuts.

The role of the guaranty agency is to reach out and educate state high school and college students about the availability of financial aid. The agency often reviews and processes loan applications to take the burden off the private lenders, and it even helps disburse the loan funds directly to the college or university [source: America's Student Loan Providers]. However, the main responsibility of the guaranty agency is to pay private lenders if student borrowers default on their loans.

If a borrower defaults on a student loan, the private lender can file a default claim with the guaranty agency, which has to purchase the balance of the loan. The federal government will reimburse the state guarantee agency, but only up to 95 percent of the purchase amount. And that's only if the feds determine that the guaranty agency did everything in its power to prevent the default. The actual reimbursement amount can be as low as 75 percent [source: America's Student Loan Providers].

Since guaranty agencies are reimbursed according to their due diligence in helping students avoid default, agencies expend a lot of effort educating and counseling borrowers about managing their loan payments. Even after a guaranty agency is reimbursed, the agency still has the responsibility of collecting on the defaulted loan. It can either work through other state agencies (the Department of Motor Vehicles or state tax office) or through private collection agencies [source: America's Student Loan Providers]. The goal is to get the borrower onto a default rehabilitation program to repay the debt on more reasonable terms.

Most federal student loans come with a "guarantee fee" of 1 percent or less of the disbursed amount. That fee compensates the state guaranty agency for its work.

In states like Pennsylvania, where the guaranty agency handles a large volume of loans -- more than $84 billion at last count -- the agency waives the guarantee fee for borrowers [source: FinAid].

Now let's look at how the treasury helps families pay for college. 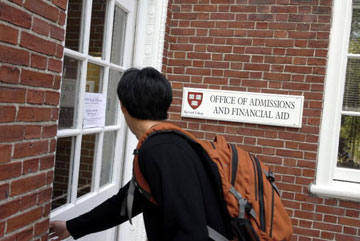 State treasuries run 529 plans, which are an easy and effective way to save for college.
Glen Cooper/Getty Images

When it comes to saving for college, it's hard to beat 529 plans. These are long-term investment accounts like Roth IRAs and 401(k) plans -- but even better. Not only is the interest earned on a 529 account tax-free, but you can deduct contributions to the account from your state taxes (up to a certain limit). And if you use 529 funds to pay for college, you don't even pay taxes when you withdraw the money.

State treasuries manage 529 plans. The investments themselves are handled by private investment firms and mutual funds. Most states offer one or more 529 plans. The best part? You can choose to invest in any available 529 plan regardless of where you live or want to go to college. There are many Web sites that compare 529 plans for the highest yield and the best tax advantages.

A twist on the 529 savings plan is the prepaid 529 plan. Prepaid 529 plans let you lock in the current price tag of a state college education and begin paying it off immediately. Interestingly, prepaid 529 plans don't restrict you from using the funds in another state: You can even convert the funds for use at a private college or out-of-state school [source: SavingForCollege].