Browse the article What are some of the top MBA programs? 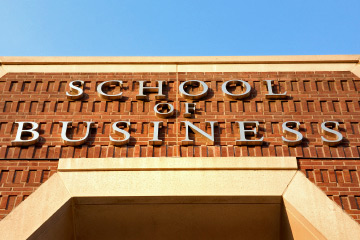 Heading off to college is the natural next step for many high school grads. It's a social rite of passage for some and a means to the career of their choice for others. And for many students, higher education doesn't stop at an undergraduate degree. Post-graduate programs are plentiful and popular, especially in the United States.

There are various reasons students continue onto grad school, and many choose to earn a Master of Business Administration (MBA). In fact, more than 100,000 American students enroll in MBA programs each year [source: Ostdick]. Choosing to go from undergrad directly into an MBA program is an oft chosen path for those who want to start out their career search aiming for better jobs and higher salaries. And if you're already employed, adding an MBA to your credentials can give you leverage in your current job in the form of promotions and salary increases.

Let's say you're a freelancer or you do a little business consulting on the side. Having an MBA on your resume is a nice way to attract new clients and could also qualify you to make a higher rate. If you realize that your philosophy major may not be landing you the desired job in corporate America, an MBA can give you the leg up you need without a "do-over" in your undergraduate studies. MBA students can qualify for grants and loans, and many businesses will pay for all or part of their employees' tuition. On the following pages, we'll take a look at some of the top MBA programs. 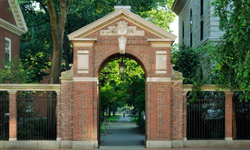 The gates of Harvard lead to the No. 1 business school in the United States.
©iStockphoto.com/jorgeantonio

Choosing the right MBA program for you depends on two main factors -- the school's ranking and location. If you're after a degree from a top-tier school and meet the stringent requirements, you should concentrate on the top five schools and then factor in where the school is located and where you might want to end up in your career. Having a degree from a top five school makes you an attractive job candidate pretty much anywhere, but sometimes getting a job in the same town as the university can prove even easier. Add to this the fact that there isn't a drastic difference in the reputations of the top five schools, and in the end, you'll want to live in a town that gives you the quality of life you desire.

The top five business schools in 2009, in order, as ranked by U.S. News and World Report are Harvard, Stanford, Northwestern, University of Pennsylvania (Penn) and the Massachusetts Institute of Technology (MIT). If you're serious about any of these schools, you need to consider the financials, because they aren't cheap. The good news is each program offers abundant scholarships, grants and loans. The general thinking is that if you can get into a top five school, you can find a way to get it paid for. The tuitions of each of the top five schools are in the same ballpark, with No. 1 Harvard coming in at the least expensive at $43,800. Stanford is the most expensive, with an annual tuition of $48,921 [source: USNews].

As far as location, Stanford is the only top five school out west, so if you like avocado on your eggs or want to give surfing a try, Stanford is a good bet. MIT is a good school if you're interested in the business side of the tech industry. It's one of the leading tech universities in the nation, and its sterling reputation can be a big boost to a graduate looking for a job in Silicon Valley. Stanford and MIT also have the smallest programs, so expect more competition for admission.

If you want to go the more Ivy League route, then Harvard and Penn are the way to go. Penn's Wharton School of business is one of the most prestigious in the United States and will open many doors for you in a career search. Northwestern's Kellogg School of Management is located in Evanston, Ill., and also has a great reputation as the No. 3 ranked school. But if you have the means and the grades, there's no beating Harvard Business School. With a degree from this prestigious Cambridge, Mass., university, you can pretty much write your own ticket to the career of your dreams.

In addition to the top five, there are also rankings that include the top 20 MBA programs. There are several reasons to consider a top 20 school, instead of just the top five. Many people go for their MBA a little later in life and are already settled down in a career. In this case, you'll probably want to stick a little closer to home. Another reason to make your way down the list is that it typically gets a little less expensive. Sure, you can get loans to go to Stanford, but you can save $10,000 to $20,000 per year and still get a degree from a top 20 school by going to say, Georgetown in Washington, D.C., or Emory University in Atlanta.

Another reason to consider the top 20 schools is that you won't find too much of a difference in reputation among the lower 15. The difference between Columbia, Yale and Duke Universities isn't enough to warrant a cross-country move in most cases. If you live in the same region as one of these schools and can get in, it might be a good match. If the Southern United States appeals to you and you appreciate a good college town, then Duke and The University of North Carolina at Chapel Hill are both great options. Durham and Chapel Hill are both classic small college towns and the academic atmosphere and reputations are both top notch. They're ranked at 12 and 20, respectively, and at Chapel Hill, you can gain in-state residency for a comparably low tuition of $19,525 [source: US News].

If big cities are your thing, you can pick from Georgia Tech, Georgetown, University of California at Los Angeles (UCLA), University of Southern California (USC), New York University and the University of Chicago. Each of these schools is in a major metropolitan area and each resides in the top 20 ranked business schools. Living in these towns may give you an edge when it comes time to graduate and get into the job market, so think about where you may want to start or change your career. They're all in the mid $40s per year for tuition, with the exception of UCLA, which offers in-state fees of about $33,000.