How the GMAT Works 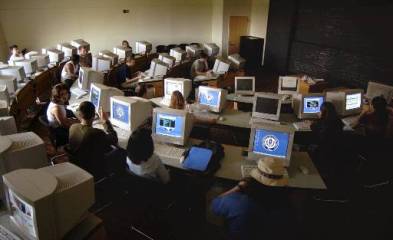 For better or for worse, standardized tests are the gatekeepers of higher education. Almost every college, university and graduate program includes a standardized test among its admissions requirements. The Graduate Management Admission Test (GMAT) is used by institutions worldwide to evaluate applicants to graduate business and management programs. For students in the United States, the GMAT is most closely associated with applying to master of business administration (MBA) programs at a business school.

The GMAT has been administered by the Graduate Management Admission Council (GMAC) -- a global consortium of nearly 200 business schools -- since 1954 [source: GMAC]. The test is part of the selection criteria of more than 4,500 programs at 1,900 institutions in 81 countries.

Even with the economic slump (or perhaps because of it), more than 267,000 people worldwide took the GMAT in 2009 -- the most in the history of the exam [source: Bradshaw]. The GMAT boom is being fueled by increased participation from non-U.S. test-takers, particularly the Chinese, whose participation jumped by 35 percent in 2009. That was also the first year in which non-U.S. test-takers outnumbered their American counterparts [source: Bradshaw].

The GMAT -- much like the SAT, GRE, the LSAT and the MCAT -- is a long, intentionally difficult exam that requires much practice and preparation. There is no "minimum" GMAT score to get into business school, since schools vary in competitiveness and in the amount in which they weigh GMAT scores as part of the application process.

That said, if you want to get into a highly competitive program, it might be helpful to know that the median GMAT score at the top 50 business schools is 660 out of a possible 800. Harvard, Wharton (University of Pennsylvania), Stanford, Sloan (Massachusetts Institute of Technology) and Yale business schools -- widely considered the cream of the crop -- all have median scores above 700 [source: GMAT CAT].

You can take the GMAT as many times as you want. Some schools only look at your highest scores, while others take an average of each score. The biggest limiting factors are time and money; the test takes four hours to complete and costs $250 each time you take it.

While there is no foolproof trick to "cracking" the GMAT, there are many things you can do to improve your score and lower your stress on test day. Keep reading to find out exactly what kinds of questions are asked on the GMAT. 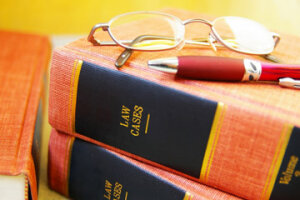 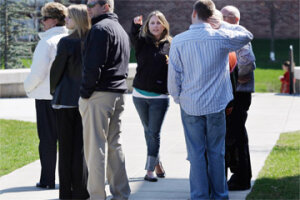