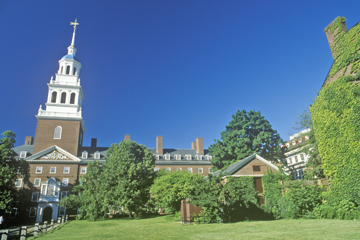 If you want to attend Harvard, you won't be able to commit early.
Joe Sohm/Getty Images

After a summer of broken yearbook promises to keep in touch (KIT) with your classmates, you begin your high school senior year with the inevitable decision looming -- where to apply for college admission. You're 17 or 18 years old and faced with a decision that will likely shape not only your professional life, but your personal life as well. College is the time when teenagers become young men and women, eager to dive into the workforce and evolve into contributing members of society. Or they go back to school to earn multiple degrees over the course of the next decade. Or they just travel around Europe with a worn Hacky Sack and a wrinkled Fodor's guide.

Which college you attend and what you study has a good chance of determining what industry you'll work in and even where you'll live to work in that industry. All of these decisions will determine your social circle, which will likely include your closest friends, boyfriends, girlfriends and eventually a partner for life. For this reason, the decision of which college to attend means much more to your future than a simple degree. So when it comes time to decide where you'll attend school, give due consideration to the region, the employment sector you wish to pursue and the major programs that interest you and how they rate.

The application process varies slightly depending on which college you're interested in, but you can beat the rush at many institutions by taking advantage of early decision or early action programs. But which one is right for you? We'll take a look at the difference between the two scenarios on the next page. 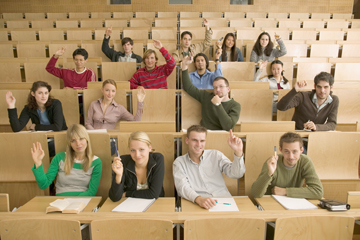