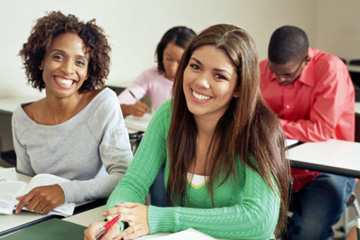 Art Vandalay/Digital Vision/Getty Images
To take your place in a classroom at the college of your choice, you'll have to beat out other students with outstanding qualifications.

Though it doesn't necessarily guarantee you a high-paying job once you graduate, earning a college degree is important for many people who want to break into the workforce. Before you can earn that degree, however, you have to be accepted by a school. But getting an invitation from the college of your choice isn't always a sure thing, either. Universities are flooded with applicants and want to focus on getting the cream of the crop. Even though their inboxes are filled with applications from qualified prospects, admissions officers want to see if they can pull in others with a little higher grade point average or test scores, to give the institution more bragging rights -- which come in handy when asking alumni for more donations.

If you've received a notification that you're on a college's waitlist, there are two ways of looking at it: On the one hand, you're eligible to attend that school, you just haven't been formally accepted. On the other hand, there's no guarantee that there will be a spot for you when the admissions staff makes its final decision. And before staff members decide who stays and who goes, they take several factors into consideration.

While it's difficult to survey every university throughout the world, data retrieved from the University of Georgia, Georgia Institute of Technology (Georgia Tech), Harvard University and the University of Oxford, among others, give us a general idea of the waiting list process. It's true, each school weighs applicants' strengths differently and it's generally accepted that prospects need to show how diverse their skills are. Where high school grades carry the most weight at the University of Georgia, extracurricular activities and supplemental materials such as a written essay often separate candidates with similar credentials. Before applying, research the application process and be sure you meet the criteria.If you're headed toward the waitlist, read through the next section to get a feel for what to expect. 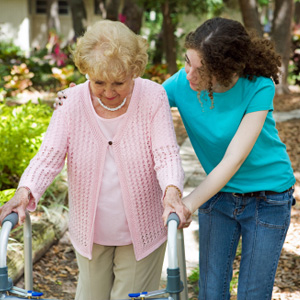 © iStockphoto.com/lisafx
There are many ways to stand out on your college application. Volunteer experience is just one type of extracurricular experience that looks good to admissions personnel.

Every year college admission becomes more competitive. The fact is, there simply isn't enough room for every applicant. For example, in 2009, Georgia Tech accepted 6,465 of 11,510 freshman applications. Of those, 2,650 enrolled (total enrollment in 2009 was 19,400) [source: Georgia Tech]. The University of Georgia accepted a similar percentage (9,594 of 17,909 freshman applicants with 4,725 enrollments) [source: University of Georgia]. While these two schools accepted roughly half of their applicants, it's a safe bet there are many who have been turned away simply because there isn't enough room.

If you're already on a college's waitlist, here are a few things you should understand: First, keep in mind that the school is interested in your enrollment if there's room for you. Be aware, however, that the school may choose to wait as long as possible before deciding to grant you acceptance. Unless you're in the upper percentage of early applicants, you probably won't get accepted until the school has had a chance to view more applicants.

Generally schools don't rank applications on waiting lists. In 2008, 600 students chose to join the waiting list at the University of Georgia through the school's specially developed Web site. The school doesn't guarantee anything, but fewer than half of the applicants accepted actually enrolled. When a spot opens, the school contacts the applicant and asks if they still want admission. At this time, applicants are granted admission to the next available semester.

For the most part, you need to have a combination of good grades and high test scores, not to mention some sort of extracurricular activity under your belt. Test scores are extremely important but not the only thing that matters. In fact, some schools have been known to turn down students with perfect test scores. It's also important to understand not every school has a waitlist. Oxford, for instance, didn't offer a waitlist for fall 2009. Harvard had one, but may have only accepted up to an additional 100 students. Advisors are also adamant about meeting deadlines. If you fail to get everything together and postmarked by the appointed dates, you can forget about getting in -- at least initially.

In the next section, we'll point out a couple of things you can do to increase your chances of acceptance the first time around and what to do if you're forced to wait for a decision.

Improving Your Chances for College Admission

No formula exists for successful acceptance to a university other than what each explicitly states in its requirements for admission. Universities, for the most part, stay away from quotas and make decisions based solely on the application package. Here's an example of what the University of Georgia and Georgia Tech each found to be important of its applicants in 2009:

So what can you do to stand out in the crowd? A well-written essay is a good start. Personal interviews are also important. It's a common practice for schools like Harvard to meet with applicants and ask them several questions -- both personal and professional. When all else is equal, the candidate who sells himself or herself the best can sway the vote. It's almost like running for public office. After all, you're competing with thousands of others for a limited number of available spots. Anything you can do to gain the advantage will help you secure your future.

Most of the time, colleges won't ask anything else from you while you wait for admission on the waiting list. It's literally a waiting game. With any luck, you won't have to wait long. But don't feel the need to sit around hoping for a spot to open up. Universities encourage applicants on their waiting lists to apply to other institutions. After all, what's the sense in putting all your eggs in one basket?

If you're interested in learning more about college admissions and related topics, apply yourself to the links on the next page.