How to Save Money on Your Cable Bill

Browse the article How to Save Money on Your Cable Bill 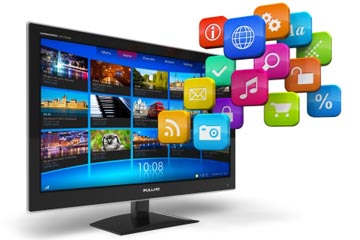 Do you really need all those channels?
iStockphoto/Thinkstock

The average cable bill in the U.S. is $86 a month. If you think about the time you actually spend watching cable, that's a pretty steep price. While opening a cable bill that approaches one hundred bucks might cause your stomach to turn, there's no relief in sight. In fact, by the year 2020, the average monthly cable bill is expected to reach a whopping $200, according to the NPD Group, a research firm.

On the average, cable bills go up 6 percent each year, reports the NPD Group. Cable fees are rising because it's becoming more and more expensive for cable companies to license programming. DVD sales are down, so content creators are charging more for their programming.

You might think that à la carte pricing would be the answer for viewers who are unhappy with paying for tons of channels that they don't watch frequently; however, cable providers are balking at this pricing option because it would undermine their business model. And even so, the jury is out on whether à la carte would actually save money.

Since cable providers aren't providing pricing options to cut down on your monthly bill, it's up to consumers to come up with ways to reduce the fees that they pay. While the thought of jumping through the hoops of calling your cable company's customer service line and sorting through all of the phone tree options might give you a headache, a simple phone call could save you hundreds of dollars on your annual cable service. But first you need to evaluate your bill.

How and When to Reevaluate Your Cable Bill

According to a study by the Convergence Consulting Group, an estimated 1 million people cut off their cable services in 2011. In 2012, a projected 930,000 are likely to walk away. And what's more, only 112,000 new subscribers signed on for cable services, a huge decline from the average of 2 million per year from 2000 to 2008. Clearly, a lot of people are evaluating seriously whether or not it's worth it to keep cable services.

But before you decide to cut the cord, evaluate your monthly cable bill. Any time it increases (which is about once a year) you should reevaluate it. Consider how much TV you actually watch per month, and decide if the fees are worth it. You might find that you're paying an exorbitant amount of money per hour for the TV that you watch. Especially if your main viewing is on broadcast channels you could pick up for free with an antenna.

If you subscribe to premium channels such as Showtime or HBO, determine whether or not this is really a good investment. Do you watch the programming enough to warrant the extra cost? For example, if you're only tuning into HBO to watch one show, can you justify the monthly expense? You might be better off just renting the DVDs. Check to see if your cable service provides a core package of programming that best suits your viewing interests. By cutting out some more expensive channels, you will be able to reduce your monthly bill.

As a way to entice cable purchasers to sign on to their services, some cable companies offer a variety of rebates as incentives. Although the idea of a pre-paid debit card might sound very appealing, make sure that the amount of the rebate actually will save you money. And make sure you understand the terms of the rebate, particularly fees for early cancellation and inactivity. You're only eligible to sign up for most rebate cards after your account is active and in good standing, typically after your first billing cycle, so you won't see your extra money for at least 90 days.

In 2012, Comcast offered $100, $200 and $250 rebate cards for signing on to various cable packages; however, the cards come with some restrictions and red tape such as monthly maintenance fees and even fees for using the card.

Time Warner Cable offered a rebate where subscribers who sign onto their Showtime plan are offered a $25 prepaid Visa debit card. But, if you signed up for Showtime and got a $25 rebate card, you're actually paying way more in the long run than the value of the rebate card.

Bottom line: these rebate cards come with lots of strings attached. Instead of sending you a good old fashioned rebate check, cable companies are partnering with credit card companies to minimize how much a rebate really ends up in your pocket. Even though it might seem like you're getting a kickback of $100, more than a month's worth of your cable bill, you're not getting much at all.

Other types of rebates that cable companies offer include free installation and free equipment with your installation. If you're promised free installation, watch your bill for several cycles to make sure that you aren't charged. And be aware that you're only paying for the equipment that you need. For instance, if a company is offering an HD converter box for free with installation, remember that this offer isn't a rebate at all if your TV is already HD ready.

Tips for Lowering Your Cable Bill

The good news is that you can reduce your cable bill without giving up cable completely; you just have to be a savvy consumer to maximize your savings. Some simple solutions include bundling your Internet, telephone and cable services and dropping expensive channels that you don't watch enough. After you've figured out the best package and channels for you, call your cable company about special rates they offer. Simply by inquiring, you'll often get something for free.

Most importantly, remember that the world of cable TV is a buyer's market. With the advent of online programming, cable companies desperately want to keep customers, so they likely will offer you free or discounted services if you call about your bill.

Contact the customer retention department if you don't have luck with a customer service representative. Tell them how long you have been a customer, and mention what other companies are offering. Inquire about promotional rates, and focus on price before discussing new free channels. This will help to minimize your bill; after you've negotiated a plan price, you then can discuss the possibility of getting additional channels.

Many of your favorite TV shows are available to watch online for free. Networks often post programming on their websites after the original air date. Websites such as Hulu also offer free online streaming videos. You can also access most TV shows and movies through Netflix or other paid streaming video services. Paying $8.99 a month for Netflix might be a better option than paying for cable.