How to Budget Your Home Phone Service 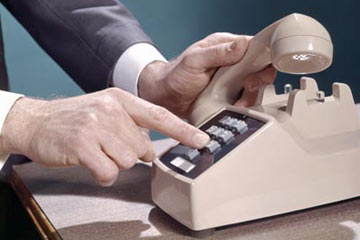 In 2010, more than 26 percent of U.S homes opted to do away with the landline altogether -- up from just 13.6 percent in 2007 -- relying entirely on cell service.
H. Armstrong Roberts/Retrofile/Getty Images

Does anyone even still have a landline anymore? If you've flipped through a tech magazine any time in the past five years, you've probably read at least a few obituaries for the humble home phone. With the advent of smartphones and the advancement of Internet telephony, traditional home phones may seem to be going the way of the telegram, but many people do still rely on plain old telephone service (POTS).

For every strike against the traditional landline, an equally convincing argument can be made in its defense. The move away from landlines presents a challenge to emergency services, which can't track 911 calls to cell phones as easily as home phones. When you dial 911 from a home phone, the 911 dispatch center tracks the call to a physical address, whereas calls from cell phones give them approximate latitude and longitude reading (which can be especially difficult if you live in a tall apartment building, for example). That alone is a good reason to hold onto the home phone, but it isn't the only one [source: Weisbaum].

Over the past decade, the number of households with home phone service has dropped dramatically in the U.S. In 2010, more than 26 percent of U.S. homes opted to do away with the landline altogether -- up from just 13.6 percent in 2007 -- relying entirely on cell service [source: Snider]. At the same time that more Americans have moved away from plain old local phone service, the price of keeping a dial tone has been steadily creeping upward in recent years. Standard local phone service typically costs between about $20 and $30 per month, and add-ons like long distance, call waiting and caller ID can bring the price much higher. However, the old fashioned home phone is still widely used, and it still holds some advantages over emerging technologies.

In this article, we'll explore the many ways you can keep a landline at home without breaking the bank. For tips on budgeting your home phone service, read on.

Bundle Your Home Phone with Other Services

One of the easiest ways to keep your home phone bill down is to bundle it with other services. In recent years, telephone companies have branched out from basic phone service, adding cell phone plans, high-speed Internet and cable television to their portfolios. For obvious reasons, those companies want you to subscribe to as many of their services as possible, and many of them offer incentives to customers that do so. Bundling two or more services is likely to save you money, especially if you already subscribe to those services separately, and it can also streamline your monthly accounting and bill payment.

Up until a few years ago, if you wanted to order DSL Internet service from AT&T, you had to get it bundled with home phone service. Then in 2007, the Federal Communications Commission ordered AT&T to start providing stand-alone DSL (also known as "naked DSL") [source: Soghoian]. Even though you no longer have to subscribe to AT&T's home phone service to get its DSL Internet service, AT&T is still one of the major players in the bundling business. The company has partnered with satellite TV provider DirecTV to offer bundles that include home phone, cell phone, TV and high-speed DSL Internet, at a slightly lower price than the sum of each of the components would cost if they were purchased separately.

Cable television companies have also branched out in recent years, providing high-speed Internet and digital voice service. Meanwhile, traditional phone companies have teamed up with satellite TV providers for bundles of their own. Bundle deals range from "triple play" deals, which include home phone service, cable or satellite TV, and high-speed Internet, to a variety of combinations of any two services. Beginning in the 2000s, cable giants like Comcast and Time Warner jumped into the home phone business, adding digital home phone service to their bundle options. For more on Internet telephony, keep reading.

So you'd like to keep a home phone, but you don't want to pay the fees, taxes and add-on charges associated with a plain old landline? You're in luck, because a new technology called Voice over Internet Protocol (VoIP) has emerged as a challenger to the traditional home phone. Instead of utilizing a network of copper wires, like traditional landline phones, VoIP services convert your voice into a digital signal that's delivered using the Internet. If you want to call a landline phone from a VoIP service, the signal is converted to analog. Some VoIP phones plug directly into the broadband connection, similar to a traditional phone jack, while others connect to your computer [source: FCC].

VoIP service is cheaper than the old-fashioned landline, and the voice quality is typically high, but there's a catch: You must already have broadband Internet service in order for it to work, which can be a deal-breaker for many. Some VoIP services require you to be at your computer whenever you make a call, while others enable you to connect with traditional phones using an adapter. One of the most popular VoIP services is MagicJack, which is a small adapter that enables you to plug a phone into the USB drive of a computer. For $20 per year, MagicJack offers unlimited nationwide calling [source: Rist].

There are several advantages and disadvantages to VoIP services. The technology Web site CNET recently ran a head-to-head comparison of existing VoIP services versus plain old telephone service, and the result was a draw because the two technologies have different strengths and weaknesses. VoIP still lags behind analog phones in a few critical areas, including reliability and emergency calls. During a power outage, landline phones often continue to work because they're powered using their own dedicated copper wires. However, VoIP service performs just as well as landline phones in voice quality, and it outperformed traditional phones in perhaps the most important category of all: price [source: Elliott].

Most basic VoIP plans include unlimited calls, and they're generally much cheaper than the standard fees for a home phone, but the area that they really surpass traditional phone companies is in long-distance and international calls. So if you're a big talker and have cross-country or overseas friends or family, VoIP might be the way to go.

Want to talk for free?

Pay plans for IP phones are generally much cheaper than analog phones, but if you want to talk for free, there are several options. Computer-to-computer calling with services like Google Talk is gratis, but there's a catch: You have to have a high-speed Internet connection to place a call.

The price of maintaining a home phone has been creeping up in recent years, and the people affected most are those who can least afford it. To make phones more accessible to all Americans, the FCC established the Universal Service Fund in 1997, with the goal of making telephone service available to everyone in America, regardless of social or economic status. The Universal Service Fund contains four programs that ensure that schools, rural health care, people in remote areas and low-income Americans all have access to affordable phone service.

For low-income Americans, the FCC established the Lifeline and Link Up programs to provide discounts on telephone installation, as well as reduced monthly rates for income-eligible customers [source: Lifeline Across America]. The Lifeline program provides qualifying customers with discounts of up to $10 per month on their monthly phone bill. The program also includes Toll Limitation, which is an optional service that enables customers to place a limit on long-distance calls in order to prevent them from racking up heavy fees.

Getting phone service is easier in some places than others. If you live in a home that recently had phone service and is already wired for it, setting up a phone line can be as simple as calling the local phone company and asking them to assign a number and turn it on (for a fee, of course). However, if you live in either a new home or a very old home that has never had phone service, the phone company will probably have to send out a technician to extend a new phone line and jack to your home. Installation of a new phone line typically costs about $50 to $75, but it can cost more if you need the technician to draw cords through the wall to a specific room [source: Truini].

To defray those costs, the Link Up program provides a discount of up to $30 on the initial installation fee for income-eligible Americans. The Link Up discount is a one-time deal, but qualifying applicants are eligible for a second discount if they move to a new home.

Who qualifies for Lifeline and Link Up?

In order to qualify for Lifeline and Link Up, your income must either be at or below 135 percent of the federal poverty guidelines, or you must participate in one of the following federal programs: Medicaid, Food Stamps, Supplemental Security Income, Section 8 housing, the Low-Income Home Energy Assistance Program, Temporary Assistance to Needy Families or the National School Lunch Program's Free Lunch Program. Additional benefits are also available for qualifying low-income residents Tribal lands [source: Lifeline Across America].

If, like many Americans, you would like to keep your plain old phone service, there are still ways to keep your monthly bill from escalating. The first and most obvious way to ensure that you aren't paying too much for your home phone service is to shop around and make sure that you get the best available deal. Long gone are the days when there was just one phone company. With the rise of competing technologies, new phone companies have entered the market in many places, and in many cases, they all offer something slightly different.

The next rule of thumb is to make sure to sign up for the plan that best suits your needs, because special features like long-distance calls, call-waiting and even caller ID account for much of the recent price increases for home phone service. If, for example, you only plan to keep the phone plugged in for emergency use, it makes sense to downgrade to the most basic phone service available, so that you can avoid all of those "hidden" fees. On the other hand, if you plan to spend late nights chatting with a friend or family member across the country, you'll be much better served with an unlimited long-distance plan.

Of course, cell phones and calling cards aren't the only tools you can use to supplement your home phone in order to keep the price down. With the proliferation of Internet telephony, many free options have emerged that enable you to make free long-distance and international calls (if you don't mind sitting at your computer as you chat).