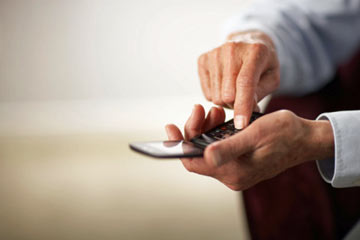 A federal program known as the Universal Service Fund (USF) makes cell phone service affordable for those with low incomes, or those living in areas where the cost of providing telephone service is high.
Photodisc/Thinkstock

Sharron Walters could care less about an iPhone or an Android. Smartphones might be brainy, but she doesn't need GPS, Bluetooth or a camera. What she does need is a way to call 911 in an emergency. For the 48-year-old Swissvale, Pa. resident, a cell phone is not a luxury, but a necessity, especially since she's confined to a wheelchair [source: Weaver].

Because she cannot afford another monthly bill, owning a cell phone seemed out of reach. But thanks to a government program that provides low-income Americans with access to free cell phone service, Walters can now find rides to the store or doctor, call 911 in an emergency or phone her son when the mood strikes. The cell phone brings peace of mind to a woman who often relies on others [source: Weaver].

Walters, like millions of Americans, takes advantage of a federal program known as the Universal Service Fund (USF). The USF makes phone service affordable for those with low incomes, or those living in areas where the cost of providing telephone service is high. Individuals who qualify receive discounted -- and often free -- monthly telephone service. Who foots the bill? Although the government receives its money for the subsidy from the phone companies, it's ultimately taxpayers who end up paying through a special fee on all home phone and cell phone bills, known as the Universal Service Charge [source: Federal Communications Commission]. You've probably seen it on your bill.

The idea of universal telephone coverage is nothing new. In the 1930s, the government started helping Americans, especially those in rural areas, connect to telephone. By 1984, the Feds were subsidizing landlines, and later, mobile phones [sources: Lajeunesse; Segan].

So how does the program work? Go to the next page to find out. 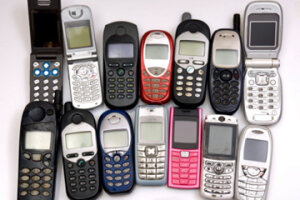 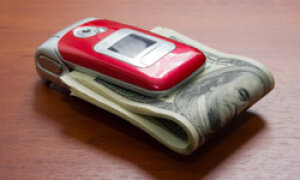 5 Ways to Save Money on Your Cell Phone Bill