5 Ways to Save Money on Flights

Browse the article 5 Ways to Save Money on Flights 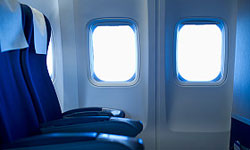 Nobody wants to spend a fortune to sit on an airplane for several hours.
Jacobs Stock Photography/Getty Images

Have you ever found a great deal on an airline ticket, walked away from your computer for a few minutes, and then returned only to find that the price had gone up? Such frustration is common these days, but airfares haven't always been so fickle. Before the airlines were deregulated in 1978, the government approved ticket prices, which remained so consistent that they were printed in timetables. Today, airfares can change several times a day as airlines attempt to set prices low enough to fill the seats on an aircraft but high enough to maximize profit.

Not only are airfares becoming more unpredictable, they are also becoming more expensive. According to a report by the Bureau of Transportation Statistics, the average domestic fare in the United States (excluding Alaska, Hawaii and Puerto Rico) increased 8.4 percent between 2010 and 2011.Ticket prices for flights originating in Madison, Wis., experienced the greatest increase of any city in the study: a wallet-choking 17.5 percent [source: BTS].

So, is there still any hope for finding cheap airfares? Yes, there is, with a little bit of luck and our five ways to save money on flights.

Fares for similar flights can vary dramatically from airline to airline. A quick search for a nonstop flight from Los Angeles to New York on the online travel site Orbitz revealed tickets ranging from $339 to $539. For this reason, it's crucial to research the prices on as many carriers as possible before making a purchase.

There are several places to search for airfares online. You could search each airline's Web site individually, but that could take some time. A more convenient way is to search a travel Web site like Orbitz.com, Travelocity.com, Kayak.com, Hipmunk.com or Dohop.com. These sites will search fares across a number of airlines and provide all results together in an easy-to-read table. However, these travel sites don't include results from all airlines, and the prices they display aren't always lower than those on the airline's Web site. For these reasons, a thorough search of each travel Web site and each carrier's Web site is always best.

You can also save money by shopping around at different airports. The closest airport to your home or destination may not always have the cheapest flights. For example, if you're flying to San Francisco, check the prices in San Jose. The difference in price may more than pay for any additional transportation you need once you get there. And consider booking one-way tickets. You could fly to your destination on one airline and return on another, and potentially save money.

This airfare search engine out of Iceland differs from other sites because it posts airfares even when it doesn't get a commission break from the airline [source: Frommer]. How's that for service?

Another great way to save money on air travel is by signing up for online alerts designed to inform you about great deals. These alerts often promote deeply discounted fares on a few seats in order to earn the airlines some goodwill and free word-of-mouth advertising. Most carriers allow you to sign up for these messages on their Web sites and customize them to your favored airport. Many alerts are delivered by e-mail, but airlines are now using social media outlets like Facebook and Twitter to distribute them as well. In fact, airlines have been known to give away last-minute deals on flights via Twitter and Facebook for as little as $30 [source: Frommer].

You can also receive alerts through a number of third-party Web sites, which will send you alerts about low prices on a variety of airlines. These sites, like Farecompare.com and Airfarewatchdog.com, search airline data and let you know when a great fare becomes available for your area. Whichever method you choose to receive alerts, remember that cheap tickets typically go very quickly, so it's important to act fast.

Some airlines now offer "premium" seats, which are a step above coach and several steps below first class. But before you fork over the extra money for these seats, be sure you understand what you're getting. Is a touch more leg room and a seat in the front of the plane worth the extra $35 or so? You decide [source: Frommer].

When you're searching online for airline tickets, the first price you see may not always be the price you ultimately pay. Often there are numerous taxes and fees that are not reflected in the initial cost of a ticket, so it's important that you be aware of any additional charges when you're researching airfare.

Some taxes and fees are mandatory and are tacked on to the price of every ticket. However, airlines are not always upfront about these additional costs. Prices quoted in advertisements or in the initial stages of a fare search are often base rates that don't reflect taxes and fees. When comparing airfare prices, ensure that the amount you're quoted is the final price; taxes and fees can add 30 percent or more to the base price of an airline ticket.

Perhaps the most reviled airline charge is the baggage fee. First instituted on the first checked bag by American Airlines in June 2008, the fee was intended to offset the cost of rising fuel prices. All American carriers charge between $15 and $33 for the first checked bag with the exception of Southwest and JetBlue, which charge nothing. All except Southwest charge $15 to $40 for the second checked bag [source: FareCompare]. Since checking just one bag can cost you an extra $50 on a round-trip flight, consider traveling with only a carry-on. Otherwise, factor the baggage fees into the price of the ticket when shopping for the best deal.

There are four main taxes and fees that are added to the base price of an airline ticket [source: Seaney]:

Know When to Buy

With rates changing daily -- or hourly in some cases -- buying an airplane ticket can seem like a crapshoot. Luckily, there are some trends, as well as some helpful Web sites, that increase your chances of getting the cheapest airfare possible.

Timing is everything when it comes to buying airline tickets. Fares are typically highest from eight to 10 weeks and two to three weeks in advance. The "sweet spot," so to speak, is four to six weeks before you travel, so try to purchase your tickets then. It's also a good idea to avoid shopping for airfare on the weekends. Airlines often announce sales in the middle of the week, so look for good deals on Tuesday, Wednesday and Thursday.

Still nervous about your airfare purchase? Experiment with Bing.com's flight search. Enter your departure and arrival city, as well as the dates on which you want to fly, and the Web site's price prediction tool will tell you whether prices are rising, falling, or remaining steady, and with what certainty those trends will hold true. Already bought a ticket? If you find the same flight for cheaper, many airlines will refund you the difference in the form of a travel voucher. Enter your flight information into a Web site like Yapta.com, and it will track ticket prices on your flight and inform you if you're eligible for a refund.

If you're traveling to another country, you may want to contact a travel agent in that country to get the inside scoop on how to find cheap flights out of that country [source: Frommer].

Know When to Fly

Flexibility is the key to finding cheap airfare. The time of year, the day of the week, and the time of day all affect the cost of your airplane ticket. Flying at the right time can literally save you hundreds of dollars.

Many destinations have a high season, with elevated visitation and expensive airfare, and a low season, with more moderate visitation and cheaper airfare. When planning your trip, shoot for the shoulder season, or the time period between the two seasons. During the shoulder season, the weather is still typically quite nice and the airline tickets have begun to come down in price. Once you choose the time of year, you can focus on the day of the week. Tuesdays, Wednesdays and Saturdays are generally the cheapest days of the week to fly, and trips without a Saturday night at the destination can sometimes be more expensive. If you really want to cut costs, schedule a red-eye flight. These flights usually take off and land in the wee hours of the morning, but they're typically deeply discounted due to the inconvenient time.

There are some great Web sites to help you find these deals. Sites like Orbitz.com or Travelocity.com allow a customer to enter a departure and return date, then search for fares up to three days before and after each of these dates. Other sites, like Itasoftware.com, allow users to search rates for the entire month.