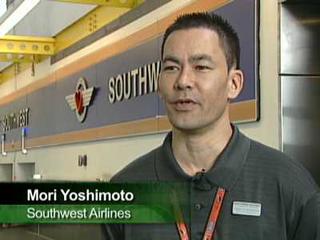 Watch this Money Talks News video to learn how frugality has helped to keep Southwest Airlines flying high, and take away a few tips that you can use at home, too.
Money Talks News

For one reason or another -- the price of gas, unemployment, student loans or unexpected expenses -- most of us have to budget our spending at some point in our lives. It's not fun, but budgeting doesn't necessarily entail giving up on fun. With a little careful planning, you can go on all the adventures you assumed were too expensive, and still save money.

Living on a budget requires patience, attention to deals and a little creativity. Grow your own veggies. Find deals that cut the cost of dinner and a movie in half. Research offers for vacations that won't break the bank. Read on for five frugal living tips, including the best places to look for deals on the Web and lifestyle choices for adopting a do-it-yourself frame of mind.

Two big names dominated in the Internet deals world in 2011: Groupon and LivingSocial. The two sites function very similarly: Both offer new deals every day on food, travel, tickets or something else from a local business. If you live near a big (or perhaps even small) city in the United States or Canada, Groupon and LivingSocial will have something that interests you.

New deals appear every day, and the deals themselves may differ a great deal. Some deals are only good for the day they're available, while others can be used months after purchase. When planning dining and entertainment schedules on a budget, the latter are the best to watch for. Remember: Because you buy the deal in advance, it's important to follow through and not let that money go to waste.

Movie tickets via Fandango, vacation packages through Expedia, cheap food at local restaurants -- they're all available on Groupon or LivingSocial. You can sign up at either site (or both) with an e-mail address to have featured deals show up in your inbox, and you can always browse the deals by category on Groupon.com and LivingSocial.com. Both services also offer mobile apps for smartphone users.

Taking Couponing to the Extreme 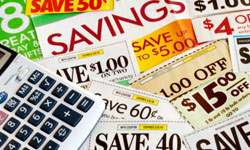 If you're diligent and organized with your coupon usage, it's possible to save a chunk of money on your regular grocery budget.
Hemera/Thinkstock

While Groupon and LivingSocial are great for shopping for special deals, good old fashioned coupons and sales can still save you big money if you pay attention. The Web site Slickdeals catalogs sales on everything from TVs to travel packages, and there's even more to be found on the site's forums. That's where deal-hounds go to discuss and post hot deals, both for online retailers and brick-and-mortar stores.

Ferreting out deals online is just the first step, though. To really save money, look into extreme couponing. The TV show dedicated to this practice follows people who use loads of coupons to get products for free or even make money with their purchases. The trick is stacking or "layering" coupons to combine multiple deals into mega savings. Extreme couponing takes work, but mastering the basic skills will help you save loads of money on basics like groceries and household products.

A big part of couponing comes down to buying in bulk, which is a handy tip on its own. Don't want to deal with the effort of hunting down coupons? Buy in bulk at stores like Costco, or shop online for your basic needs at retailers like Amazon, who regularly sell at a discount or offer killer sales.

Pare Down to the Necessities

This advice may seem to run counter to the idea of extreme couponing, which often requires buying in bulk, but it concerns a different class of spending: bills. Look at what you pay money for every month -- rent or a mortgage, electricity, water, gas, telephone, cable and insurance. Do you need all of those things? Sure, most of them are important. We'd never suggest cutting out insurance or mortgage payments! But services that everyone once paid for, like cable TV and a landline telephone, can be replaced by cheaper solutions via the Internet.

Netflix, Hulu and Amazon Instant Video all offer streaming video content over the Internet for less than $10 per month. Skype offers cheap VoIP calling to phones and free calls to other computers. What do you pay for cable TV? $40, $50, $100 per month? Are you paying for a bundle that includes phone service as well? Could you make do with just a cell phone? And could you pay less for a limited text and data plan instead of an unlimited one?

We dump hundreds of dollars into our bills every month, and more often than not that's excessive. Look around for free or cheap alternatives to those services you pay for every month. That will leave you more money to spend on fun purchases -- which you should budget, too, of course! Next up: a surefire way to make sure that kind of spending doesn't get out of hand.

Wait a Month Before Making a Big Purchase 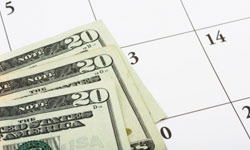 Salivating over a big purchase? Put it off for a few weeks. You might find that your fervor dies down with the passage of time.
Hemera/Thinkstock

Sometimes we buy things because we need them, but just as often, we get excited about spending money because purchasing something new and exciting is fun in and of itself. That's the danger of the impulse purchase: Once the excitement wears off, there might not be a substantial need or lasting want behind it. And that's a surefire way to waste money. To prevent that kind of waste, set up guidelines to restrain yourself before making new purchases. The more expensive and frivolous, the more important it is to make rules to keep yourself from impulse spending.

Try this: Live with a one-month waiting period for any purchases that deal with entertainment or fun. If you don't need it, hold off for at least four weeks before buying. This is the testing period to see if you really want the object of your affection. After that month is up, you may find the allure has vanished. You don't really want it anymore. Money saved!

Simply budgeting in those purchases helps, too. If you set aside $50 per month to spend on movies or video games or books, you'll think harder about where you choose to spend that money. Sometimes you may decide you don't need to buy things at all: You can make them yourself instead!

Make It, Do It or Grow It Yourself

The Internet has fostered countless communities that promote a do-it-yourself lifestyle. IkeaHacks, for example, publishes creative ways to use cheap Ikea products as gifts, home decor, decorations, and more. HackaDay provides a more general look at Internet hacking and do-it-yourself culture, highlighting a different project daily. If you're thinking about buying something for your home, chances are a little Googling can help you find a homemade alternative that saves money.

Growing food at home has been common practice since long before the Internet came into being, and it's still a smart way to save money today. Seeds are dirt cheap, and home grown vegetables are fresher than what you get from the local supermarket. The downside to these practices is, of course, that they take time. It takes hard work and hours to cultivate a garden. DIY projects are exactly that -- projects. They require time commitments and personal labor.

If you work a full-time job or have a family to take care of, sometimes time is more valuable than money. So plan carefully! Buy things that would take too long to make yourself, and consider gardening or DIY home decor projects worthwhile hobbies. If you enjoy either one, you'll end up having fun while saving money in the process.

Give Yourself the Gift of Volunteering

Volunteering can be personally fulfilling and even save you money. If you devote time to volunteering as a hobby, it can take the place of something you might do that involves spending money -- and you can help people in need. That might just put your next frivolous purchase in perspective. Plus, volunteering gives you a way to connect to the community and build relationships.