10 Money-saving Tips for the Coupon-averse

Browse the article 10 Money-saving Tips for the Coupon-averse 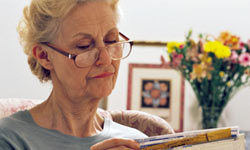 Not everyone is up for clipping, saving and sorting coupons. But that doesn't mean you can't save a bundle on your groceries.
Comstock/Thinkstock

It's a pretty well-known fact that if you really want to save money at the grocery store, you need to use coupons. The most serious couponers can save an unbelievable 90 percent on their grocery bills. But extreme couponing can almost become a full-time job. You have to be dedicated, organized and single-minded if you really want to get the most out of couponing.

But not all of us have the stamina for that. We might clip a coupon here and there, but we're not buying extra Sunday papers, stacking coupons, hanging out on couponing Web sites and spending our weekends with scissors in hand. But we still want to save money -- who doesn't? Fear not.

If you're really serious about saving money, you need to take advantage of coupons. But there are plenty of common-sense ways to be frugal that don't involve the time and effort of coupons. For starters, it's always a good idea to avoid prepackaged products and buy as many whole, unprocessed foods as possible. If you educate yourself just a little bit about sale cycles, product placement, store layouts and unit prices, you're guaranteed to see a difference in your grocery bills. It might not be 90 percent, but it's a start. Here are 10 ways that coupon-shunners can save big at the grocery store.

Stock up on Sale Items

If you're looking to save money without coupons, the obvious first step is to stalk the sales. Most grocery stores operate on a sale cycle that repeats about every 12 weeks, so make it your job to learn the patterns. Write a list of your most frequently used items and make sure you know when sale season is. Watch the flyers and circulars, and when it's time to buy, get enough to last you three months or so.

Just because something's on sale doesn't mean it's a great deal. When you start paying close attention to prices, you'll know which sales are actually good bargains and which ones you can pass up.

The next good habit of any conscientious shopper is bulk-buying. But take heed: Don't run around purchasing massive packs of toilet paper and 10-pound bags of bagels. You have to be strategic about it. Buy only what you know you'll use and what you have room to store. And you also need to realize that bulk is not automatically a good deal -- always check unit prices before you make a decision.

If you commit to buying in bulk, it'll probably be worth your while to pay an annual fee for a warehouse club. They charge the fee so they can sell goods at a smaller markup than supermarkets do -- dairy, meat, alcohol, prescription medications and electronics are where you'll get the most bang for your buck.

But just because it's on the shelves at Sam's or Costco does not necessarily mean it's the best deal possible.You can also buy in bulk at the supermarket, and sale prices there -- particularly on soda and household paper products -- can beat warehouse-club prices.

One sure way to blow your grocery budget is to shop without a list -- or to bring one and then not follow it to the letter. Plan ahead and then stick to it!

Why not take the bulk concept one step further and apply it to cooking? It takes a little extra planning, but it's totally worth it. In the best-case scenario, you'd plan a menu for the week, go shopping for the best deals and then take a weekend afternoon to cook and freeze all of your meals. But you'll still come out ahead if you just double the recipe every time you cook a meal and freeze what you don't need. It's a pretty simple way to save time and money.

If you're about to head out on a grocery-store run, ask yourself first: Am I hungry? If the answer is yes, grab a snack before you get in the car. Hungry shoppers tend to stray from their lists, impulse-buy and spend a lot more than they plan to. The same goes for shopping when you're tired or in a hurry. If you hit the store on the way home from work and dinner needs to be ready in a half-hour, you'll definitely be more likely to buy frozen or prepared foods. Dinner will be on the table faster, sure, but you'll probably also overspend.

If you do your shopping on the same day every week, you'll be more organized about it and less likely to overspend.

If you've been avoiding tap water in favor of bottled water, it's time to rethink that policy. For starters, you'll save a lot of money. Tap water costs about one cent a gallon -- and if you pay a dollar for a 16-ounce bottle of water, that comes out to $8 a gallon. That's an 800 percent markup.

And there's really no truth to the commonly held notion that tap water is unsafe: It's regulated by the Environmental Protection Agency -- unlike bottled water, which is actually more likely to come from a municipal source than a sparkling mountain spring. Plus, you'll be keeping all of those bottles out of the landfill!

Supermarkets can be pretty sneaky in their methods to get you to spend more. So become a defensive shopper: Learn about store layout strategies and avoid grabbing products at chest-level -- that's where stores put the big markup items.

Another commonly held notion is that store-brand goods are somehow inferior to name-brand items. The truth of the matter is that most generic products have the same (or very similar) ingredient lists as their more expensive counterparts. In fact, sometimes it's the same exact product with a different label -- the higher price you pay for name-brand is basically to cover the manufacturer's marketing costs.

The Exception to the Rule

If you pay attention to sales, brand-name items can sometimes cost you less than generic ones.

BOGO is Your Best Friend

If you have room in your pantry, refrigerator or freezer, you should never pass up the chance to score on a BOGO (buy one, get one) deal. You'll need to remember to use any perishable items before they go bad, but that's a small price to pay for big savings.

Stick to the Basics

Some supermarket products never go on sale -- but that's just because they're always amazingly cheap. Whole, unprocessed foods like bananas, potatoes, rice, beans and eggs are always a bargain, so you don't need to go out of your way to seek out low prices on them. In general, if you can find meat for $3 a pound and produce for $2 a pound, you know you're getting a good deal.

We're not saying you have to go totally vegetarian on us, but cutting meat out of your diet just one day a week can put a nice dent in your grocery bills. It can have a significant environmental impact, too.

Here's one money-saving tip that even the most extreme couponers can't beat: Grow your own produce. For the price of a pack of seeds, you can have tomatoes all summer or root vegetables in winter. Even when you figure in labor, you'll still come out way ahead -- and it's a labor of love, anyway. Plus, you'll have the satisfaction of knowing exactly where your food came from.

If planting a garden isn't in the cards, you can save by buying seasonal and local produce.