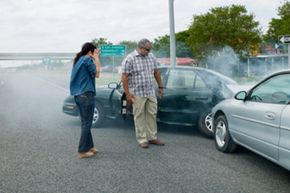 No-fault auto insurance sounds great, but there are some things you should know before you run out to get some. See more car safety pictures.
Yellow Dog Productions/Getty Images

Does this sound like a dream come true or what? You're in an auto accident, but you don't have to worry about whether you caused the fender-bender (unless you get a ticket, but that's a different story) because you have no-fault insurance. Sounds perfect ... but what is it?

Under no-fault laws, each driver or his insurance pays for his own injuries or damages, without regard as to who was at fault. You lose some ability to sue, but you generally walk away without any financial burden.

However, it's not as simple as it sounds. The type of auto insurance you can get depends upon which state you live in. And there are differences of opinion as to whether no-fault insurance is a good deal. It may be good for some drivers, but not for others.

The traditional kind of auto insurance is based on the tort system. A tort is a civil wrong that doesn't involve a breach of contract. In states using the tort system, the amount auto insurance companies pay for an accident is determined by who is at fault, or who is more at fault. If there is disagreement about fault, people involved (or their insurers) can sue to try to get money for their injuries and/or their property's damage.

Suing can be expensive and take a long time. In the 1970s, two dozen states switched to no-fault systems. The idea was that drivers could get money for their injuries or damages right away without having to prove someone else was at fault. The thinking also was that avoiding costly lawsuits would help bring down the cost of insurance premiums.

But after several years, insurance rates started going back up, and often were higher in no-fault states. A number of states repealed no-fault laws. By early 2012, only 12 states and the District of Columbia had some version of no-fault laws.

No-fault insurance sounds great, but you don't just get to walk away from an accident scot-free if you carry it. Here's how it works:

If you're in an accident, you make a claim to your own insurance company for your damages or injuries. It doesn't matter who caused the accident. However, there's a catch: You can't sue to get the other driver or his insurance company to pay. This may explain another name for no-fault insurance: personal injury protection (PIP).

Here's where it gets complicated: In some states, drivers must buy no-fault insurance and can't in others. . Drivers in New Jersey, Kentucky and Pennsylvania are special; they can choose one or the other. In some states, the driver's insurance would cover any passengers in the car at the time of the accident -- otherwise, your passengers would be on their own.

What happens if you're in an accident in a state requiring no-fault insurance? A "true" no-fault state wouldn't allow lawsuits no matter what. There are no states with such an extreme law, but the term "true no-fault" is used to describe states where PIP insurance is mandatory and it's difficult to sue. In all states that require no-fault insurance, drivers still can sue if the damages involved are over a certain threshold. Usually, they can sue for actual damages but not for "pain and suffering." The threshold varies by state. There are two main kinds:

Some states allow "add-on" no-fault insurance. In those states, a driver can pay extra to add PIP protection to a policy. In case of injury, that driver will get paid no matter who was at fault for the accident. But the driver still can sue to get money for injuries as well as "pain and suffering." The driver also can be sued.

And then there are states whose laws allow "choice no-fault insurance." These systems vary by state but basically allow drivers to choose whether they want to be insured under a no-fault plan or keep more rights under the old-fashioned tort system. If you choose no-fault, your rights to sue are restricted, as are the rights of others to sue you. If you don't choose no-fault, you can sue – unless the other driver chose no-fault. The traditional tort option usually costs more but has the potential of bigger payouts in case of an accident. 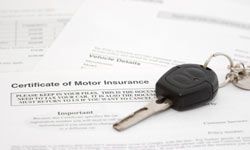 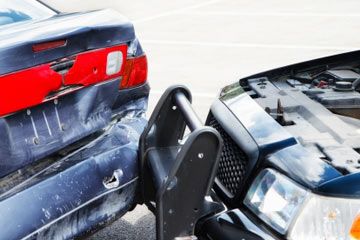 You May Like
How Liability Insurance Works
Explore More 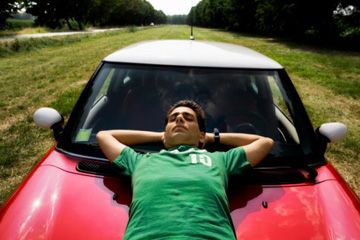 Keep Reading
How does the car you buy impact your insurance rate?
Explore More