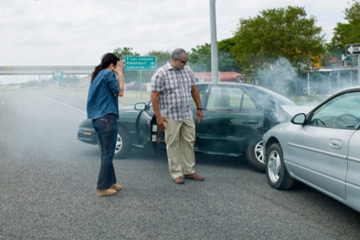 No-fault auto insurance sounds great, but there are some things you should know before you run out to get some. See more car safety pictures.
Yellow Dog Productions/Getty Images

Does this sound like a dream come true or what? You're in an auto accident, but you don't have to worry about whether you caused the fender-bender (unless you get a ticket, but that's a different story) because you have no-fault insurance. Sounds perfect ... but what is it?

Under no-fault laws, each driver or his insurance pays for his own injuries or damages, without regard as to who was at fault. You lose some ability to sue, but you generally walk away without any financial burden.

However, it's not as simple as it sounds. The type of auto insurance you can get depends upon which state you live in. And there are differences of opinion as to whether no-fault insurance is a good deal. It may be good for some drivers, but not for others.

The traditional kind of auto insurance is based on the tort system. A tort is a civil wrong that doesn't involve a breach of contract. In states using the tort system, the amount auto insurance companies pay for an accident is determined by who is at fault, or who is more at fault. If there is disagreement about fault, people involved (or their insurers) can sue to try to get money for their injuries and/or their property's damage.

Suing can be expensive and take a long time. In the 1970s, two dozen states switched to no-fault systems. The idea was that drivers could get money for their injuries or damages right away without having to prove someone else was at fault. The thinking also was that avoiding costly lawsuits would help bring down the cost of insurance premiums.

But after several years, insurance rates started going back up, and often were higher in no-fault states. A number of states repealed no-fault laws. By early 2012, only 12 states and the District of Columbia had some version of no-fault laws.