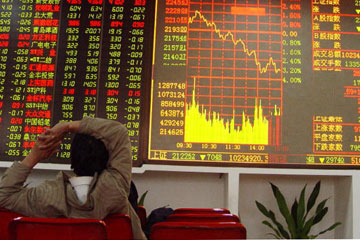 Financial analysts use inside trade data as one tool to predict the health of a company's stock.
ChinaFotoPress/Getty Images

Government regulatory bodies pay a great deal of attention to illegal insider trading, but securities analysts watch it even more. Remember that American company officers must file a report with the SEC every time they buy or sell shares in his or her employer. Those reports are a matter of public record, and financial analysts pore over them with near-religious fervor.

Analysts make their money digesting financial data and issuing projections that amounts to the sum of this data, held together by educated guesses. An analyst with a history of being more right than wrong commands a higher salary; any analyst worth his or her salt will look for as much information as possible to lead to the best guess. This includes legal insider trading activity by a company's officers.

Major purchases of company stock by a company's officers can indicate vitality in a corporation. Large sell-offs can mean the opposite. An analyst (or a dedicated individual investor) with an eye on corporate officers' individual SEC filings can find a treasure trove of inside information about a corporation and its executives. Their inside trades don't necessarily come from having illegal access to unreleased earnings information. An executive with a loss of faith in the company's direction or a new product launch can give outsiders legal, between-the-lines information about a company's outlook.

Analysts who watch for inside trades warn that investors trolling for information need more than just SEC filings before acting on data. Executives can always simply need to pay a few bills and may have surplus stock in their companies [source: Curtis]. Like the complex event processing software the SEC uses, analysts suggest gathering supporting data before making a purchase or sale. Are the purchases or sales substantial relative to the executive's salary or holdings? Are several officers in the corporation making similar sales or purchases of company stock at the same time? When data points like these converge, you have reason to act -- whether you're an individual investor or an SEC investigator.