Impact of Insider Trading on Markets 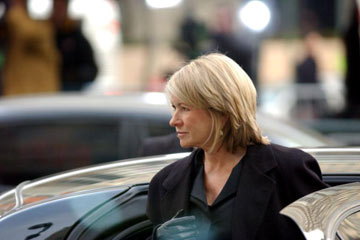 Martha Stewart was sentenced to five months in prison for obstruction of justice and making false statements, stemming from a questionable inside trade of 4,000 shares of stock in 2001
Stephen Chernin/Getty Images

It can seem like an exercise in futility for the SEC to use complex event processing and countless hours of investigation to yield just a dozen cases each year. What's more, a free market system that promotes fierce competition can make the idea of prosecuting inside traders a bit counterintuitive. Proponents of market regulation point out problems can arise when insiders are left to their own devices. One can also say that the biggest difficulty created by insider trading is a lack of faith in the exchange markets where these illegal trades take place.

Publicly-traded companies rely on large numbers of people to purchase shares of their stock. The money invested by shareholders is used for product research and development, capital improvements and overseas expansion. In lean times, investor funds are used to keep a company afloat. These investors are ostensibly rewarded with increased values of their shares and dividends if the company succeeds.

Trust is implicit in this arrangement between a company and its investors. The corporation's officers are supposed to act in the best interest of the company's shareholders. Insider trading is a betrayal of that trust; by acting on information that shareholders aren't privy to for financial gain, officers of a corporation are acting purely in their own best interests.

It's hard enough to regain trust when officers of a single company trade illegally. When illegal insider trading encompasses several companies, as the scandal surrounding Enron, its auditors and the entire system of accounting checks and balances did, the broken trust can be far-reaching. It took direct Congressional involvement, in the form of the Sarbanes-Oxley Act of 2002, to restore public confidence. The act, which holds officers directly accountable for any errors, omissions or dishonesty in corporate reporting, is widely believed to have helped public confidence in the markets following the Enron scandal. Between July 31, 2002 and July 31, 2007, the New York Stock Exchange grew 67 percent, about $4.2 trillion [source: Healey].

When entire markets are widely perceived to be tainted by insider trading, average people who are also potential investors will avoid markets altogether. Prior to the 1990s, when the European Economic Community made its member states adopt measures to combat illegal insider trading, the common perception among Europeans was that their markets were rife with insider trading. As a result, Europe saw its markets increase in value and trading activity after anti-insider trading policies spread [source: SEC].