What is Insider Trading? 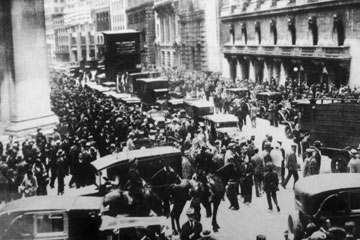 Following the crash of 1929, the federal government formed the SEC as part of finance reform.
Hulton Archive/Getty Images

People aware of scandals like Enron's and the one that landed Martha Stewart in federal prison may be surprised that there are actually two types of insider trading: legal and illegal.

Any time a company executive or employee buys or sells stock in the company that person works for, an inside trade has occurred. It's a common occurrence that happens every day, according to the Securities and Exchange Commission (SEC) -- the federal agency charged with regulating stock trading in the United States.

The SEC enforces some strict guidelines that create the line between legal and illegal insider trading. The premise is simple: When a person with knowledge that can impact a company's stock price -- be it positive or negative -- makes a trade based on that knowledge, he or she has engaged in illegal insider trading. The concept is based on fairness; having information that isn't available to everyone else trading on the market gives the insider, well, an inside advantage.

Prior to the SEC's creation in 1934, insider trading was still considered nefarious. It was up to state prosecutors in the superior courts to try insiders accused of unfair trading. Once Congress passed the Securities Exchange Act of 1934, both federal and state prosecutors had a lot more ammunition to convict inside traders. Section 10b5 of this act defines exactly what constitutes illegal insider trading.

Sections 10b5-1 and 10b5-2 were expanded in October 2000. They now lay out who can be an insider and under what circumstances illegal trading takes place. Certainly, officers of a corporation are insiders. These high-level employees must fill out a form detailing any trading of their company's stock every time they buy or sell it. Insider status also extends to employees of a company: An employee who learns that their company will announce higher than expected quarterly revenue and purchases shares in their company has just engaged in illegal insider trading.

But what if an employee tells his or her spouse about the impending news, and the spouse buys some shares? According to the SEC, the spouse is a crook as well. The same goes for friends, bankers or lawyers contracted by the company in question -- even employees of the SEC. Anyone with awareness of material information that's not publicly available can be found guilty of illegal insider trading if that person acts on that information and either dumps or purchases securities.