Corporation or Sole Proprietorship? You Decide 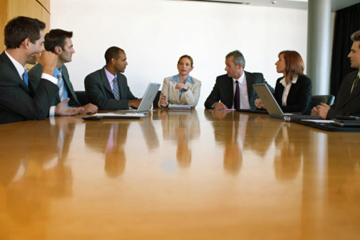 Corporations can take longer to set up than sole proprietorships, but offer more protections for the business owners.
Nick White/Photodisc/Thinkstock

Like everything in life, each business structure has its own distinct set of perks and drawbacks. A sole proprietorship, for example, can be fast and easy to set up and operate. On the flip side, it offers fewer protections than other business structures. In a sole proprietorship, the owner assumes all liability for the business. If it loses money and goes into debt, the owner runs the risk of losing their personal property as a result.

Aside from the same liability issues that are inherent in a sole proprietorship, a partnership comes with some extra considerations. In its most basic form, everything is shared equally among the partners. Dividing the risks and obligations can provide a level of security for the partners, something that's absent in a sole proprietorship. All that division also applies to the profits and other resources, which can cause conflict in some instances. Disagreements of all types have the potential to arise among partners, which can cause the business to suffer as a result.

With an LLC, the advantages and disadvantages take on a different form. One of the major advantages of an LLC is the limited liability that members experience. The fact that an LLC offers these protections while lacking the stricter requirements of a corporation can be attractive. The downside? The rules for operating an LLC vary from state to state. This can pose problems for members interested in expanding their business to other states.

Aside from the protections offered by a corporation, there are many other advantages provided by a corporation. It can sell shares of its company in order to raise capital, something than other business structures can't do. Corporations are also taxed at a rate that's generally lower than the individual tax rate. One of the major disadvantages of a corporation is the cost involved in starting it, the requirements that a corporation must meet, such as annual meetings and other formalities. Because of this, there are also greater administrative obligations related to maintaining a corporation.

Now that we've run through the different business structures, we'll cover some other considerations for you to think about. After all, this is a big decision.