In the Future, Money May Be Redundant (and You May Be, Too)

Money is weird stuff. It has a value only because we all agree that it does. If everyone lost confidence in money, no one would accept it as payment, and it would be worthless. There's nothing intrinsically valuable about money by itself.

That's true whether the money is backed by a state, such as the U.S. dollar, or whether it is an example of cryptocurrency, like Bitcoin. In either case, the value of money depends upon our collective opinion of that money. If enough people want it, it's valuable.

But will money always be around? Is it possible that the future will be money-free? Science fiction stories have envisioned a future without money. There are numerous references in "Star Trek" that declare money is an outdated concept, although there are also contradictory references that make it seem as though money is still important in the 23rd century ("Star Trek" isn't always consistent).

In "Star Trek," the average person doesn't need money because an abundance of energy and the invention of replicators provide for every need. There's no scarcity in this world, so things we once would place value upon are now free to everyone. We can assume that in this future world robots perform a great deal of the work once handled by humans. There's no need to have a reward system in place to pay people for their efforts.

Some of these concepts aren't that far-fetched. Robots are definitely taking over more jobs — though they often create new jobs that only humans can perform. And there are those who argue that, at least for certain commodities, we're already in a post-scarcity era. Perhaps we're on a path that will lead to the elimination of money.

If so, it probably won't get here soon. We don't have the luxury of boundless energy supplies like in "Star Trek." But if fusion nuclear reactors pan out, that could change. We also don't have replicators, but if we have more than enough energy to move stuff around that could help lower the cost of supplying goods to people who need them.

It might take many decades before we can say goodbye to money for good. But in the meantime, we're already seeing countries toy with the idea of doing away with cash. That's not the same as getting rid of money — cash is just one manifestation of money — but it's a start!

The Possibilities and Pitfalls of Uterine Transplants 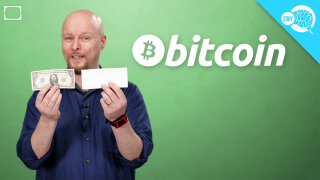 BrainStuff Video: How Does Bitcoin Work? 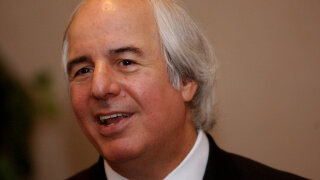 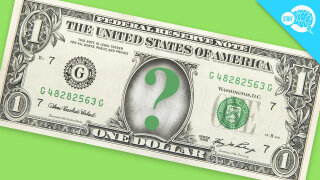 BrainStuff Video: Can I Get My Face on Currency?