by Robert Lamb May 26, 2016
OK, technically that trio of futuristic looking buildings, Wangjing SOHO, already exist just outside of Beijing, but you get the idea. Linghe Zhao/Getty Images

If you're reading this article at work in the year 2030, then you're probably sitting in the office's well-being room. You've thrown down an auto-inflate beanbag chair, whipped out a foldable graphene computer and now you're checking to see how well 14-year-old futurist predictions held up. Looks like this one nailed it!

Specifically, we're talking about a 2016 speculative analysis sponsored by British Internet service provider Plusnet PLC. They interviewed 15 different futurists and technology experts in order to envision the workplace of the future. It's the sort of thing massive companies undertake from time to time. Back in 2011, Travelodge commissioned futurologist Ian Pearson to predict what hotels and sleep would look like in 2035 (think augmented reality, shared dreams and virtual sex). Plusnet's "Office of the Future" paper simply looks to the cloud-based, drone-catered workplace instead. (It also has fun images that you might want to check out.)

As you might expect, the results are a mix of realistic expectations, Silicon Valley tomfoolery, "Black Mirror" weirdness and outright Star Trekery. Let's start with the predictable stuff. Futurist Jacob Morgan points to the inevitability of driverless cars and the stackable garage environments we're likely to store them in after the morning commute. After arriving, perhaps you'll scan yourself into the office with your own biometric data before passing through the open office space and heading straight to a meditation session in the well-being room.

One take on the 2030 workplace.
Plusnet PLC

That all seems perfectly reasonable, but will your biometric data also activate the break-room refrigerator to serve up your custom items? And will that same smart-fridge recognize that your yogurt expired three days ago and order you a replacement? Here in the past, that seems very possible, but also a bit fancy, much like those fun workplace slides and the wall surfaces that, according to Nottingham University's Christopher Barnatt, instantly become display screens thanks to high-tech nanopaints.

Lunch with co-workers gets a little more like "Black Mirror" though: Your lunch tray might be spying on you, tracking your healthy-eating choices and conspiring with the office's diagnostic toilet, according to futurist David Zach. Though, really, if work didn't want you to eat cupcakes, they shouldn't have programmed them into the 3-D food printer — and hopefully it's not the same printer they use to make all the office supplies. Also, let's hope your boss's telepresent hologram didn't see you eat one.

Finally, there are the really crazy predictions. Futurist.com founder Glen Hiemstra foretells AI-assisted business decisions and Unwork consultant Owen King foresees an age of virtual personal assistants. Mona Kovacheva of eOffice even brings up the possibility of a "peopleless" office in which AI has steadily eliminated everyone — a prospect that raises serious concerns about the company's budget for 3-D-printed pizza and virtual reality headsets.

As with most predictions, the overall Plusnet report functions like a buckshot-scattering shotgun rather than a precision rifle. In the attempt to forecast future trends and technologies, we inevitably overestimate our progress in one area while underselling it in another, all while missing some possibilities entirely.

You can explore the full paper over at community.plus.net, but I'll let you 2030 readers get back to work before the office's hypoallergenic cyberpets alert HR to your time theft.

And Now Some Sobering Thoughts About Fish Sticks

How Long Should You Really Go Without Washing Your Jeans?

Is the Smart Kitchen Finally Smart? 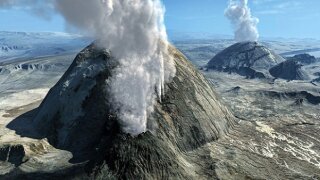