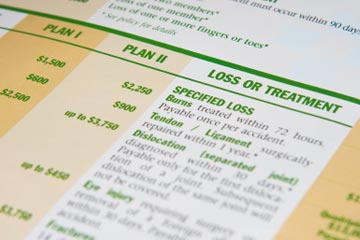 There are more than 45 million people in America without any health coverage [source: U.S. Census Bureau]. Nearly 7 million of those people are children [source: CDC]. In Walton County, Fla., there are around 54,000 total residents. Of the 11,000 children who live in Walton County, 2,500 of them don't have health insurance [source: U.S. Census Bureau, CVHN]. In the entire state of Florida, there are more than 840,000 kids without health insurance, and 340,000 of those uninsured kids live in poverty [source: statehealthfacts].

But aren't children who aren't privately insured covered by federal or state Medicaid services like Florida's Kid Care program? Some are, but not all. Some lower-income families don't meet all the criteria to receive government assistance. Also, months or even years may pass before an application for disability coverage is approved. A person must be jobless for two months before applying for unemployment benefits (and, until 2009, the waiting period had been six months).

Families may have just moved into the state and haven't established residency, or a child in need of medical intervention may have parents who aren't legal residents. Pregnant women and the children of parents working for the state of Florida aren't eligible for the state's Kid Care program [source: Bousquet].

The hospital that serves that portion of Northwest Florida -- Sacred Heart on the Emerald Coast -- spends as much as $1.5 million each month on providing care without any compensation whatsoever in return.

While many families do have Medicaid coverage, there's a shortage of health care providers who accept it. This is in part due to cuts in funding to the state Medicaid program and also a lack of recruitment on the part of the state to sign more doctors up. So while only two out of five kids in Walton County have any dental insurance at all, there aren't any dentists in the county who accept Medicaid, and only one in Okaloosa who does.

The result is a serious health care crisis in northwest Florida. Many of these uninsured children receive no preventive care, and many don't receive the help they need when they get sick or hurt. This can culminate in longer illnesses, more missed school days and a poorer state of health than children who do receive preventive and routine care.